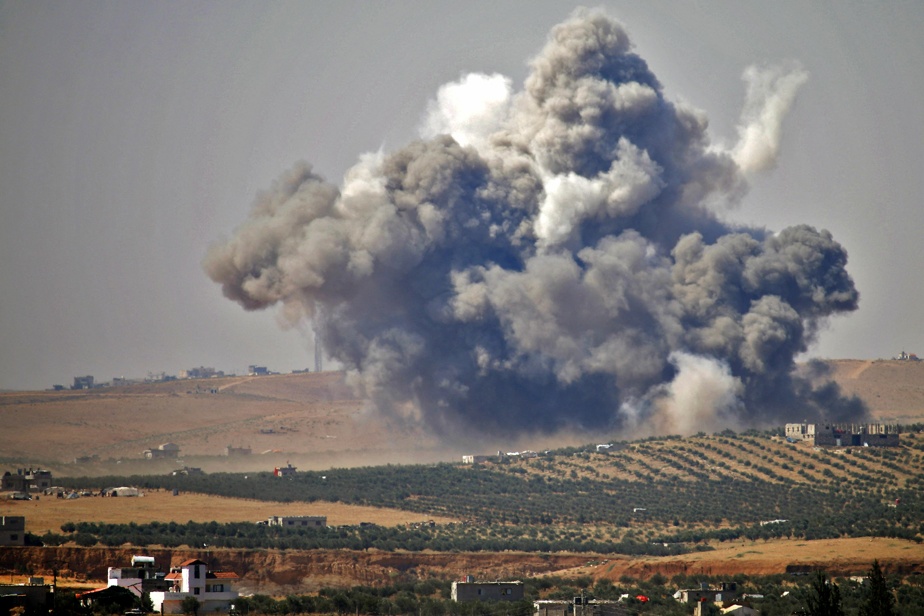 (Beirut) 23 people, including eight civilians, were killed on Thursday in Daraa in the “most violent” fighting that has struck this southern Syrian province since it was retaken by the regime three years ago, according to the Syrian Observatory for Human Rights.

Cradle of the uprising against the regime of Bashar al-Assad in 2011, Deraa was taken over by government troops in the summer of 2018. But under an unprecedented agreement, the rebels were allowed to stay there, with some joining the army or maintaining control of parts of the province.

Since then, the industry has been regularly shaken by terrorist attacks and attacks against regime forces.

Tensions reached a new high on Thursday, and the region had seen “the most violent clashes since it was taken over by the regime,” OSDH said, according to which five children were among those killed.

The fighting was sparked by shell fire from regime forces trying to advance on the ground to attack Deraa al-Balad, a large area in the capital held by former rebels.

In retaliation, the opposing camp launched a counterattack and captured several regime positions in the province, with around 40 regime fighters captured, according to the OSDH.

In the province, which lies on the border with Jordan and Israel and parts of which still enjoy relative autonomy, a total of 23 people were killed on Thursday.

According to the OSDH, this number includes at least eight Syrian soldiers and seven fighters from the rebel camp.

The official Sana News Agency quoted a medical officer in a government-controlled sector of Daraa city as saying that two civilians, including a child, were killed in mortar attacks by armed groups.

And according to the agency, “the Syrian army has been stationed in several areas near Daraa al-Balad to strengthen security,” accusing local militants of attacking soldiers and civilians.

In March, armed men killed 21 Syrian soldiers in an ambush in Daraa.

The pro-regime daily Al-Watan reported on Thursday “the beginning of a military operation against terrorists who have” sabotaged the reconciliation agreement, “referring to the initiatives the regime had negotiated with the rebels at the time of its recapture.

Since 2011, the war in Syria has killed nearly 500,000 people and forced millions of people to flee.

Variant Delta | A warning and a call to action, according to the WHO