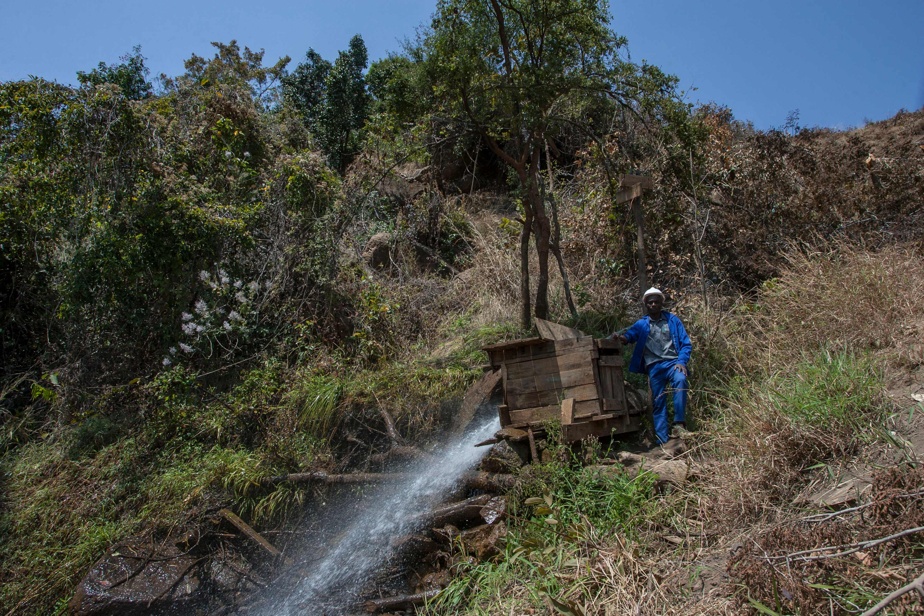 (Yobe Nkosi) Night falls over the hills of Malawi. In the village of Yobe Nkosi, more than 300 km from the capital Lilongwe, little lights are now twinkling in the school: until now, children used to study by candlelight when there was money.

“With the flow we now have no more excuses for failing our exams,” says Gift Mfune, an elementary school student.

Malawi, a small landlocked country in southern Africa, is one of the poorest in the world. According to NGOs, only 11% of the population are connected to electricity and only 4% in rural areas. And in some places like this, all activity stops after sunset.

Back in his village a few years ago, after completing his studies, Colrerd Nkosi, now 38, could not bring himself to return to an everyday life without electricity.

He soon realizes that the Kasangazi River is flowing past his house with just enough force to pedal his bicycle. Without any special training as an electrician, he tinkered with a dynamo and managed to draw electricity into the house.

When the villagers come to his home in large numbers to recharge their cell phones, he tells himself that he has to push the project forward.

By directing the water out of the river, he manages to create a small waterfall. “I built a hydropower turbine with a refrigerator compressor that supplied six houses with electricity,” he told AFP in overalls.

Today the village of Yobe Nkosi is supplied by its small artisanal power station, which is installed a little away from the village and which it now fires with the motor of a corn peeler. And his school is the only one of 17 in the region that is lit.

The electricity is transported over two kilometers through rudimentary steel wires that hang from tree trunks and serve as electricity pylons.

The contributions don’t even cover the maintenance costs and it’s his pocket, but even if it doesn’t work, the self-taught person wants to connect the other villages and the other schools.

“People will no longer cut trees or use charcoal,” he hopes. And the students have “more time to study”.

His invention caught the attention of local authorities to provide electricity to the area’s 18,000 residents. The Department of Energy has pledged to help “build safe and reliable power lines”.

On the other side of the valley a shout rises from the house of his cousin Satiel Nkosi. Inside, the family huddles around a small white television. The older ones enjoy making daring comments while watching a Zambian comedy, much to the chagrin of the younger ones.

“We are grateful to Colrerd for bringing us the electricity. Words are not enough to say how much this has changed my life, there is so much I can do now, ”says Satiel Nkosi.