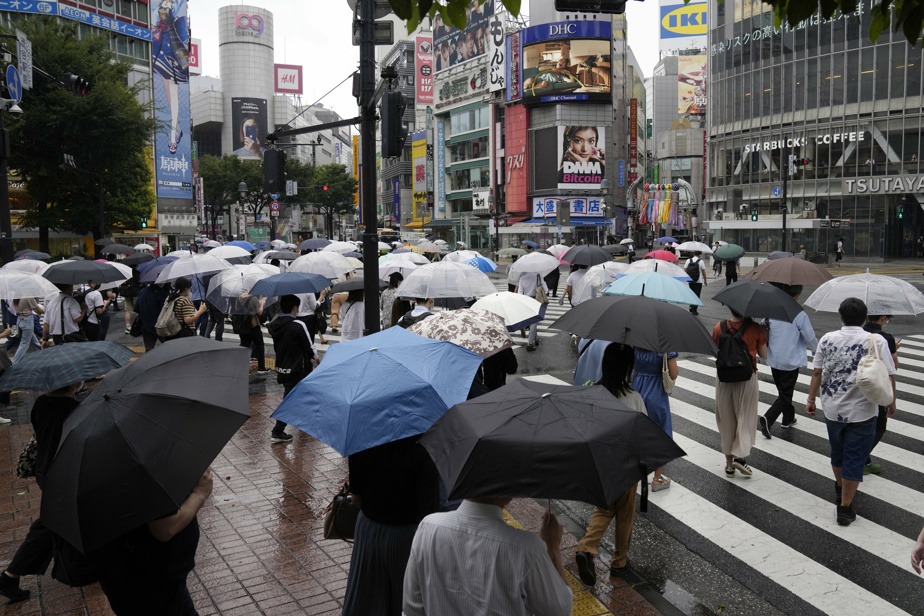 (Tokyo) A new tropical storm is expected to hit the Tokyo region on Sunday, the last day of the Olympic Games, organizers announced on Friday, without announcing any changes to the competition schedule.

Japan’s weather agency warned of high winds, strong waves and the risk of landslides and flooding along the east coast from Saturday afternoon to Sunday when tropical storm Mirinae is expected to hit the Tokyo area.

The closing ceremony of the Olympic Games takes place on Sunday evening and some events, including water polo and rhythmic gymnastics, are held indoors during the day in the Japanese capital.

Track cycling races are also on the agenda in Shizuoka, southwest of Tokyo, while the men’s marathon begins early Sunday in the northern city of Sapporo.

“We are steadfastly and calmly attentive” to the storm’s trajectory, Tokyo 2020 Organizing Committee spokesman Masa Takaya told reporters. “It is necessary to inform you objectively so that we can avoid overreacting,” he added.

A tropical storm called Nepartak hit Japan last week, forcing Olympic Games organizers to postpone some rowing and archery events, but they made it to the surf finals to take advantage of the strong waves.

Typhoon season in Japan runs from May to October, with a peak in August and September.

When Japan hosted the Rugby World Cup in 2019, three group games were canceled due to Typhoon Hagibis, which killed more than 100 people.

Afghanistan | The Taliban are not loosening their grip in the north

WHO and Unicef ​​against new school closures due to Corona |