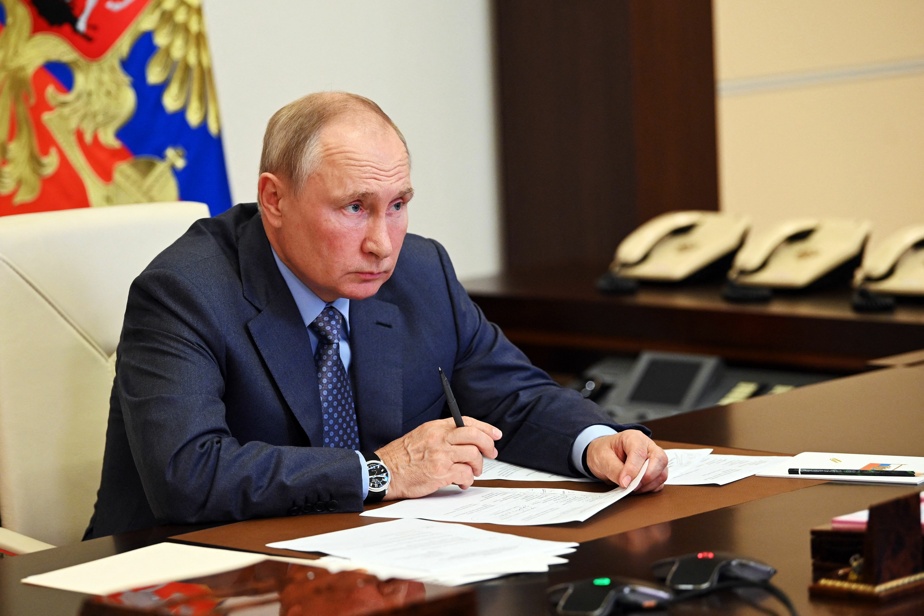 (Moscow) President Vladimir Putin on Saturday expressed concern about natural disasters of “absolutely unprecedented” proportions in Russia, faced with devastating forest fires in Siberia and floods in the south.

Urged by regional officials via video conference, the Russian President urged the government to do everything possible to help the residents of the regions of Siberia affected by violent forest fires made worse by the drought or floods in the south of the country.

In Yakutia (Siberia), the largest and coldest region in Russia, forest fires this summer devastated an area larger than Portugal.

Russian scientists and environmentalists have established that the current fires are, in fact, a consequence of climate change and global temperature rise.

All of this shows once again how important it is to be intensively and systematically involved in the climate and environmental agenda in the future.

The Russian President urged the authorities to be ready to evacuate more people – especially the elderly – in the areas affected by the fire, and to provide them with economic support.

He also called on regional officials to quantify the damage caused by the fires and plan to rebuild the houses.

Regional officials have asked Moscow for reinforcements and economic assistance to repair the damage caused by these disasters.

Aysen Nikolaïev, President of Yakutia, also stated that the scale of the fires that struck the region was “a first in history”. He also asked for support measures for the damage to the crops.

This week, the Russian authorities commissioned a special operations center to fight fires in Siberia and mobilized additional firefighters.

The governor of the Krasnodar Territory (South), Veniamine Kondratiev, stressed that the region “received the same rainfall in one day that normally falls in a year”.

In the Crimean peninsula, which was annexed by Russia to the detriment of Ukraine in 2014, local leader Sergei Axionov said two people had died from the floods and more than 3,000 people had asked the authorities for help.

Vladimir Putin was known for years for his climate skepticism, arguing that Russia would benefit from climate change.

However, the Russian President attended a summit meeting hosted by US President Joe Biden earlier this year and expressed his interest in “international cooperation” on climate change.

Lithuania is now pushing back migrants arriving from Belarus

Taliban parade at Kabul airport after US withdrawal

Tsunami warning after the earthquake off Vanuatu. canceled