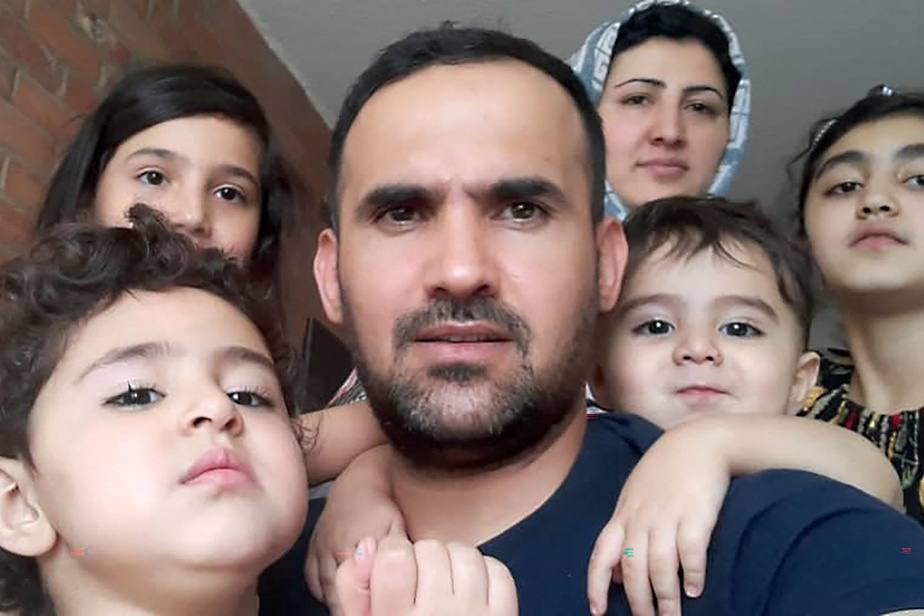 Ehsan Saadat is still in shock: he managed to flee Afghanistan and find refuge in Canada with his family while thousands of others are desperately trying to get to Kabul airport or find a place on a plane to get out to flee their country. La Presse spoke to him.

The 33-year-old has been observing a quarantine in a hotel in Toronto since August 8, from where he can leave in less than 24 hours. But his trip from Kabul to Toronto required courage and determination to overcome the obstacles set up by the Taliban, but also the severity of the Canadian bureaucracy.

“I didn’t think about leaving the country,” remembers Ehsan Saadat in a video chat on Messenger. As a research director with about fifty employees on projects supported by Canada and NATO, among others, he earned an enviable salary. “My mother-in-law and father-in-law have lived in Canada since 2017. My wife thought they could sponsor us. But my life was going well. I had a good life, a normal life, a good salary, and I didn’t want to move. ”

But in 2021 this normalcy gave way to fear. And when Afghan cities fell into the hands of the Taliban, his Canadian boss advised him to leave.

His research “on corruption, women’s and human rights” made him a target.

Ehsan Saadat tried everything. First an electronic identity card. Then one visa application for Tajikistan, which was denied for various reasons including COVID-19, and another for Uzbekistan were also denied. “I panicked. On the black market, he was billed $ 600 per person for a visa for Turkey, $ 600 for Tajikistan, and $ 800 for Uzbekistan.

“I didn’t have any money,” he says. My boss offered to help me. I did some new research, but it was difficult. I used all of my contacts and it didn’t work. I applied for a visa to Pakistan and India. But I was rejected. ”

At the end of July, he discovered the Canadian immigration program on Facebook. “That was my last chance,” he says. I had to make sure I got the visas. I had to convince the Canadians that they had to help me. ”

A day or two after filling out “very long forms” and sending in all the required documents, he was asked, along with his wife Tamana (31) and their four children, to present their biometrics in person. Zahra, 8, Narwan, 4, and Mohammad, 2.

Honestly, believe me, my friends thought it was a fraud that all of these Canadian government emails were fake.

Ehsan Saadat still did what was asked of him without telling anyone.

It was 5 a.m. the next day when he opened his eye. He grabbed his cell phone. An email appeared: “Your plane is booked. “I jumped on the bed,” he says. I woke my wife and told her, “Our flight is booked!” Then I opened my computer and read the message two or three times. We were told where we had to go at what time, what we were allowed to bring, how much luggage … ”

The researcher thought for a long time before packing his suitcase. He took his documents, his computer, some traditional costumes, a carpet donated by his father and his photo albums with him. “I thought to myself, ‘One day my kids are going to ask where we are from and I need to have these things.’ ”

The meeting was scheduled for August 7th at 6:30 p.m. in a secret location. Ehsan Saadat gave his brother the keys to his house and car, then he and his family left. “We were happy but still worried: will we really be able to fly? We were not sure. ”

At 4.30 a.m., after performing the PCR tests, the passengers were taken to the airport. Direction Toronto via Istanbul.

“Even when we landed in Istanbul, I wasn’t sure we could fly to Canada,” he continues. I had the visa, I had everything, but I couldn’t help but think that something was going to happen, that we were told that we had to stay in Istanbul for a week or a month to do our best there. Quarantine. Then the pilot announced that we would take off from Istanbul for Canada. And that’s when I realized that we were really going to go. ”

Canada’s demands on Afghan asylum seekers will no longer be so selective. Canada decided on Friday to speed up the process of evacuating and receiving families of interpreters and others who contributed to the Canadian mission in Afghanistan.

Immigration Minister Marco Mendicino made it clear that the Canadian government would not require passports or a negative COVID-19 test from passengers and that a safe third country would take care of their biometric assessment.

Canadian soldiers were sent to Afghanistan to facilitate the evacuation of refugees. And two C-17 transport planes were deployed this week to operate flights to Kabul and Kabul.

Defense Minister Harjit Sajjan confirmed that the first plane carrying Afghan refugees took off from Kabul on Thursday evening with 188 people on board.

Around 1,000 Afghan refugees have arrived in the country since the evacuation campaign began.

Ehsan Saadat was among the first to be relocated by the government under the special program for asylum seekers. Conditions have worsened since leaving Afghanistan. The biggest obstacle remains the Taliban checkpoints that Afghans have to pass through to reach Kabul airport, said Minister Mendicino.

NATO countries have mobilized enough planes for their evacuation operations, but those seeking evacuation are struggling to get to Kabul airport.

The 30 NATO countries called on the Taliban on Friday to allow evacuation seekers to leave Afghanistan and demanded that the allies continue to work “closely” together in these operations.

“We call on the authorities in Afghanistan to respect and facilitate their safe departure, especially via the international airport,” said a joint statement in Kabul.

Ehsan Saadat is safe in Toronto. But he can’t help but think of his three brothers and five sisters who are still stuck in Afghanistan.

Will he ever return to his country? “No. If the Taliban are in power, I’ll never return. Even if they say they won’t kill me, I won’t trust them.”

With the Canadian press and Agence France-Presse