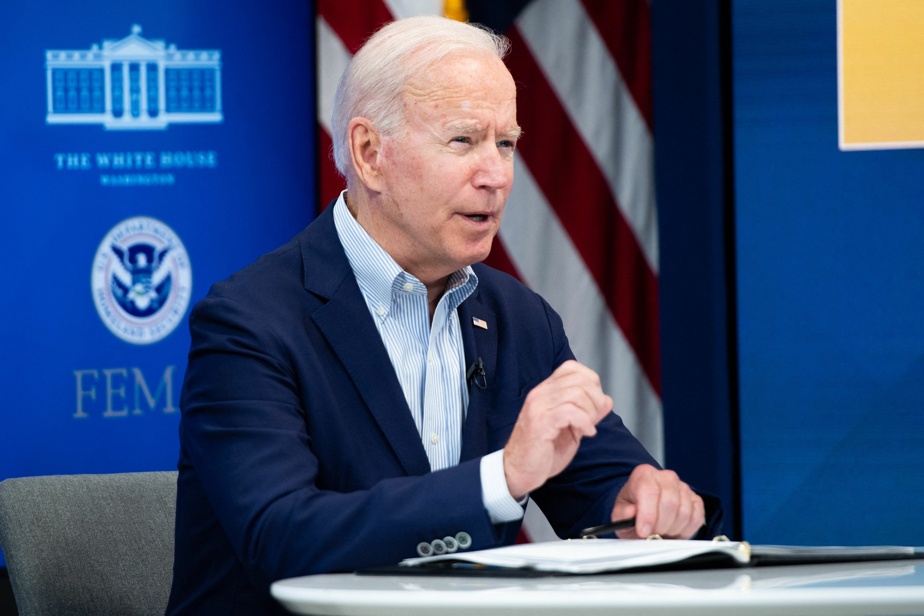 (Kabul) A new attack on Kabul airport after the deadly bomb attack on Thursday is “very likely” Sunday or Monday, a few days before the end of the US evacuations, according to Joe Biden, so many Afghans are still hoping to take their country under the threat posed by the Taliban.

“The situation at the crime scene remains extremely dangerous and the risk of a terrorist attack on the airport remains high,” wrote the US President in a statement published on Saturday evening. “Our commanders have informed me that an attack is very likely within 24 to 36 hours.”

A few hours later, the American embassy in Kabul asked all Americans to leave the area around the airport, as in the past few days, “because of a concrete and credible threat”.

Former Afghan government health officials told AFP that around 90 people who were hospitalized in Kabul were killed and 150 injured in the attack on Thursday near the capital’s airport. Some local media reported 170 fatalities. Thirteen American soldiers and two British also died.

This attack, alleged by the Islamic State in Khorasan (IS-K), sparked retaliation by the US military. Two “important targets” of the EI-K group, “organizers” and “operators”, were killed in a drone attack in Afghanistan and another was injured, the Pentagon announced on Saturday without naming them.

“This strike wasn’t the last,” warned Joe Biden on Saturday night. “We will continue to hunt down anyone involved in this hideous attack and make them pay.”

A few days before the August 31 deadline for the withdrawal of American soldiers after 20 years of war, the evacuations of those who want to flee the new Taliban regime will end at Hamid Karzai International Airport.

Heavily armed Taliban fighters circulated on Saturday, according to AFP journalists, on the grounds and in ancillary buildings of the airport under the gaze of soldiers of the US Marine Corps from the roof of the passenger terminal.

German soldiers control the Afghans who are to be evacuated from Kabul airport.

The Taliban have cordoned off the roads leading to the airport and only allow approved buses to pass. AFP journalists saw more than a dozen buses unload passengers at the airport’s main gate on Saturday.

The attack forced the Taliban and the Americans to work more closely together. “We have lists from the Americans […] If your name is on the list, you can pass, ”a Taliban official told AFP.

But there are no longer the thousands of people who gathered for days outside the compound, the last enclave in Afghanistan occupied by Western troops, in hopes of access to the tarmac, noted AFP.

According to the latest information from the US government, around 112,000 people have been evacuated since August 14, the day before the Taliban came to power in Kabul.

Turkish officials have started talks with the Taliban to get the airport back into operation. Turkish President Recep Tayyip Erdogan said the Taliban wanted to oversee airport security and offered Ankara to handle the logistics.

Joe Biden promised to meet the airlift deadline for his handling of the Afghanistan crisis and the withdrawal of the US military at home and abroad. After the attack, NATO and the European Union called for the evacuations to continue despite everything.

End of the British evacuation

The UK’s evacuation operation in Afghanistan ended on Saturday with the departure of a plane carrying its last soldiers.

British Defense Secretary Ben Wallace estimates that up to 1,100 Afghans who can travel to the UK have been left behind. London will welcome them if they manage to leave the country by other means after the deadline, General Nick Carter said, saying it was “heartbreaking” not to have to “get everyone out”.

France, Switzerland, Italy, Spain and Sweden announced on Friday that they have completed their evacuation flights like Germany, the Netherlands, Canada or Australia.

French President Emmanuel Macron said on Saturday that France had already evacuated 2,834 people from Afghanistan and was “holding talks” with the Taliban and Qatar to continue evacuating threatened Afghans.

These evacuations are planned together with Qatar, which, as part of its talks with the Taliban, has the opportunity to “arrange air transport operations,” said Macron in Baghdad, where he was attending a regional conference.

Especially those who have worked with foreigners or the ousted pro-Western government in recent years fear being silenced or even harassed, and have fed the flood of many exit candidates.

Women have “the innate right” to work, Sher Mohammad Abbas Stanikzai, a former Taliban negotiator at the peace talks in Doha on Friday, tried to reassure during a press conference.

UN Secretary General Antonio Guterres has convened the permanent members of the Security Council for a meeting on Monday on the situation in Afghanistan.