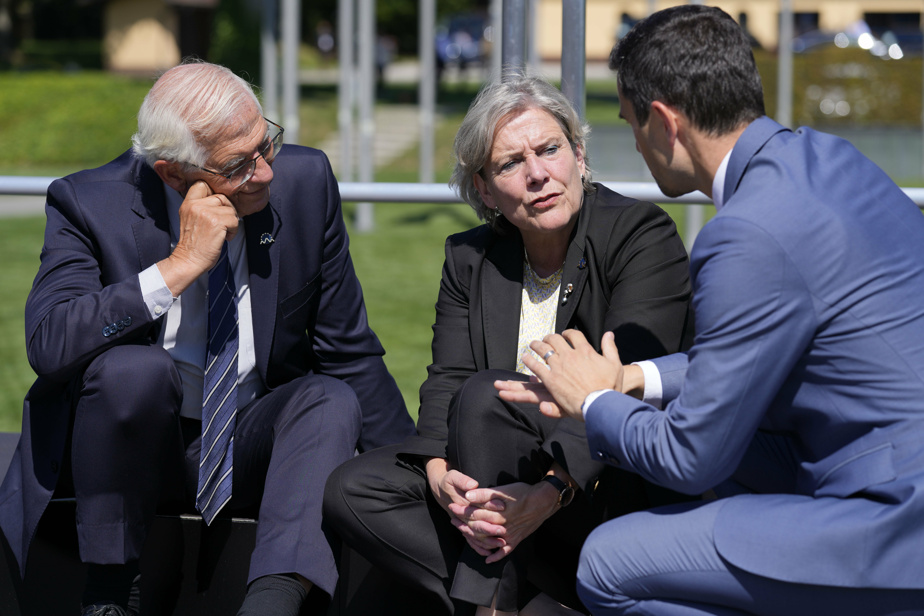 (Brdo Castle (Kranj)) On Friday, the EU countries detailed their conditions for their future relations with the Taliban and decided to coordinate a civilian presence in Kabul to help with evacuations if security allows.

“We have to talk to the new Afghan government, that does not mean recognition, it is an operational dialogue,” said the head of European diplomacy Josep Borrell during a press conference on the occasion of a meeting of EU foreign ministers in Slovenia.

“This operational dialogue will intensify depending on the behavior of this government,” he added.

He set out a number of conditions, while the new government in Kabul is due to be presented by the Taliban on Saturday at the earliest.

In particular, the Europeans have set the conditions that Afghanistan does not serve as a rearward base for terrorism, that the authorities respect women’s rights and freedom of the press, the formation of an “inclusive and representative” government and unhindered access for humanitarian aid, which is what the Europeans set out to do EU plans an increase.

The Taliban have returned to power 20 years after being ousted by a US-led coalition and since taking Kabul on Nov.

Josep Borrell added that the Taliban must deliver on its promise to allow vulnerable foreigners and Afghans to leave after the US-led evacuation operations end in late August.

“For us, these conditions are not negotiable,” said Federal Foreign Minister Heiko Maas.

“Of course, no one has the illusion that they will all be 100% fulfilled in the coming days,” he added, referring to a “long-term task”.

In order to enable those who could not be evacuated to leave the country, the EU states agreed to set up a “presence” in Kabul.

“We have decided to work in a coordinated manner to coordinate our contacts with the Taliban, including through a presence in Kabul. […] when security conditions allow, ”said Borrell.

In order to “evacuate the people we want to take in (in the EU, editor’s note), we need a strong commitment, a strong contact” with the existing power, he emphasized.

European diplomats have left Afghanistan to join neighboring countries or to return to their countries of origin.

However, the EU fears that a European diplomatic absence will leave the field open for powers like Russia, China, Iran, Pakistan and Qatar who have left their embassies open.

However, Heiko Maas said that EU countries would need “security guarantees” before a diplomatic presence returns.

“If we want to help the Afghans, we need people there who can help those who need them,” he said.

The United Nations said it has resumed humanitarian flights in the north and south of the country.

The EU Foreign Minister also spoke of the need to continue cooperation with Afghanistan’s neighbors through “a platform for regional political cooperation”.

At a meeting of their interior ministers on Tuesday, the 27 pledged to help the countries in the region take in refugees fleeing the Taliban.

The EU wants to avoid an influx of migrants on its soil as in 2015, but this has not yet happened. Pakistan and Iran host the largest contingents of Afghan refugees.

Biden on the ground to defend his economic reforms

Fake news ahead of federal election: what’s the danger? |