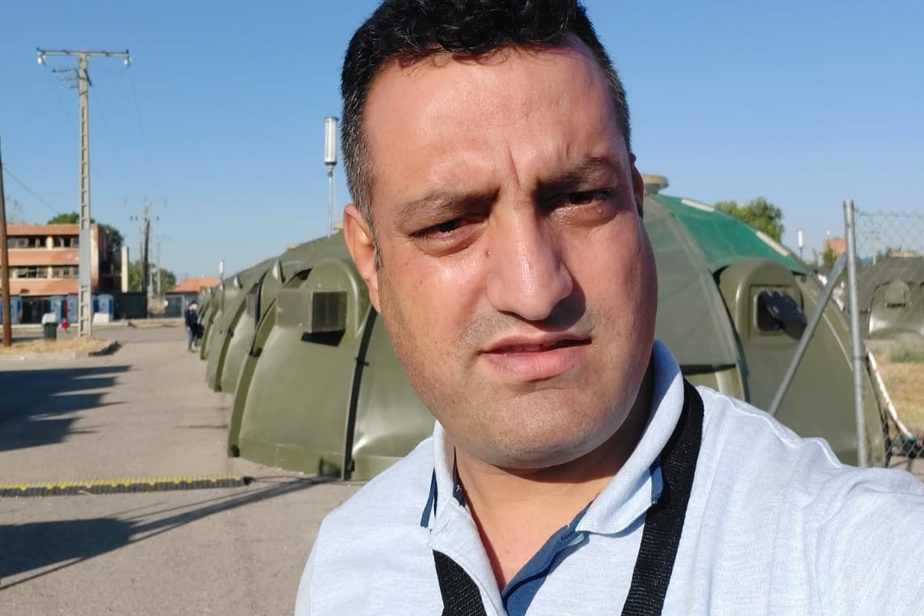 Three Afghan fixers who have already worked for La Presse were able to flee the country by plane in the past few days. They tell of their agonizing journey between the Taliban checkpoints, the chaos in front of the Kabul airport and the plight of their compatriots, who still brave the bombs to find a place on an airplane.

The call came on August 16, one day after the Taliban invaded Kabul. The Qais employer asked him to take his family to a meeting point where buses were waiting for them. They had the opportunity to escape, but had to leave their homes, friends, and most of their possessions. “They only gave us a couple of hours,” he says.

Qais (like many Afghans he only uses a first name) had previously worked for La Presse as a fixer, a local agent who acts as both interpreter and guide, during a report by journalist Marc Thibodeau in Afghanistan. He was now working for a European organization that had promised to keep its employees safe when religious fundamentalists began to take control of the country.

He and his wife, four children, picked up their things. You were entitled to three rucksacks for all your luggage. “Most of the items we brought were for my 1 year and 10 month old baby and my 6 year old daughter,” he says.

The buses drove to Kabul Airport, which is controlled by the US military and several of its allies. The small convoy was stopped at an armed Taliban roadblock.

They got on the bus. I cocked my head and looked at my shoes. I was very scared that they would ask me to come down.

Qais, who previously worked as a fixer at La Presse

“I gave my son my phone and asked him to hide it as a precaution … I heard that they could search the photos, videos and registered phone numbers and that there might be problems,” he says.

One man on the bus came from a tribe that had more cordial relations with the fighters than others. He negotiated. The convoy was able to continue.

The workers tried to get to the north entrance of the airport, but the crowd, rushing outside the door with the energy of desperation, prevented them from approaching. They walked around and reached the east entrance where they could pass.

After a few hours they could take place in a French military plane. They made a stop in Abu Dhabi and then landed in Paris. You have now been transferred to Spain and then to Luxembourg.

“We have been selected for Luxembourg, it is our ultimate goal,” he says happily.

Abandoned meal on the table

Akbar Shinwari, an Afghan journalist who once worked as a fixer for La Presse during a Laura-Julie Perreault report, had recently received threats from the Taliban.

The British TV station ITV from London had brought him to the Serena Hotel near Kabul airport to organize his departure from the country. The trip was arranged with the Qatari ambassador, who had settled in at the hotel and negotiated a safe passage with the Taliban for several travelers.

Akbar Shinwari’s family was about to sit down at the table when they were asked to come to the hotel as soon as possible. She went in a hurry and left the food on the table.

While he was waiting in the hotel with his wife and five children to leave, the journalist heard a knock on the door of his room. When it opened it faced two armed Taliban.

“They asked me if I had worked for the US military. I said that I am a journalist and only work with the media, ”he says. The two men left him alone.

With an escort from the Qatari ambassador, his group made it to the airport and passed four Taliban roadblocks. When he arrived in the “green zone” controlled by the Americans, he was overwhelmed by emotions.

It was painful to leave my country and to see all these educated people who are an asset to the country.

Akbar Shinwari, Afghan journalist who previously worked as a fixer for La Presse

His plane landed in Doha and his family has been living in new premises for a few days, which were built for the soccer World Cup next year.

However, he is concerned about some of his relatives who are left behind. With the crowd in front of the airport and the attack on Thursday, he would not advise them to go there and try their luck. “I wouldn’t send her there,” he said. He hopes that a third country like Qatar will continue to offer some travelers a safe route to the airport.

“They say it’s like the end of the world”

Walid Fazly, who once worked as a fixer for La Presse during a report by Isabelle Hachey, had just arrived at Washington Airport on Thursday when we were able to reach him. He will be able to rebuild his life in the United States.

Mr Fazly had previously received threats from the Taliban because of his journalistic work. He is pessimistic about the future of his country. “With the arrival of the Taliban, it got dark in the city. I was worried about my children’s future, ”he explains.

Having previously worked for several American television stations and newspapers, as well as for a university in Indiana, he was able to obtain visas for himself, his wife, his parents and his three children.

He too left the Serena Hotel in a convoy that had been cleared by the Taliban roadblocks. He was worried when he saw the huge crowd at the gates of the airport.

There are so many people I could never have crossed if I hadn’t been on that bus.

Walid Fazly, who previously worked as a fixer for La Presse

“There are thousands upon thousands of people. I spoke to friends who are still here today [jeudi]. There have been explosions, they say it’s like the end of the world. Everyone is confused, but people are still trying to get in, ”he said.

He worries about those who don’t make it to the entrance. “There should be a way to help people who don’t have transportation. If we leave, many will be killed or tortured, ”he worries.

US base Ramstein converted into Afghan refugee camp

FDP wants to probe first with Union, then with SPD |