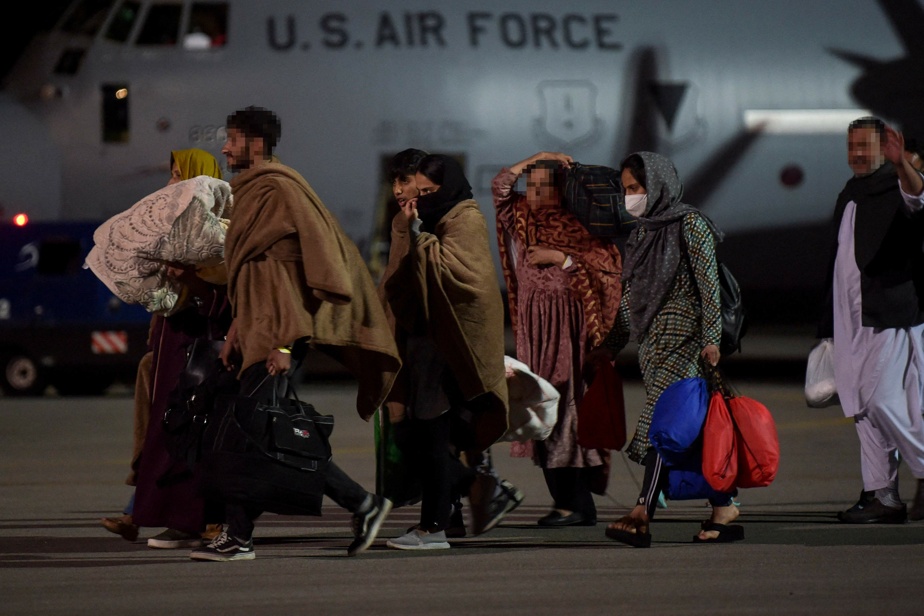 (Kabul) On Monday morning, rockets were fired at Kabul airport, shortly before the planned departure of the US army from Afghanistan, which after 20 years of presence is carrying out its final evacuations under threat of attacks by the jihadist group Islamic State.

The Islamic State jihadist group in Khorasan (EI-K) claimed responsibility for the rocket attack on the airport in the Afghan capital, Kabul, on Monday.

“Caliphate soldiers attacked Kabul international airport with six missiles,” the group said in a statement. A Taliban official at the scene said five missiles were fired and intercepted by the airport’s anti-missile defense system.

US President Joe Biden has set Tuesday as the deadline for the withdrawal of the last US troops from Afghanistan, where they invaded in 2001 to defeat the Taliban after the 11th attacks.

This gigantic airlift, which began on August 14 and ends on Tuesday, made it possible, according to the White House, to exfiltrate 116,700 people, including 1,200 between Sunday and Monday.

Tensions over the final phase of evacuation operations have peaked since Thursday’s attack near the airport alleged by the Islamic State in Khorasan (IS-K), which left more than a hundred dead, including 13 American soldiers .

The Americans, who immediately warned of new attacks, destroyed a vehicle loaded with explosives on Sunday in order to suppress “an impending threat” by IS-K against the airport.

Washington has not entirely ruled out the possibility that the strike claimed civilians on Sunday. A car bomb destroyed it on the way to the airport and a nearby house was also hit, according to a Taliban spokesman.

Several rockets were fired at the airport on Monday, the White House confirmed, stating that evacuation operations would continue “without interruption”.

A Taliban official at the scene said five rockets had been fired and stopped by the airport’s anti-missile defense system.

“We can no longer sleep”

An American drone then aimed at a car that had fired rockets less than two kilometers from the airport. While these missiles appear to have cost no victims, they have further exacerbated local residents’ fear.

“The sound of rockets flying over our house woke us up. We were scared, ”one of them named Abdullah told AFP. “We haven’t been able to sleep properly since the Americans took control of the airport. We are constantly disturbed by gunfire, rockets, sirens or large planes. ”

The United States has 2,500 deaths and a bill of more than $ 2 trillion in 20 years. They emerge from this war, the longest America has ever seen, with an image tarnished even more by their inability to predict the speed of the Taliban’s victory and by their evacuation management.

In retaliation for Thursday’s attack, the US carried out a drone attack on Saturday in eastern Afghanistan, killing two “senior” members of the Afghan branch of ISIS and injuring a third. They warned that it would not be “the last”.

“We know that there were large and powerful explosions as a result of the destruction of the vehicle, which indicated the presence of a large amount of explosive material inside, which may have caused additional casualties,” he said) Sunday night. “It’s not clear what happened and we’re still investigating.”

Monday is marked by intense diplomatic activity. Washington is bringing its “key partners” (France, Canada, Germany, Italy, Japan, UK, Turkey, Qatar, European Union and NATO) together via video conference to discuss “a concerted approach” for the future beyond August 31.

A meeting of the permanent members of the Security Council is also planned. France and Great Britain must advocate the creation of a “safe zone” in Kabul to carry out humanitarian operations, according to French President Emmanuel Macron, an idea welcomed by Moscow.

The Taliban have promised to allow all foreigners and Afghan nationals with settlement permits to leave the country after Tuesday.

The supreme leader of the Taliban, Hibatullah Akhundzada, who has never appeared in public, is in Kandahar (South), where he has lived “from the beginning,” said his movement on Sunday that he would “soon appear in public.”

Merkel calls for commitment to democracy |

Tax fraud: the information portal could lead by example |