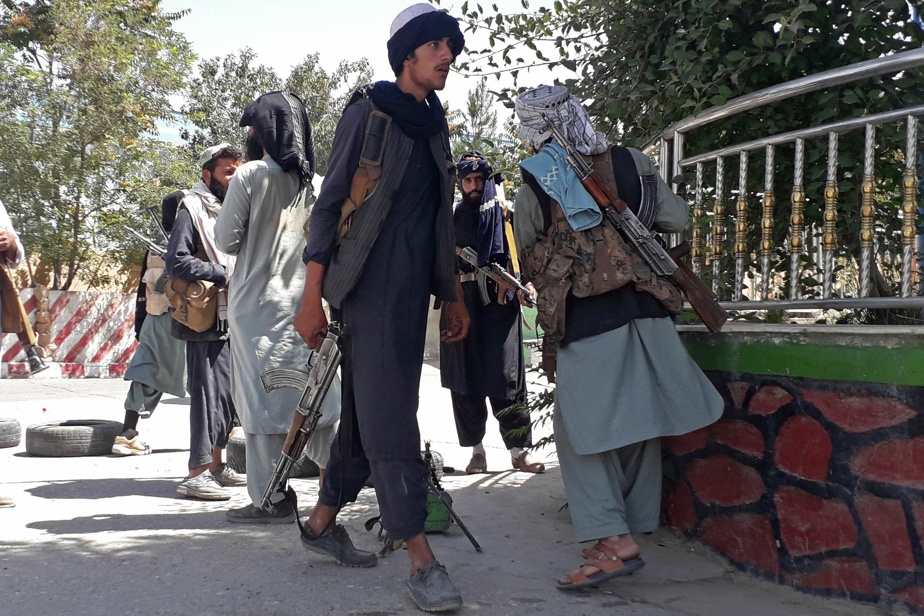 The Taliban announced Thursday that they had captured Kandahar, Afghanistan’s second largest city and a key location for the Canadian military in the country. Given the dizzying advance of the insurgents last week, Canadian special forces would be ready to evacuate the Canadian embassy in Kabul before it closes.

Canada’s Special Operations Forces are being deployed to Afghanistan for the operation, a source familiar with the matter told The Associated Press. The officer, who spoke on condition of anonymity since he was not authorized to speak publicly about the case, did not indicate how many soldiers would be deployed.

In an email late Thursday evening, Ciara Trudeau, spokeswoman for Global Affairs Canada, wrote that “the safety of the Canadian embassy and our staff in Kabul is a top priority”.

“For security reasons, we do not comment on operational issues that are specific to our missions abroad,” added Ms. Trudeau.

Taliban in the streets of Ghazni on Thursday

“People talk about Kabul falling within a few weeks. So they decided to do a so-called NEO – a non-combat evacuation operation, ”explains Walter Dorn, professor at the Royal Military College of Canada.

The US State Department had previously announced that it would relocate 3,000 US soldiers to Kabul Airport to help evacuate staff from the US Embassy.

On Thursday, the embassy also sent a warning urging Americans to leave the country on commercial flights as soon as possible, the New York Times reported.

This move does not call into question the withdrawal of American troops, which, according to Agence France-Presse, is 95% complete. Last April, Joe Biden promised to end the longest war in American history, claiming that all troops would leave Afghanistan on the symbolic date of Sept.

The UK also announced on Thursday that it would be sending around 600 soldiers to Afghanistan to assist British nationals with the exit, amid growing security concerns.

Afghan soldier stationed in Herat, a city also fell by the Taliban on Thursday

If the capture of Kandahar is confirmed, it would be a decisive loss for the Afghan army and the third city to fall to the Taliban in one day. The Afghan government announced on Thursday the loss of Ghazni, which is 150 kilometers southwest of Kabul. Then it was Herat’s turn, the third largest city in the country.

The Taliban also captured Lashkar Gah, the capital of Helmand province, in the south of the country on Friday (local time) after allowing the army and political and administrative officials to evacuate the city, according to Agence France-Eile. In eight days, the Taliban captured almost half of the Afghan provincial capitals. They control most of the north, west, and south of the country.

Only Kabul and a few other provinces are still spared. The Afghan government could even collapse within 30 to 90 days, according to US military officials, as the New York Times announced on Thursday.

“We ask ourselves what we have achieved in Afghanistan in 20 years,” Walter Dorn regrets.

“What is really amazing is this impressive advance by the Taliban,” says Sami Aoun, professor at the University of Sherbrooke and director of the scientific committee of the UNESCO Chair on Prevention of Radicalization and Violent Extremism. “It shows that American intelligence and NATO may not have anticipated this reality that is now being imposed on the ground,” he adds.

The Taliban flag was hoisted in the center of Ghazni on Thursday.

Kandahar and the Canadian Army

15 years ago, according to Walter Dorn, the Canadian military led the way in the defense of Kandahar. The war in Afghanistan cost Canada millions and killed 158 Canadian soldiers.

” [La prise de Kandahar​​], it is also a big defeat for Canada, ”said Professor Dorn. In fact, the Canadian army, which had been in Afghanistan since 2001, was in Kandahar from 2005 and helped protect the city for six years. Mr. Dorn recalls that the Taliban started their uprising in this city in 1990.

“It is a very symbolic achievement for them because they have ruled from Kandahar for years,” he notes. It’s like they’ve conquered their own Kabul. ”

It must be hard for the morale of Canadian fighters and soldiers to see their achievements, which have cost much blood and effort, so wasted. We’re back to square zero and that leaves you with a lot of questions.

Sami Aoun, Director of the Scientific Committee of the UNESCO Chair in Prevention of Radicalization and Violent Extremism

According to Aoun, the effects of the conflict are serious: “The consequences are that the West is losing credibility. [en ce qui concerne sa capacité] defend his achievements and keep his promises to his allies. It is risky for the future, ”complains the professor from the University of Sherbrooke.

The future looks bleak in Afghanistan

Abdullah Abdullah, President of the Afghan High Council for National Reconciliation (center, blue), was in Doha, Qatar, for peace talks with the Taliban.

“The Taliban do not have the capacity to support the local population. Your merit [en territoire] are therefore temporary, but if there is a ceasefire they could consolidate these achievements, ”believes Walter Dorn.

According to Jean-François Caron, professor of political science at Nazarbayev University in Kazakhstan, the Taliban’s victory will not end violence in the country. On the contrary, he says the risks of civil war are great. “We must not imagine that in Afghanistan there is only the Afghan army against the Taliban. There are ethnic groups, the warlords, who are heavily armed and hate the Taliban. You have been disempowered for 20 years and are waiting for a chance to begin the fight. ”

“It’s a tragedy that is unfolding before our eyes,” says Walter Dorn. Millions of lives are at stake. ”