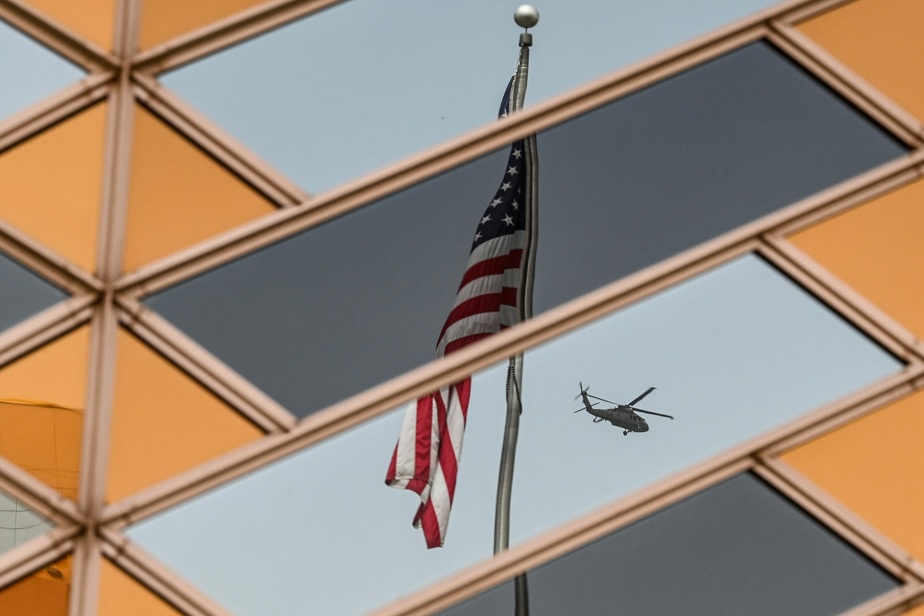 (Washington) Most US troops sent to Afghanistan to assist in the evacuation of diplomats and other civilians will arrive in Kabul before the end of Sunday, the Pentagon said on Friday.

A first battalion of marine infantry has already arrived at Kabul international airport as part of the mission ordered by President Joe Biden the day before, against the background of the rapid advance of the Taliban across the country.

The United States is ready to evacuate “thousands of people every day” from the Afghan capital, Pentagon spokesman John Kirby said at a press conference.

In his view, however, Kabul was not exposed to an “immediate threat”, even though he admitted that the Taliban were trying to “isolate Kabul”.

Almost 4,200 people were still working at the US embassy in Kabul this week. Several thousand Afghans, who served as interpreters or other supporters of the two decades-long US mission, also want to leave the country as soon as possible for fear of reprisals by the Taliban.

The latter continued their relentless advance on Friday, capturing the city of Pul-e-Alam, the capital of Logar province, 50 km south of Kabul. They had previously captured Lashkar Gah, the capital of Helmand Province in the south of the country, hours after the destruction of Kandahar, Afghanistan’s second largest city.

Scholz calls for energy to protect the climate |