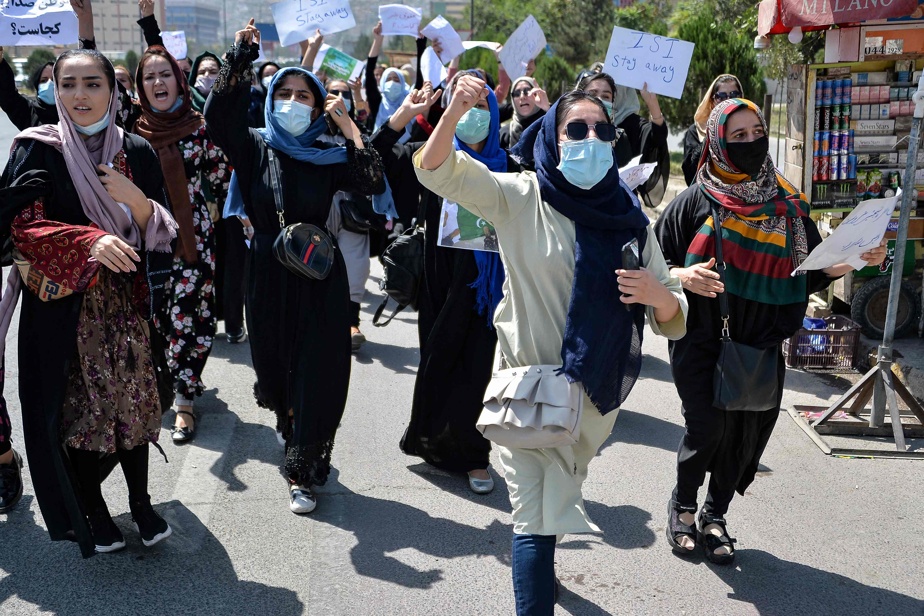 (Kabul) The Taliban appointed key ministers of their government on Tuesday, led by Mohammad Hassan Akhund, a former close friend of their founder Mullah Omar, when the protests against their regime took a deadly turn for the first time.

According to a local doctor, two people were killed and eight shot and injured in an anti-Taliban rally in Herat. These are the first deaths recorded in several major cities in the country during the marches against the new regime in recent days.

“These protests are illegal until government offices are opened and the laws are passed,” warned Zabihullah Mujahid, the Taliban’s main spokesman, and urged the media “not to cover these protests.”

In the government announced by Mr Mujahid on Tuesday evening, the Islamists who had promised to form a government open to other groups trusted the main departments and did not appoint a woman.

Abdul Ghani Baradar, the co-founder of their movement, becomes number 2 in the regime. Mullah Yaqoub, son of Mullah Omar, becomes Minister of Defense. The Taliban’s number two, Sirajuddin Haqqani – leader of the network of the same name, historically close to Al-Qaeda – receives the portfolio of the interior.

“Many of these ‘new leaders’ were already prominently represented in the Taliban before September 11, 2001 and are on UN sanctions lists,” tweeted Bill Roggio, editor of the Long War Journal (LWJ). on the subject of terrorism.

His Prime Minister, Mohammad Hassan Akhund, is known to him for authorizing the destruction of the giant Bamiyan Buddhas, famous 6th century statues.

“The cabinet is not complete,” said Zabihullah Mujahid at a press conference. “We will try to take in people from other parts of the country,” he added, without mentioning the possibility of appointing a woman.

In a very rare public intervention, Taliban supreme leader Hibatullah Akhundzada called on the new government to “enforce Sharia law” in the country.

The government will ensure “peace, prosperity and sustainable development” in the country, he added, and urged his compatriots not to leave. The Taliban regime “has no problem with anyone,” he said. In the past few weeks, more than 120,000 Afghans had gone into exile for fear of the Taliban.

The appointments came after shots were fired in the air in Kabul on Tuesday to break up a demonstration specifically denouncing the violent repression of the Taliban in Panchir, where resistance rose against them.

Almost a hundred demonstrators have gathered outside the Pakistani embassy, ​​denouncing the interference in the country by the Taliban, who are very close to Islamabad. “We don’t want a Pakistani government,” they shouted, as did “Pakistan, out of Afghanistan”.

Zabihullah Mudjahid denied any link between Islamists and Pakistan that has long been denounced by the international community and the former Afghan government.

“To say that Pakistan is helping the Taliban is propaganda,” he said. “We don’t allow any country to interfere in Afghan affairs,” he continued.

The head of the powerful Pakistani military intelligence service Faiz Hameed was in Kabul this weekend, where he most likely spoke to Taliban officials.

According to the Afghan Association of Independent Journalists (AIJA), 14 journalists, Afghans and foreigners, were briefly arrested during the protests and then released by the Taliban.

The majority of the demonstrators were women who fear that the Taliban will exclude them from public life between 1996 and 2001, as it had under their previous regime.

“Afghan women want their land to be free and to be rebuilt. We (Afghans) are tired, ”a protester, Sarah Fahim, from Kapisa, a province northeast of Kabul that was formerly controlled by the French army and is adjacent to Panchir’s, told AFP.

The rebellion in Panchir, a longstanding anti-Taliban stronghold, is led by the National Resistance Front (FNR) and its leader Ahmad Massoud, the son of the famous commander Ahmed Shah Massoud, who was assassinated by al-Qaeda in 2001.

After the proclamation of the Taliban’s victory in the Panchir, Zabihullah Mujahid warned on Monday that anyone who wanted to “instigate a rebellion” would be “severely oppressed”.

However, the FNR claimed to take “strategic positions” in the valley and “continue” the struggle, and Ahmad Massoud, who we do not know if he is still there, urged every Afghan to “stand up for dignity and freedom”. and prosperity ”of the country.

After 20 years after being ousted by a US-led coalition, the Islamists are expected at the turn of the century by the international community. They also undertake to respect the rights of women who were disregarded during their first term in office. But these promises are difficult to convince.

During an official visit to Qatar on Tuesday, US Secretary of State Antony Blinken said the Taliban had once again undertaken to allow Afghans to go abroad “freely with travel documents”.

“We will wait for them on this matter,” he added, while President Joe Biden’s administration comes under pressure amid information produced by hundreds of people, including Americans, stranded at Mazar Airport.

TV format "The final round" In the analysis: Forming a coalition will be a tough nut to crack

SPD and Union embark on explorations – Laschet under pressure |