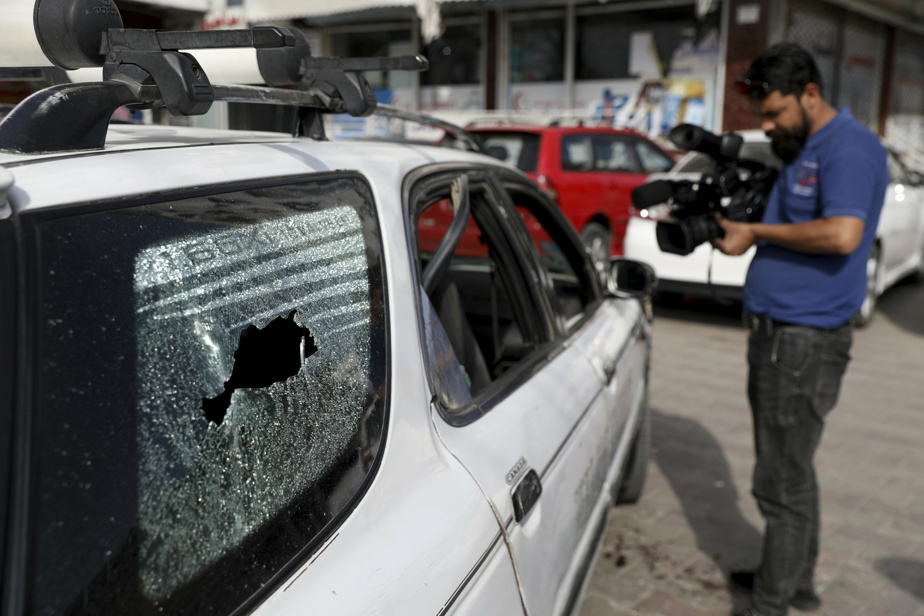 (Kabul) On Friday, the Taliban captured the Afghan city of Zaranj, the first provincial capital that they had captured since the start of their offensive in May, and murdered the head of the government’s communications service in Kabul.

The insurgents entered Zaranj, the capital of Nimroz province in southwestern Afghanistan, without encountering “resistance,” said Roh Gul Khairzad, deputy governor of the province, to AFP.

The small town on the border with Iran, Zaranj, is worth primarily for its economic importance, and its conquest allows the insurgents to control a new part of the Afghan borders.

For the Taliban, this is a very symbolic victory that could have a devastating psychological effect on the Afghan army, whose morale is already the lowest.

The Taliban had already occupied several important border posts with Iran, Tajikistan, Turkmenistan and Pakistan, which represent an important source of income from tariffs for this landlocked country.

Tajik President Emomali Rakhmon said Friday that he controlled the entire border between Afghanistan and Tajikistan, nearly 1,300 km, at a summit meeting of the heads of state of the five former Soviet republics of Central Asia.

In the past three months, the Taliban have captured large rural areas in a lightning strike in favor of the withdrawal of international forces, which must be completed by August 31.

After encountering weak resistance in the countryside, they have been directing their offensives on the big cities for a few days and surrounding several provincial capitals.

The UK has urged all its nationals to leave Afghanistan immediately in the face of a “deteriorating security situation”.

“All British nationals in Afghanistan are advised to travel by commercial (transport) means now,” the UK Foreign Office said on its website on Friday, advising against all travel to Afghanistan and warning that it was “unable to “Extremely limited” to provide “assistance.

During a meeting of the United Nations Security Council, the UN envoy to Afghanistan, Deborah Lyons, urged the Taliban to “cease attacks on cities” and called on the Council to issue an “unambiguous” warning.

Hours earlier, the Taliban had acted on their threat after promising on Wednesday that it would carry out further “retaliatory operations” against senior government officials in response to the Afghan army’s air strikes.

To prove once again that they can strike anywhere in the capital, they killed Dawa Khan Menapal, a former deputy spokesman for Afghan President Ashraf Ghani, at the end of Friday prayers, the ministry said.

Mr. Menapal was a well-known figure in the Kabul media community. The ex-journalist regularly attacked the Taliban on social networks, often with irony.

Sediq Sediqqi, former head of state spokesman, said he was “deeply shocked and dismayed to learn that (his) friend and former colleague has been killed by the enemies of (their) country”.

The Taliban, who had targeted Defense Minister General Bismillah Mohammadi in Kabul on Tuesday, were safe and sound in this attack that killed eight people.

The Afghan and American armies have carried out several air strikes in the past few days to halt the Taliban’s advance into several large metropolitan areas.

Not a safe place

The fighting continued on Friday in Lashkar Gah (south), the capital of Helmand province, where the army launched a counterattack on Wednesday evening, but also in Sheberghan (north), in Jawzjan province, stronghold of the famous warlord Abdul Rachid Dostom.

Marshal Dostom, a powerful leader of the Uzbek ethnicity, returned to Afghanistan on Wednesday, undoubtedly for treatment, after spending several months in Turkey.

The Defense Ministry announced in the late afternoon that the Taliban had been evicted from Sheberghan, where they had previously entered.

The offices of the NGO Action Against Hunger in Lashkar Gah were hit by an “air strike” on Thursday.

“The building was clearly recognizable from both the street and the roof of the building as belonging to a humanitarian organization. In addition, its location was communicated several times to the conflicting parties, ”emphasized the NGO.

Civilians, who pay a high price in war, continued to attempt to flee from the combat zones as the army demanded, but without a safe haven.

In Herat (West), the third largest city in the country, which is also surrounded by the Taliban, many residents left their homes on Friday.

“We have completely evacuated the area,” Ahmad Zia, a resident of the western part of the city, told AFP. “We have nothing left and we don’t know where to go. ”

Mixing vaccines, a “dangerous trend” according to WHO –