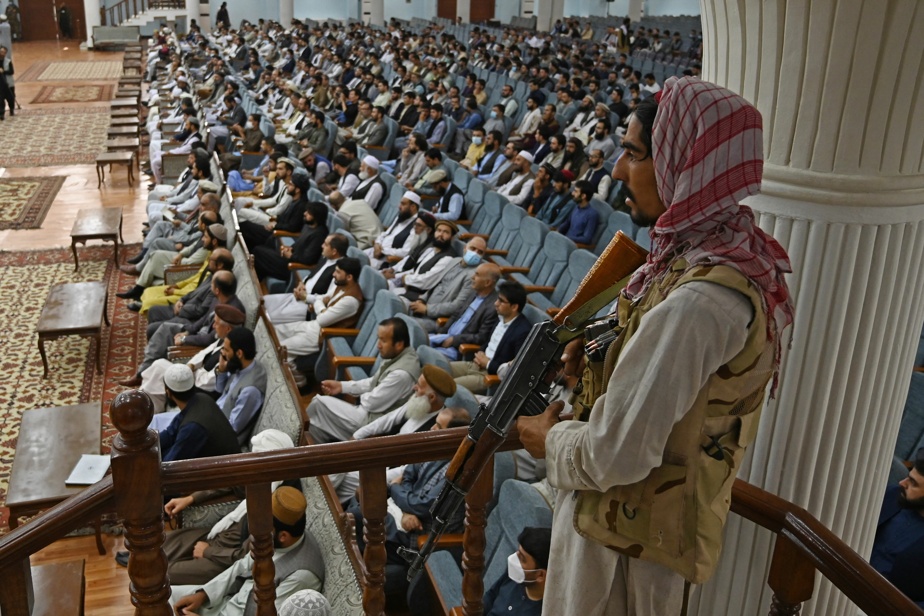 (Kabul) The incumbent higher education minister of the Taliban government assured on Sunday that Afghan women could study at the university, but in same-sex classes, and the new regime also signaled that they want to offer a university program there “Education.

Since taking power in mid-August, the Taliban have tried to present a picture of openness and moderation in the face of fears of a return of the same fundamentalist and brutal regime as they did between 1996 and 2001.

The education of girls and women was then banned.

The Taliban wanted “to create an Islamic and sensible curriculum that corresponds to our Islamic, national and historical values ​​and on the other hand to be able to compete with other countries,” he said.

Girls and boys are also separated at primary and secondary level, which is already widespread across the country and is still very conservative.

No women were present at the meeting, which took place in Kabul in the presence of other Taliban officials.

“The Taliban Ministry of Education has only consulted male teachers and students about resuming classes at the university,” complained a lecturer from a university in the capital on Twitter.

In her opinion, this shows “the systematic prevention of women’s participation in decision-making processes” and “a gap between the Taliban’s promises and their actions”.

Over the past 20 years, more and more women have taught in mixed courses, but only by men.

At the end of the 1990s, the Taliban excluded women from the public eye, entertainment such as kite flying and cinema were banned, and brutal penalties were imposed – such as stoning for adulterers.

The Taliban have not yet announced their new government and are waiting for the troop withdrawal to end.