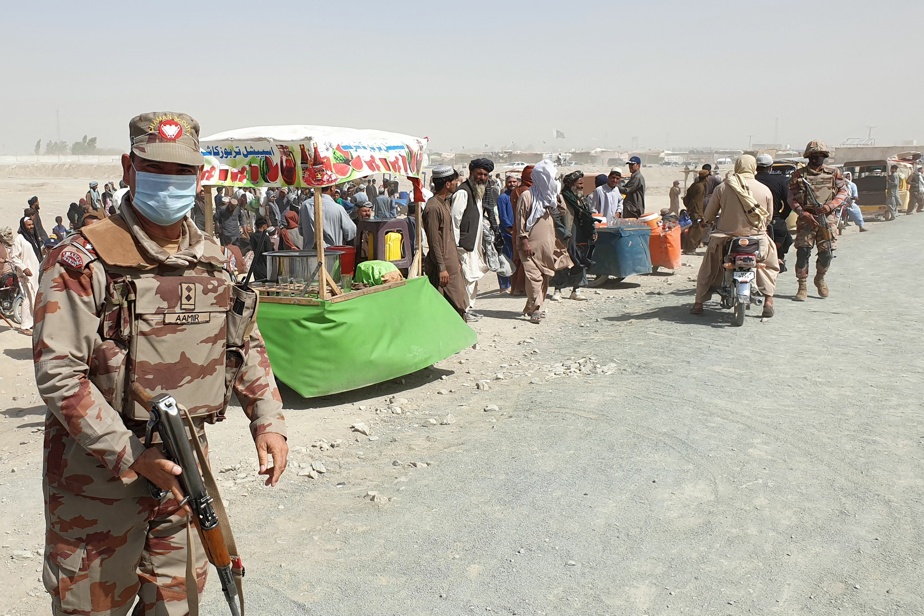 (Kabul) The Taliban took Sheberghan in northern Afghanistan on Saturday, the second provincial capital that has fallen victim to insurgents in less than 24 hours since the final withdrawal of foreign troops from that country in May.

“The (Afghan) armed forces and officials have fled to the airport,” Qader Malia, deputy governor of Jawzjan province, whose capital is Sheberghan, told AFP, while worries in Kabul are mounting.

Jawzjan Province is the stronghold of Marshal Abdul Rashid Dostom, a powerful Uzbek militia leader known for his shifting loyalty and barbarism.

Should their stronghold of Sheberghan remain in the hands of the Taliban, it would be another setback for the government, which recently called on former warlords to curb the insurgent advance.

The Taliban had already taken control of the first provincial capital, Zaranj (South), on Friday without any real resistance from the Afghan armed forces.

According to a reporter from Sheberghan, who asked for anonymity, the fighting began around 4:00 am with “gunfire and explosions” before pro-government troops withdrew around noon.

“Now the Taliban are everywhere with their flags” […] the streets are deserted and we don’t dare to leave our homes, ”he said.

“Security forces and officials have withdrawn to an area about 20 km from the city. They had already prepared, in particular by transferring enough ammunition there to defend themselves against an attack by the Taliban, ”he said.

However, Ehsan Niro, a spokesman for Mr Dostom, assured that the militias continue to fight the Taliban on the outskirts.

The Taliban have conquered vast rural areas in the past three months and are now focusing their offensives on large cities and encircling several provincial capitals, including Kandahar (south) and Herat (west), the second and third largest Afghan cities.

In Kabul, people interviewed by AFP on Saturday expressed concern about Zaranj’s arrest.

“If the government doesn’t take the security situation seriously […] all provinces could fall into the hands of the Taliban, ”complained Walid Ahmad, 20, who fled the fighting in Takhar (north) two weeks ago.

“The Taliban can potentially conquer more cities,” he said.

Nadia Faqiryar, a resident of the Afghan capital, tries to keep hope: “We have confidence in the security forces. […] but all are threatened ”.

“Dialogue is the only solution,” she added, while the peace talks between the government and the Taliban that began in Doha in September have so far not led to any concrete results. “I hope the security situation in Kabul will never develop so badly.”

Messages spread by the Taliban on social media suggest a more warm welcome from civilians in Zaranj.

These posts show the insurgents waving their flags on military vehicles while young men and boys cheer them on.

However, it is unclear whether these responses suggest genuine support for the Taliban or whether civilians need to show their support to keep them safe.

From Kunduz, a city in the north that had been besieged for weeks, Rasikh Marof told the AFP news agency that last night fighting was raging near the city center without the Taliban gaining ground.

The government forces “seriously defended” the city to prevent the insurgents from entering, he said, adding that they had used “mortars and heavy weapons”.

According to Marod and a local official, Afghan forces have launched air strikes.

“Many shops are closed and people stay home to protect themselves,” he continued.

According to Dr. Fazli, the health officer in Kunduz province, who was contacted by AFP in the morning, had 38 injured and 11 dead civilians admitted to the city’s main hospital since the violence resumed on Friday night.

The United States has stepped up its air strikes, however, and Commander Nicole Ferrara, US Army Central Command spokeswoman, told AFP on Saturday: “US forces have carried out several air strikes in the past few days to defend our Afghan partners. ”