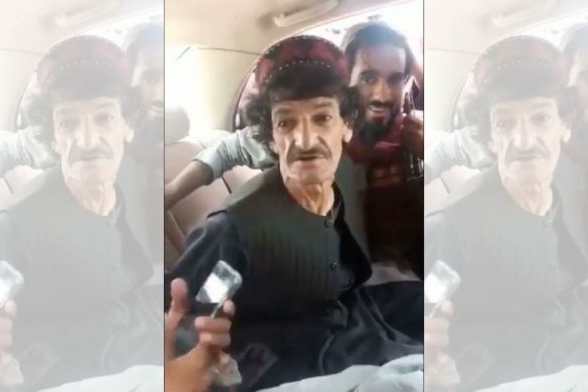 (Kandahar) The Taliban admitted on Thursday that they recently killed an Afghan police officer who became known through his humorous videos posted on the Internet after emotions in Afghanistan were sparked by the publication of images that went viral showing how he was beaten by insurgents, and then showed his body.

In the southern Afghan province of Kandahar, the cradle of the Taliban movement, where he lived, Fazal Mohammad was known less as a police officer than as a comic, under the name “Khasha Zwan”, under which he portrayed himself in videos on the Internet.

In the past few days he has been the focus of yet another tragic video that has gone viral: We see him in the back of the car, hands cuffed behind his back, flanked by two Taliban, one of whom kills him twice. while he seems to be trying to make his guards laugh.

Another video was posted shortly afterwards showing an insurgent amusing himself with a corpse known as Mohammad’s while another looks on.

According to the Afghan press, Mohammad was forcibly evicted from his home by a group of armed men during Eid al Adha, the great Muslim festival of sacrifice.

After initially denying any role in Mohammad’s death, the Taliban admitted after the videos were released that fighters in the group had killed him.

“He was an active police officer who was responsible for the deaths of many people,” Taliban spokesman Zabihullah Mujahid told the AFP news agency.

“He wasn’t a comedian, he fought us in several battles. He tried to escape and forced our men to shoot him.

Sailab, a Kandahar police officer assigned to Mohammad at a checkpoint, told AFP news agency that he had never participated in fights and was best known among his peers for his comedic skills as a police officer.

“His son called me to tell me that the Taliban had come to his house and taken him away,” said Sailab. “The next day, his body was discovered with his hands tied behind his back.”

The video of his arrest and the announcement of his death caused a stir on social networks.

“His brutal and senseless murder shocked the Afghans and reminded them of how intolerant the Taliban are,” reads on Twitter.

Taliban fight back against talent […], they want Afghanistan to be the land of violent people who never laugh.

The Taliban are accused of being behind a wave of targeted killings in recent months, particularly of officials, journalists, judges and NGO activists.

Iranian nuclear weapons | Iran has crossed “all the red lines”, warns Israel at the UN

Sentenced to one year in prison | “People are not fooled by anything,” says Nicolas Sarkozy

Catholics on the Road to Reform – Bätzing Criticizes Conservatives |