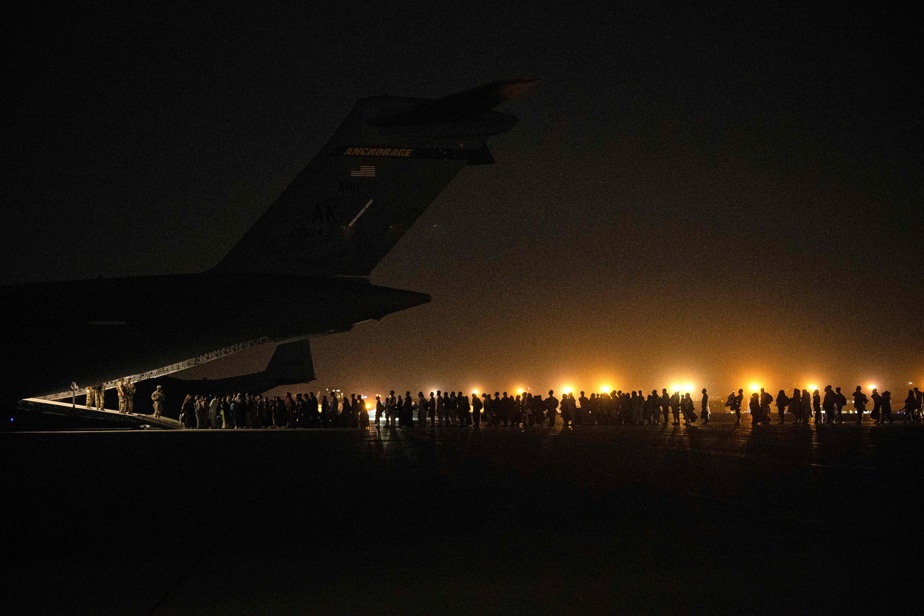 (Washington) The evacuation of civilians at Kabul Airport resumed on Friday after an interruption of several hours due to the congestion of the US base in Qatar, where the evacuees were originally directed, the Pentagon said.

“Flights have resumed and US military flights are starting to Qatar and other locations, and as I speak, more flights to Kabul are starting,” General Hank Taylor told reporters from the US Joint Chiefs of Staff.

The flights were suspended “early this morning and lasted six to seven hours,” he added.

“The reception areas in Qatar were simply at their maximum capacity,” said Defense Department spokesman John Kirby. “There was no room left to lead more people there.”

The United States, seeking other initial destinations for these flights, has received the green light from Berlin to direct some evacuees to Germany, where the United States has numerous military bases, including the great Ramstein and its important military hospital.

“We thank our allies who are working with us in this global effort, including Germany, where flights will land today,” said General Taylor.

A high-ranking official from the Air Mobility Command responsible for air traffic had previously announced that Kabul had not flown “for a long time” due to the congestion of the bases in the region.

General Dan DeVoe had confirmed that the problem was managing the “capacity” at these military bases, which were ill-equipped to accommodate thousands of refugees.

The State Department has been criticized for its bureaucratic handling of the crisis, with thousands of elderly people and children waiting for days in precarious conditions for documents allowing them to leave these intermediate bases to go to the United States.

Testimony from Afghans evacuated to Qatar show that hundreds of people slept on the floor in aircraft hangars for more than three nights in a row, in stifling heat and with very limited access to toilets or showers.

In addition, Mr Kirby pointed out that American soldiers stationed at Kabul airport had left its premises to “rescue” people who were “very close”.

“In a short time and on a short distance, some soldiers were able to get out and pick them up and bring them back again,” said the spokesman.

Joe Biden had previously indicated that “169 Americans entered the airport with military assistance,” but Kirby did not confirm that they were Americans.

The immediate vicinity of the Afghan capital’s airport has plunged into chaos. Thousands of people have been trying to escape from the newly-controlled country, which has been accused of blocking access to the airport, since Monday.

The Pentagon spokesman assured that the American soldiers leaving the perimeter would not have to go through Taliban checkpoints. He declined to comment on reports of evacuations from central Kabul to the airport by US helicopters.

The United States, which plans to evacuate more than 30,000 Americans and Afghan civilians through its bases in Kuwait and Qatar, has evacuated more than 13,000 people since operations began on Aug. 14, Joe Biden said Friday.

US plane flies in the eye of Hurricane Ida

Many more vaccinations than reported |