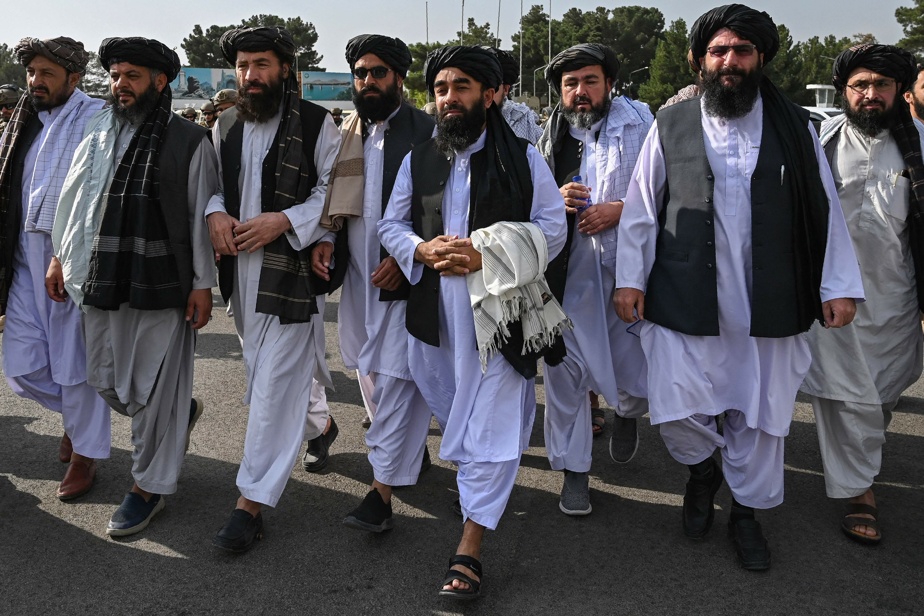 (Kabul) After celebrating the withdrawal of the American invaders the day before, the Taliban began on Wednesday to tackle a gigantic task, namely to rule one of the poorest countries in the world that does not yet know exactly what to expect.

The Taliban had announced that they would wait for the last foreign soldiers to leave Afghanistan in order to announce the composition of their government. It is now done since the final withdrawal of the American Army on Monday, one minute before midnight.

This exit, which US President Joe Biden again fiercely defended on Tuesday, ended after the attacks of 11th 2001.

The Taliban have repeatedly expressed their determination to form an “inclusive government”. For the international community, your ability to honor this commitment will be a first signal to gauge the confidence that can be placed in them.

Since regaining power on August 15 after a military campaign whose speed and efficiency surprised the West, the Taliban have tried to convey an image of openness and moderation.

But their promises leave many Afghans and foreign politicians skeptical of the fundamentalist regime that the Taliban instituted between 1996 and 2001 when they ruled the country.

They had enforced an ultra-rigorous version of Islamic law. Women could neither work nor study, thieves and murderers were severely punished.

Many Afghans and Westerners fear a step backwards with regard to the human rights acquired in the last two decades, especially for women who have access to education, politics or the media.

Most countries have warned that they will judge by actions. The US is ready to “work” with the Taliban, but “legitimacy and support must be earned,” warned US Secretary of State Antony Blinken on Monday.

“We want good relations with the US and the world,” said Taliban’s main spokesman, Zabihullah Mujahid, on Tuesday.

The Taliban held a council of their leaders from Saturday to Monday in Kandahar (South), their capital during their previous regime, under the leadership of their Supreme Leader Hibatullah Akhundzada, who has never appeared in public since his appointment in May 2016.

These talks focused in particular on the formation of a government, the security situation and the resumption of civil service, according to a statement released on Tuesday.

On Wednesday, they are said to be parading dozens of military vehicles in Kandahar, including many Humvees brought onto the battlefield by US troops, NATO or the former government army.

The Islamists, who have pledged not to take revenge on those who worked for the previous government, must restart a war-torn economy that has largely relied on international aid, received in recent days from international donors was largely frozen.

Your most urgent challenge will be to find the means to pay the officials’ salaries and to keep the vital infrastructure (water, electricity, communications) running.

UN Secretary General Antonio Guterres warned on Tuesday of “a humanitarian catastrophe” in Afghanistan and “the impending total collapse of basic services” and called for funds for this country.

The Taliban must also prove that they have the expertise to rule the country, as tens of thousands of Afghans, often among the most educated and skilled, have left Afghanistan on charter flights by Westerners since taking office.

They are also awaited by the rest of the world, what they will do to Kabul airport, from which Westerners urgently evacuated more than 123,000 people, Afghans and foreigners, between August 14th and 30th.

This airport is of “existential importance” for Afghanistan in order to transport the medical and humanitarian aid that the country absolutely needs, said Chancellor Angela Merkel on Tuesday.

The Taliban want to guarantee their security, but are in talks with Turkey about logistics.

They also promised that Afghans would be able to move freely abroad. And they have to find common ground with the few countries, like the US and UK, that still have nationals in Afghanistan and are considering removing those who want to.

In a White House speech overnight, President Biden said his decision to leave Afghanistan was “the best decision” for America, which ended its longest war.

“I am convinced that this is the right decision, a wise decision, and the best decision for America,” he said firmly.

“We’re not done with you yet,” he also shouted to the Islamic State jihadist group in Khorasan, which claimed responsibility for the attack that killed more than 100 people, including 13 American soldiers, at Kabul airport last week became.

Mr Biden is widely criticized in his country, and many of his fellow citizens are wondering what the two decades of engagement in Afghanistan will ultimately have been used for. According to a study by Brown University, the US has lost around 2,500 people in 20 years of the conflict in Afghanistan and has billed $ 2,313 billion.

Laschet calls on the Union to fight until the elections |