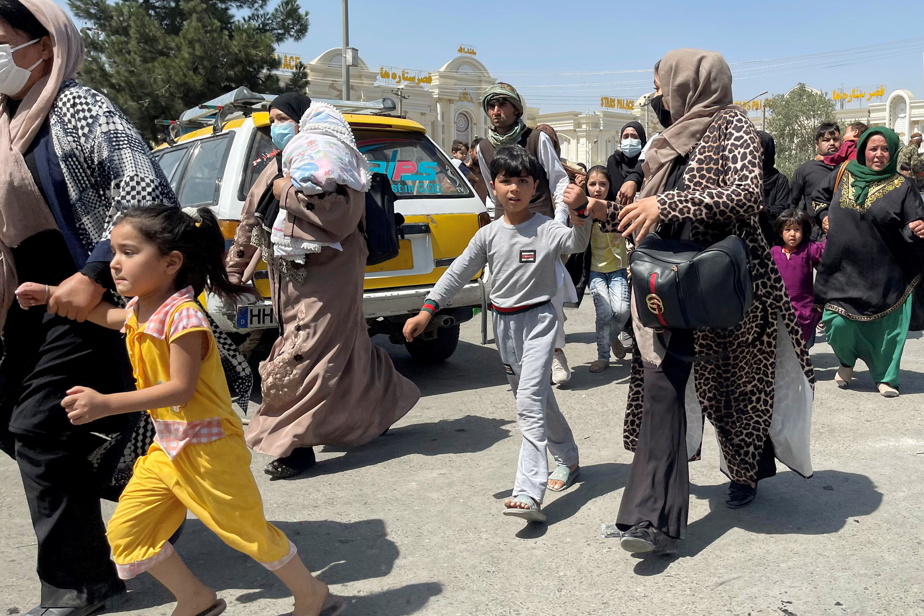 (Hong Kong) 22-year-old Aisha Khurram spent her first night under the Taliban without sleeping. Between the sound of bullets and planes evacuating foreigners, she is unwilling to forget that day that “broke our souls and our minds”.

“To see everything collapse instantly was the end of the world for the whole nation,” the Afghan student told AFP on Monday morning, a few hours after the Taliban marched into Kabul.

Ms. Khurram, who has represented Afghan youth at the United Nations, is expected to graduate from Kabul University in the coming months.

But on Sunday morning she and her comrades could not enter the campus and their future is now more than uncertain.

The world and the Afghan leadership have abandoned Afghan youth in the most cruel ways.

“It’s a nightmare for women who have graduated, who envisioned a better future for themselves and future generations.”

When they ruled this country between 1996 and 2001, the Taliban enforced their ultra-rigorous version of Islamic law.

Women could neither work nor study.

Wearing the burqa was compulsory in public and they were only allowed to leave their homes in the company of a “mahram”, a male companion of their family.

Women in burqas in a market in Herat in September 2005.

Flogging and executions, including stoning for adultery, were carried out in town squares and stadiums.

However, the departure of the Taliban has not improved the lives of all Afghan women, especially in rural areas.

The Taliban have repeatedly stated that when they come back to power in Afghanistan they will respect human rights, especially those of women, but in line with “Islamic values”.

Afghan women find it difficult to believe these promises, especially after two decades of studying, holding positions of responsibility, particularly in politics, journalism and even in the judiciary and security forces.

Over the past 24 hours, well-known women in Kabul have used social media to show their sadness that their country and their entire lives have fallen into the hands of the Taliban again.

“I started my day with a horrified look at the empty streets of Kabul [pour] the people, ”writes Fawzia Koofi, a human rights activist and former deputy president of the Afghan parliament. “History repeats itself so quickly”.

“Fear stays inside you like a black bird,” adds Muska Dastageer, a lecturer at the American University of Afghanistan, which was inaugurated five years after the Taliban left. “He opens his wings and you can no longer breathe.”

“My beloved Afghanistan has collapsed before my eyes,” she wrote in a statement.

In another tweet, a photo that went viral shows a man painting over a photo of a smiling bride on display in a shop window.

For them, this man’s gesture shows that it is now necessary to “delete women from public space” because the Taliban do not tolerate the reproduction of images of women.

The painter and photographer is known for her self-portraits, which represent her declaration of independence and the claim to her heritage for Afghan women.

That year she was forced to organize her exhibition paying tribute to prominent Afghan women online after receiving threats.

His fear was palpable on Monday morning.

“I want to become invisible and hide from the world,” she wrote in her latest tweet.

United Nations Secretary-General Antonio Guterres said Saturday he was “appalled” to “see the hard-won rights of Afghan girls and women being stolen from them.”

Sahraa Karimi, one of the most famous Afghan directors, said she had no plans to leave Afghanistan.

“I will not give up my country until the end,” she said in a video posted on Twitter, wiping her tears away.

“Perhaps many will think this is madness. But madness is what those who abused our homeland did […]. Stupidity is what the world has shown by turning its back on us ”.

General elections have started in Iceland |

A new variant is provided in France –