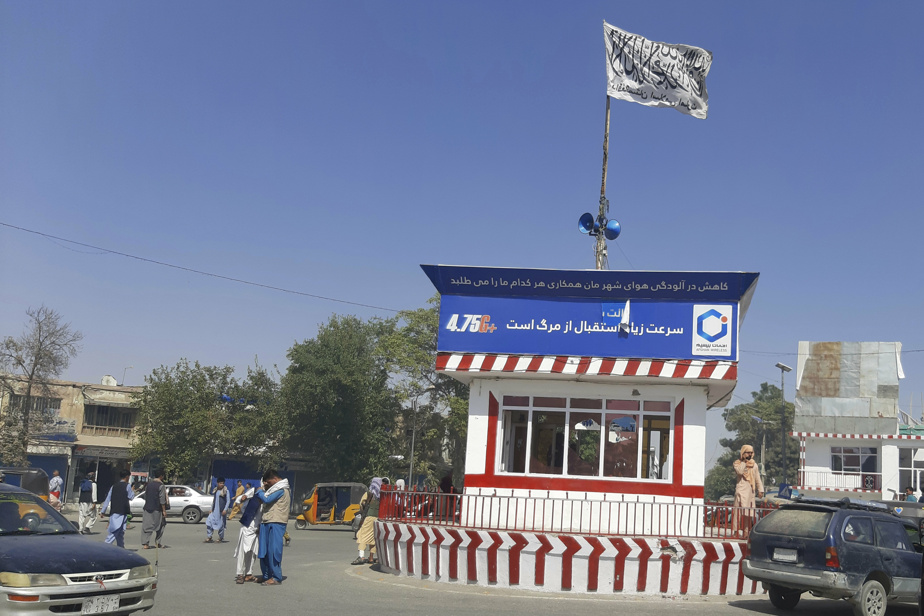 (Mazar-i-Sharif) The Taliban are beginning to look to Mazar-i-Sharif, the largest city in northern Afghanistan, where they have strengthened their positions, while the United States will call on Qatar to cease its offensive.

“Envoy (Zalmay) Khalilzad will be in Doha to build a joint international response to the rapidly deteriorating situation in Afghanistan,” the Foreign Ministry said on Monday evening.

“He will call on the Taliban to stop their military offensive and negotiate a political deal, the only path leading to stability and development in Afghanistan,” he added.

The withdrawal of the international armed forces was decided by the former US President Donald Trump. His successor, Joe Biden, is postponing the deadline by a few months, but American and foreign troops will have completely left the country by the end of August.

The Biden administration has made it clear in recent weeks that the line will not change: Washington will maintain its “support” for the government in Kabul, especially with regard to military training, but otherwise the Afghans have a choice own fate.

“It is their country that we have to defend. This is their fight, “said Pentagon spokesman John Kirby on Monday.

In northern Afghanistan, however, the situation is changing rapidly: After conquering the city of Kunduz in the northeast and the cities of Taloqanm and Sar-e-Pul on Sunday in a few hours, the Taliban added a city with 120,000 inhabitants to this list on Monday fell without resistance.

On Saturday they captured Sheberghan, the stronghold of the famous warlord Abdul Rashid Dostom, 50 km north of Sar-e-Pul, and on Friday Zaranj, the capital of the distant province of Nimroz (southwest), on the border with Iran. They now own six of the country’s 34 regional capitals.

Thousands of people fled the north, many arriving in Kabul on Monday after a grueling ten-hour drive through numerous Taliban checkpoints.

The rapidly advancing Taliban now control five of the nine provincial capitals in the north, with fighting in the other four.

The insurgents are already looking at their next target and have announced that they have attacked Mazar-i-Sharif. But local residents and officials assured them they had not yet reached it.

Police in Balkh province, whose capital is Mazar-i-Sharif, said the next fighting was at least 30 km away. She accused the Taliban of trying to “terrify the civilian population” with their propaganda.

“The enemy is now moving towards Mazar-i-Sharif, but fortunately the seat belts (around the city) are strong and the enemy has been pushed back,” said Mirwais Stanikzai, interior ministry spokesman.

A historic city and a commercial crossroads, Mazar-i-Sharif is the pillar the government has always relied on to control the north of the country. His fall would hit him extremely hard.

Mohammad Atta Noor, the ex-governor of Balkh Province, a strong man for many years from Mazar-i-Sharif and the north, has promised to resist “to the last drop of blood”.

“I’d rather die with dignity than die in despair,” he tweeted.

Northern Afghanistan has always been seen as a strong opponent of the Taliban. There, when they came to power in the 1990s, they encountered the sharpest opposition.

The Taliban ruled the country between 1996 and 2001, enforcing their ultra-rigorous version of Islamic law before being ousted from power by an international coalition led by the United States.

Kunduz is the Taliban’s best attitude so far since the start of their offensive in early May. The city, 300 km north of Kabul, which has been conquered by the insurgents twice in 2015 and 2016, is a strategic hub between Afghanistan and Tajikistan.

While the Afghan army in the north proved unable to stop its offensive, it continued to confront Kandahar and Lashkar Gah, two historic insurgent strongholds in southern Afghanistan and Herat in the west.

But this resistance comes at the expense of serious civilian casualties. In the Kandahar province alone, at least 20 children have been killed and 130 injured in the past three days, UNICEF announced on Monday.

Benin is now ninth in Africa –