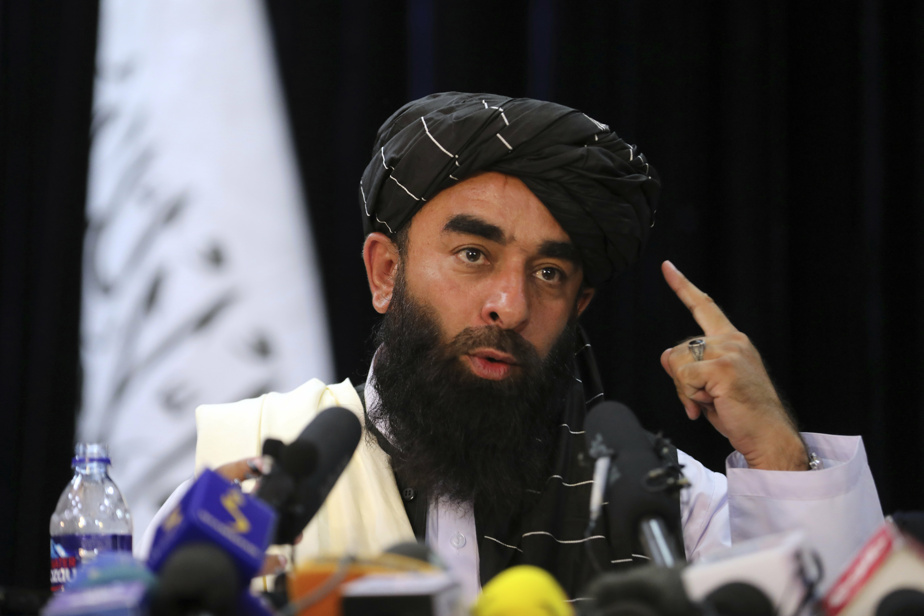 “We have forgiven everyone who fought against us. The animosity is over, “said Taliban spokesman Zabihullah Mujahid in a first press conference in Kabul on Tuesday, which was broadcast by the BBC.

After the worldwide spread of pictures showing a lot of desperate Afghans at the airport, representatives of the Islamist movement, who regained control of Afghanistan on Sunday, wanted to have a calming effect and spoke of a “general amnesty”. The Taliban leader has “forgiven everyone,” said spokesman Zabihullah Mujahid.

“Nobody is kidnapped,” said Zabihullah Mujahid. We will be more secure every day. ”

The International Criminal Court (ICC) prosecutor said Tuesday he was particularly concerned about the situation in Afghanistan, citing crimes and executions as retaliatory measures that could constitute violations of international humanitarian law, according to Agence France-Presse.

“I am following events in Afghanistan closely and I am particularly concerned about recent reports of escalating violence in the country,” Karim Khan said in a statement, referring to crimes “which may be related to human rights abuses. IHL”.

Zabihullah Mujahid attributed the attacks reported in various parts of the country to “bandits” who “are not real Taliban”.

Many questions remain about a possible transformation of the Taliban. When they took control of the country in 1996 after four years of civil war, they imposed an extremely rigorous version of Islam, banning girls from school and forcing women to cover themselves with clothing.

When asked about a possible change in the group’s ideology, Zabihullah Mujahid evaded and claimed that the group was “still Muslim” but now had “experience and expertise”.

Specific questions about the measures of the new Taliban regime were evaded and referred to a future government.

Zabihullah Mujahid, for example, replied that women could work “within the framework of Islamic laws,” without wishing to provide any further details.

The United States and its allies launched the offensive in Afghanistan after the 9/11 attacks, accusing the Taliban regime of harboring al-Qaeda officials. One of the conditions for the US withdrawal was an assurance that the Taliban would not allow terrorist groups to operate on Afghan territory.

“No one will be allowed to use our soil against someone else,” said Zabihullah Mujahid on his relations with al-Qaeda.

With the BBC and Agence France-Presse

COVID-19 | New moratorium on rent evictions in the USA