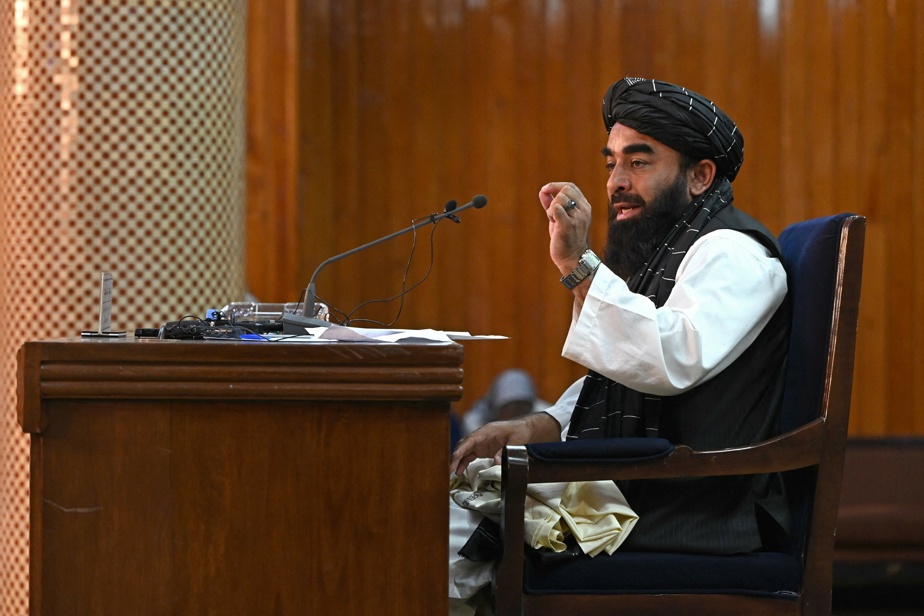 (Kabul) The Taliban said Monday that they were in control of all of Afghanistan and claimed to have collapsed the Panchir Valley, where local resistance leader Ahmad Massoud called for a “national uprising” against them.

The isolated and inaccessible Panchir Valley, 80 km north of Kabul, was the last breeding ground for the armed opposition to the Taliban, which, thanks to a lightning-fast military campaign, seized power on August 15, two weeks before the last foreign troops were withdrawn.

“With this victory, our country is now completely out of the doldrums of war,” Taliban’s main spokesman Zabihullah Mujahid said in a statement.

The long-standing anti-Taliban stronghold of Panchir, made famous by the legendary commander Ahmed Shah Massoud in the late 1980s before it was assassinated by al-Qaeda in 2001, is home to the National Resistance Front (FNR).

The FNR leader Ahmad Massoud, son of Commander Massoud, responded to the Taliban by calling on every Afghan to start “a national uprising for the dignity, freedom and prosperity” of the country. The FNR claimed to maintain “strategic positions” in the valley and “continue” the fight.

At a press conference, Mr. Mujahid warned all those who wish to continue to resist. “The Islamic emirate is very sensitive to uprisings. Anyone who tries to create an insurrection is severely suppressed, ”he warned.

The spokesman also called on the former government forces that fought the Taliban for 20 years to integrate the new security services at their side.

Images posted on social media show the Taliban in the Panchir governor’s offices and here and there Taliban flags flutter to the shouts of Islamist fighters.

The Panchir had not fallen under Soviet occupation either in the 1980s or when the Taliban came to power a decade later.

Talks had initially taken place between the Taliban and the FNR, which wants a decentralized government. Both sides said they wanted to avoid the fighting, but no compromise could be found.

Members of the Afghan Resistance.

The FNR had proposed a ceasefire overnight after apparently suffering heavy losses over the weekend. He admitted the death of his speaker Fahim Dashty.

Iran “strongly condemned” the attack on the Panchir on Monday. The Shiite Islamic Republic, which shares more than 900 km of the border with Afghanistan, has so far refrained from criticizing the Sunni Taliban since it came to power in Kabul.

At the political level, the composition of the new Taliban executive, initially expected at the end of last week, is still pending.

Mr. Mujahid said on Monday that the formation of an “interim government” would be announced in “the next few days” as soon as the final “technical issues” were resolved.

Analysts assume that the Islamists themselves were surprised by the speed at which they came to power and did not have time to prepare for the future.

Twenty years after being ousted by a US-led coalition, the Taliban will be expected at the turn of the century by the international community, which has warned to judge them by their actions.

The movement founded by Mullah Omar has promised to form an “inclusive” government that also pledges to respect women’s rights, which was disregarded during their first term in office (1996-2001). But his promises still struggle to convince.

Afghan private universities reopened on Monday. The Taliban issued a decree requiring female students to wear a black abaya, along with a niqab that covers the face except for the eyes. They confirmed that teaching would be in same-sex classes as much as possible.

Girls were not allowed to study under their previous regime. And wearing the burqa, a long veil that completely covered the head and body, with a net that covered the eyes, was mandatory at the time.

The humanitarian situation also remains critical. Martin Griffiths, the head of the humanitarian operations of the United Nations, met in Kabul for several days with Taliban leaders.

You committed on Sunday to guarantee the safety of the aid workers and access to aid, according to the UN.

On the diplomatic front, US Secretary of State Antony Blinken is expected on Monday in Qatar, which has developed into a hub of Afghanistan diplomacy since the Taliban came to power, with which the Gulf emirate continues to have close ties.

Mr Blinken should express “deep gratitude” to Qatar for supporting efforts to evacuate American nationals and Afghans who have collaborated with the United States.

He will not, however, expect a meeting with Taliban representatives in Doha, where they hold their political office, even if such a dialogue does not seem to be entirely ruled out in the future.

Discussions will also focus on Qatar’s efforts, in partnership with Turkey, to reopen Kabul Airport, which has been closed since the Americans left on August 30, although some humanitarian and domestic flights have already taken place.

This reopening is a priority to provide humanitarian aid that the country urgently needs and to evacuate any foreign nationals and visa Afghans who are still present and who wish to do so.