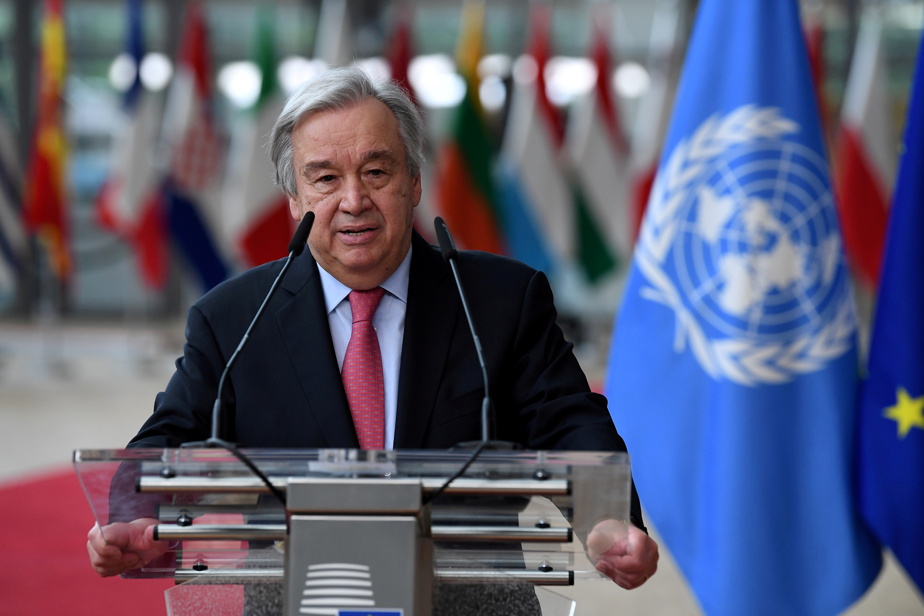 (United Nations) UN General Secretary Antonio Guterres called on the Taliban and all other Afghan parties to “show extreme restraint” on Sunday, a few hours after the fighters of the fundamentalist movement marched into Kabul.

“The Secretary General is particularly concerned about the future of women and girls, whose hard-won rights must be protected,” said a UN statement.

The UN Security Council is due to meet on Monday to discuss the situation in Afghanistan, the UN said. This meeting, which Antonio Guterres will report on, will take place at 10 a.m. New York time (2 p.m. GMT).

The UN chief underlined the humanitarian needs of the country on Sunday and called on all parties to ensure that “humanitarian workers have unhindered access to provide timely aid that is crucial to save lives”.

He added that the United Nations “is determined to contribute to a peaceful settlement of the conflict”.

Afghan President Ashraf Ghani admitted on Sunday evening that hours after fleeing his country, the Taliban had “won” to “avoid a bloodbath”.

The Taliban retook Afghanistan, captured the country’s most important cities within ten days and entered Kabul on Sunday thanks to the withdrawal of American troops decided by President Joe Biden.

Attacks of November 13, 2015 | The trial of Salah Abdeslam is resumed in Paris