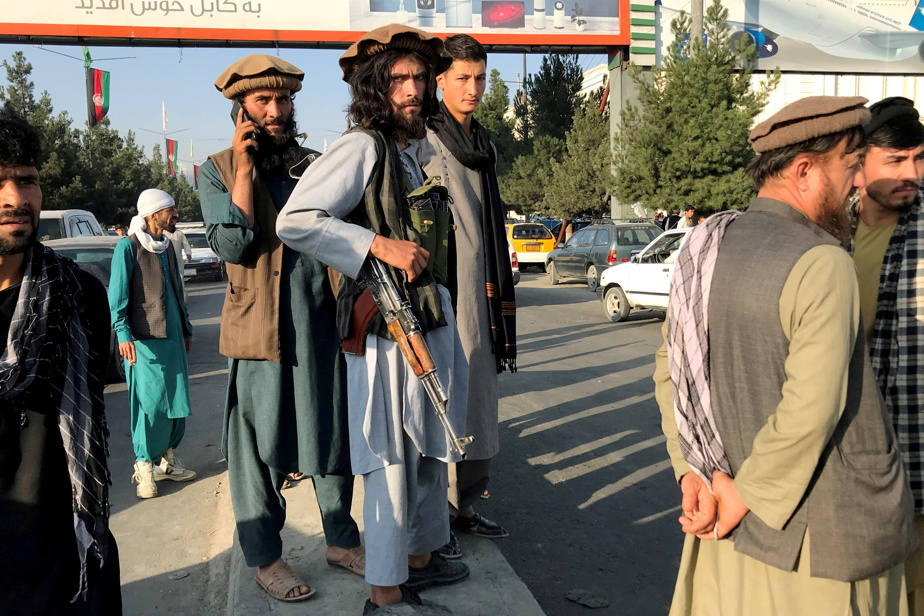 (United Nations) The United Nations Security Council on Monday called for an end to violence in Afghanistan and warned the Taliban, who are back in power, against any desire to turn the country into a base for future terrorist attacks.

In a joint statement following a meeting on Monday, the Security Council called for “an immediate end to all hostilities and the formation of a new united and representative government through expanded negotiations, including in particular the full, full and meaningful participation of women”. “.

The United Nations Security Council met at the UN headquarters in New York the day after the Taliban returned to power. Twenty years after being ousted by a US-led international coalition, radical Islamists captured Kabul on Sunday after an offensive that saw Afghan forces collapse after American forces began to withdraw.

The arrival of the Taliban in the Afghan capital, accompanied by the exile of President Ashraf Ghani, wreaked havoc at Kabul airport. Thousands of Afghans are trying to flee the new regime.

The Security Council expressed concern about “serious violations of international humanitarian law and human rights violations” and stressed the “importance of the fight against terrorism in Afghanistan to ensure that Afghan territory is not used to threaten or attack a country,” and that neither the Taliban nor any other Afghan group or individual support terrorists operating on the territory of any other country.

A little earlier, United Nations Secretary-General Antonio Guterres opened the meeting by also voicing his concerns about respect for human rights and calling on the international community “to unite to ensure that Afghanistan is never again a platform or haven for.” Terrorist organizations. ”A demand made by the US Ambassador to the United Nations, Linda Thomas-Greenfield, repeated that Afghanistan“ must never, ever be a base for terrorism ”.

For its part, the UN Human Rights Council’s Special Procedures Expert Group has ruled that “it is unacceptable for states to remain bystanders when a group subscribes to the Security Council’s list of terrorist organizations that invades Afghan territory and engages in acts”. which can amount to war crimes and crimes against humanity ”.

This Geneva-based group called on the Security Council to take “every necessary initiative” under Chapter 7 of the Charter of the United Nations, permitting the use of force to “protect the human rights and humanitarian needs of the Afghan people”.

The Afghan ambassador to the United Nations, Ghulam Isaczai, called on the states to declare “clearly” that they would not recognize a Taliban government. But China, a permanent member of the Security Council alongside the US, UK, France and Russia, has already indicated that it wants “friendly relations” with the Taliban, while Moscow already has official relations with them.

For Antonio Guterres “the next few days will be decisive”. “The world is watching us. We must not and cannot abandon the people in Afghanistan, ”he said.

Antony Blinken visits Qatar, a country that has become the Taliban’s most important interlocutor

What happened to the wreckage of September 11th?