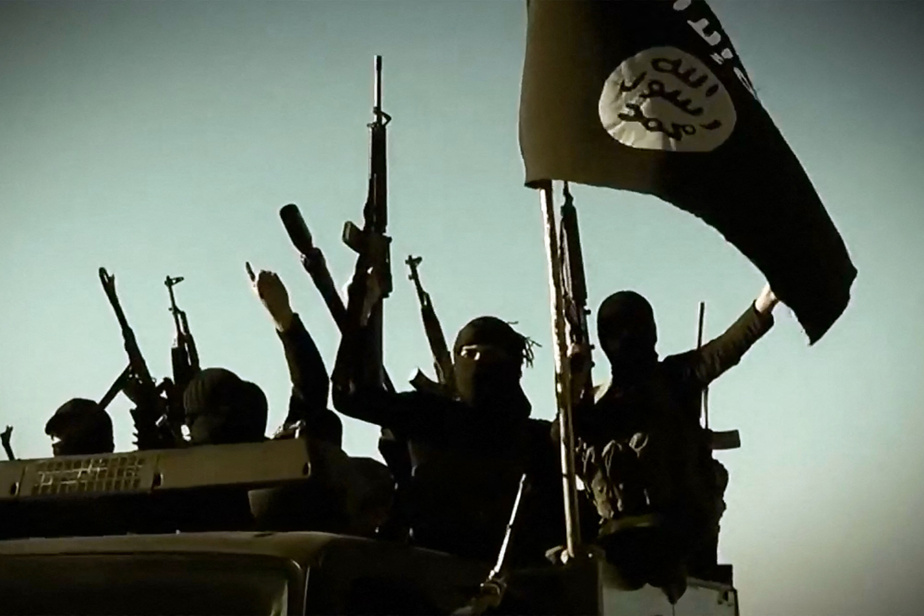 (Kabul) The fatal attack by the Islamic State (IS) on Kabul airport feeds fears that Afghanistan will become a strong magnet for the jihad network and other terrorist organizations under the new Taliban regime.

Dozens, including 13 American soldiers, were killed in the double suicide attack alleged by the local ISIS branch, the Islamic State in Khorasan (EI-K, sometimes called the ISKP). It was carried out despite several security warnings from the United States and its allies.

It is the deadliest attack on the US military in Afghanistan since 2011.

Twenty years ago, the September 11, 2001 attacks sparked the intervention of a United States-led coalition in Afghanistan to end the first Taliban regime to protect the jihadists from al-Qaeda. Many observers warn that the country is now in danger of becoming fertile ground again for groups like Al-Qaeda, to which some Taliban are known to be close, or ISIS.

What is the Islamic State in Khorasan?

Shortly after the IS proclaimed a “caliphate” in Iraq and Syria in 2014, former members of the Tehreek-e-Taliban Pakistan (TTP, Pakistani Taliban) declared their loyalty to the leader of the group, Abu Bakr al-Baghdadi. Afghans disaffected and defected by the Taliban then joined them, and in early 2015 IS officially recognized the establishment of its province (wilaya) Khorasan.

Khorasan is the ancient name of a region that included parts of what is now Afghanistan, Pakistan, Iran and Central Asia. IS-K gained a foothold in the mountain district of Achin in the eastern province of Nangarhar in 2015, and is the only one who will succeed in gaining a permanent foothold with neighboring Kunar.

Elsewhere, the group has clashed with the Taliban despite succeeding in building sleeper cells elsewhere in Afghanistan, particularly in the capital and, according to the United Nations, in Pakistan.

The latest estimates of its strength range from at least 500 to several thousand fighters, according to a UN Security Council report from July.

What attacks did ISIS carry out?

IS has claimed some of the deadliest attacks in Afghanistan and Pakistan in recent years. Including suicide attacks in mosques, hospitals and other public places.

The group has targeted Muslims whom it believes are heretics, particularly Shiites from the Hazara minority. In August 2019, he confessed to an attack on Shiites at a wedding in Kabul, in which 91 people were killed.

He was also heavily suspected of being behind an attack on a maternity hospital in a predominantly Shiite neighborhood of the capital in May 2020 that killed 25 people, including 16 mothers and newborns.

Its presence has left deep marks in the provinces where it is located. His men shot, beheaded, tortured and terrorized villagers and left landmines everywhere.

How is the relationship between ISIS and the Taliban?

Although they are two radical Sunni groups, they differ theologically and strategically. They also compete to embody jihad. As a sign of the strong enmity between them, the IS refers to the Taliban in press releases as apostates.

IS-K opposed the Taliban’s actions against their dissidents and was unable to expand its territory, unlike ISIS in Iraq and Syria.

In 2019, after joint operations with the United States, the Afghan government army announced that the group had been defeated in Nangarhar province.

According to estimates by the USA and the United Nations, ISIS has since largely only operated through its sleeper cells in cities for high-profile attacks.

In the February 2020 agreement with the United States on the withdrawal of foreign troops, the Taliban promised not to use the country as a base for organizing attacks against the Americans and their allies.

On Friday, a spokesman for the new Taliban regime told AFP that it had wiped out IS-K in all 34 Afghan provinces, with the exception of Kabul, where certain elements it believes are protected by the former continue remain. The government was overthrown on August 15th.

How did IS react to the Taliban’s takeover?

IS criticized the agreement signed between Washington and the Taliban in Doha in February 2020 to withdraw American and foreign troops from Afghanistan and accused the latter of failing to comply with the cause of jihad.

After marching into Kabul and seizing power on August 15, the Taliban received congratulations from several jihadist groups, but not from IS. This could benefit from the collapse of the Afghan state.

What happened at Kabul airport?

Kabul Airport, with thousands of American and Allied troops and surrounded by a huge crowd of Afghans trying to leave their country, was a very vulnerable target.

In a barrage of warnings in almost identical languages, London, Canberra and Washington recommended staying away from the airport over “terrorist” threats.

The first explosion was aimed at one of the main gates of the airport, which was manned by American soldiers trying to control thousands of people desperately trying to gain access to an aircraft to be evacuated. Shortly afterwards, a second suicide bomber hit a nearby hotel.

Deadly explosion in Germany | Probable cause: an accidental chemical reaction

Elections in Iceland: the government maintains the majority |

Scottish government wants independence referendum before the end of 2023