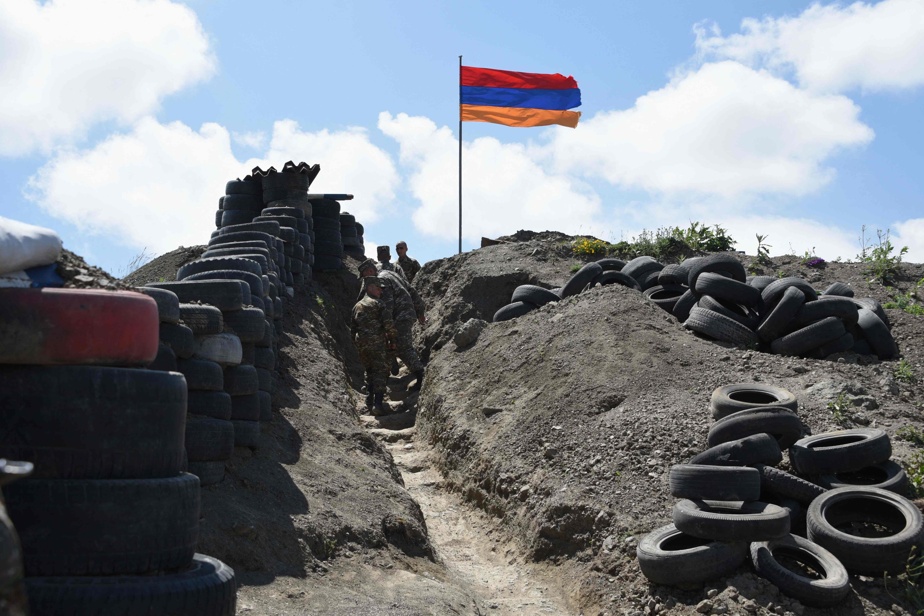 (Yerevan) Armenian Prime Minister Nikol Pachinian said on Thursday that he would call for the deployment of “Russian border guards” along the border with Azerbaijan to avoid escalating after the recent clashes.

“In view of the complicated situation, I think it makes sense to think about the deployment of Russian border guards along the entire Armenian-Azerbaijani border,” Pashinian said at a government meeting.

According to him, the presence of the Russians would “enable demarcation work to be carried out without the risk of military confrontation”.

“We plan to discuss the issue with our Russian colleagues,” he added.

This statement comes one day after new clashes between soldiers from Baku and Yerevan, in which three Armenians were killed near the border village of Sotk (east).

The two countries accused each other of instigating hostilities before reaching a Russian-negotiated ceasefire.

Armenia and Azerbaijan clashed in autumn 2020 in a war for control of the Nagorno-Karabakh region claimed by both countries. The conflict has killed more than 6,500 people.

After six weeks of fighting, the war ended with a ceasefire agreement under which Armenia ceded parts of its decades-long controlled territory to Azerbaijan. Around 2,000 Russian peacekeepers were stationed in the Nagorno-Karabakh area.

Tensions along the border have increased again in recent months. Yerevan accuses Baku of taking control of new territories, which the Azerbaijani authorities deny.

Since May, Armenia and Azerbaijan have been holding talks under the aegis of Russia on the delimitation and delimitation of their common borders.

NASA wants to go there with nuclear rockets

Mexico | The criminalization of abortion, which the Supreme Court considers unconstitutional