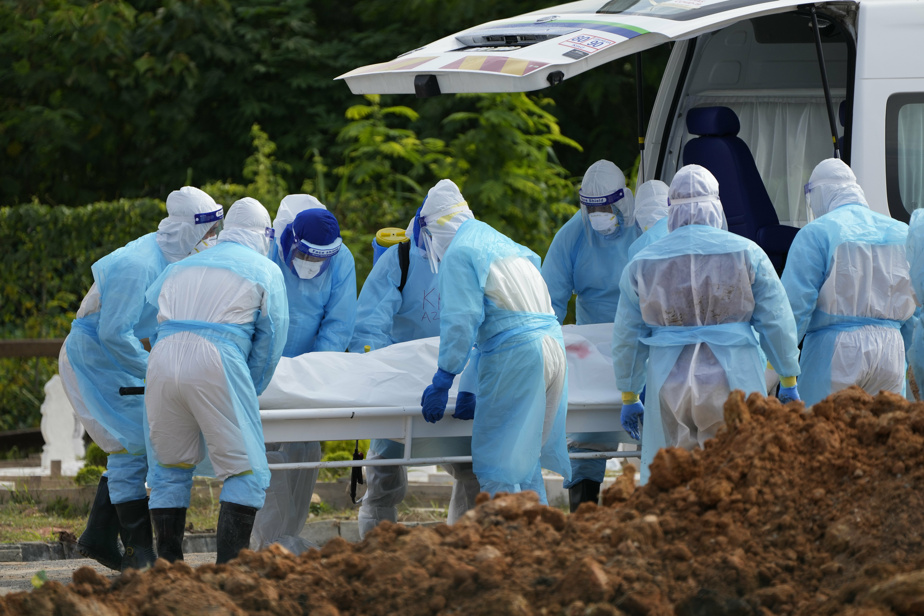 (Paris) The novel coronavirus pandemic has killed at least 4,472,486 people worldwide since the WHO office in China reported the outbreak of the disease in late December 2019, according to an AFP report from official sources at 6 a.m. on Friday.

More than 214,500,660 cases of infection have been officially diagnosed since the epidemic began. The vast majority of patients recover, but a still poorly rated portion will retain symptoms for weeks or even months.

Taking into account the excess mortality directly and indirectly linked to COVID-19, the WHO even estimates that the number of victims of the pandemic could be two to three times higher than officially recorded. A significant proportion of the less severe or asymptomatic cases remain undetected in many countries, despite the intensification of screening.

The countries that recorded the most new deaths in their most recent reports are the United States with 1,238 new deaths, Brazil (920) and Mexico (835).

The United States is the hardest hit country in terms of deaths, according to Johns Hopkins University, with 633,564 deaths for 38,384,553 cases.

The risk of developing blood clots is much lower after vaccination against COVID-19 than with contracting the disease, the largest study to date of the vaccine’s side effects said Friday.

This UK study, published in the British Medical Journal (BMJ), compared the medical data of 29 million people who received their first dose of Pfizer-BioNtech or Oxford-AstraZeneca between December 2020 and April 2021 with that of nearly 2 million positive tested people for the coronavirus.

New Zealand extended its national lockdown to August 31 on Friday to curb the spread of COVID-19 cases related to the Delta variant, and that measure will remain in place longer in Auckland, the epicenter of the epidemic.

Only 26 people have died of COVID-19 in this five million-strong country thanks to strict border closings and lockdowns and an intensive policy of tracing as soon as new cases emerge, a “zero COVID strategy” -19 “that is tracking the archipelago intended.

Thanks to a significant vaccination coverage, the restrictions against COVID-19 that are still in force in Denmark will be lifted from September 10th, and the disease is no longer considered to be “a threat to society,” the Ministry of Health announced on Friday.

“We are not out of the epidemic,” emphasized Minister Magnus Heunicke and assured that the government “will not hesitate to act quickly if the pandemic threatens the essential functions of society again”.

Portugal: tonnage in stadiums increased to 50%

The Portuguese stadiums will be able to welcome more audiences from Friday: the display, initially set at 33% of its capacity, has been increased to 50% thanks to a favorable development of the coronavirus epidemic, the health authorities said.

The COVID-19 pandemic has killed at least 4,472,486 people worldwide since late December 2019, according to a report drawn from official sources by AFP at 6 a.m. on Friday.

The World Health Organization (WHO) estimates, taking into account the excess mortality directly and indirectly linked to COVID-19, that the number of victims of the pandemic could be two to three times higher than that calculated according to official figures.

Poll: 68 percent for Laschet’s resignation from all offices |