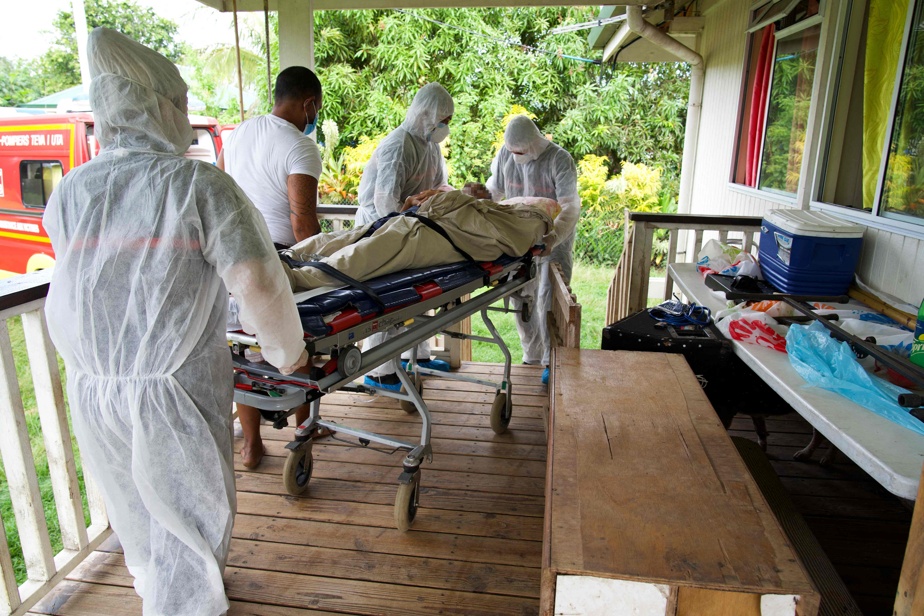 (Paris) The novel coronavirus pandemic has killed at least 4,593,164 people worldwide since the WHO office in China reported the outbreak of the disease in late December 2019, according to an AFP report from official sources on Thursday at 6 a.m.

More than 222,467,600 cases of infection have been officially diagnosed since the epidemic began.

The vast majority of patients recover, but a still poorly rated portion will retain symptoms for weeks or even months.

The figures are based on reports submitted daily by the health authorities in each country.

They exclude the retrospective revisions carried out by certain statistical organizations, which result in a much higher number of deaths.

As of Wednesday, 10,074 new deaths and 660,070 new cases were recorded worldwide. The countries that recorded the most new deaths in their most recent reports are the United States with 2,084 new deaths, Mexico (879) and Russia (794).

The United States is the hardest hit country in terms of deaths, with 652,675 deaths for 40,456,816 registered cases, according to the Johns Hopkins University census.

The European Medicines Agency (EMA) has listed Guillain-Barré syndrome, a rare neurological impairment, as a “very rare” side effect of AstraZeneca’s COVID-19 vaccine.

The assigned frequency category is “very rare”, ie it occurs in less than 1 in 10,000 people.

Former French health minister Agnès Buzyn, who resigned in mid-February 2020 at the start of the COVID-19 epidemic, will be summoned to a judicial source on Friday over a possible indictment in the Court of Justice of the Republic (CJR) in Paris.

This subpoena to the CJR, the only court in France empowered to judge ministers in the exercise of their duties, comes as part of the investigation into the French government’s handling of the epidemic, which has been ongoing since July 2020.

Vaccine: WHO is still against a third dose

The WHO has again called for people vaccinated against COVID-19 not to receive a third booster dose so that the vials can be sent to poor countries that have only been able to vaccinate a tiny fraction of their population.

“I will not be silent when the companies and the countries that control the global supply of vaccines think that the poor of the world should be satisfied with the leftovers,” his CEO, Tedros Adhanom Ghebreyesus, grumbled angrily.

The Italian police searched the homes and computers of eight “anti-vaccine” activists on Thursday and called for violent actions during demonstrations against the health passport.

The group, which communicated via a telegram message entitled “The Warriors”, called for mass participation in a demonstration planned for the weekend in Rome, but also called on its members to carry out violent actions in their places of residence, they report . Police.

Tragic fire in a COVID-19 unit in Macedonia

Authorities in North Macedonia on Thursday promised to investigate the origins of an explosion followed by a massive fire that devastated a COVID-19 unit in the small Balkan nation, killing at least 14 people.

Prime Minister Zoran Zaev spoke of a “great tragedy” when he visited the small town of Tetovo in the north-west after the disaster.

The COVID-19 pandemic has killed at least 4,593,164 people worldwide since late December 2019, according to a report compiled from official sources by AFP at 6 a.m. on Thursday.

The World Health Organization (WHO) estimates, taking into account the excess mortality directly and indirectly linked to COVID-19, that the toll of the pandemic could be two to three times greater.