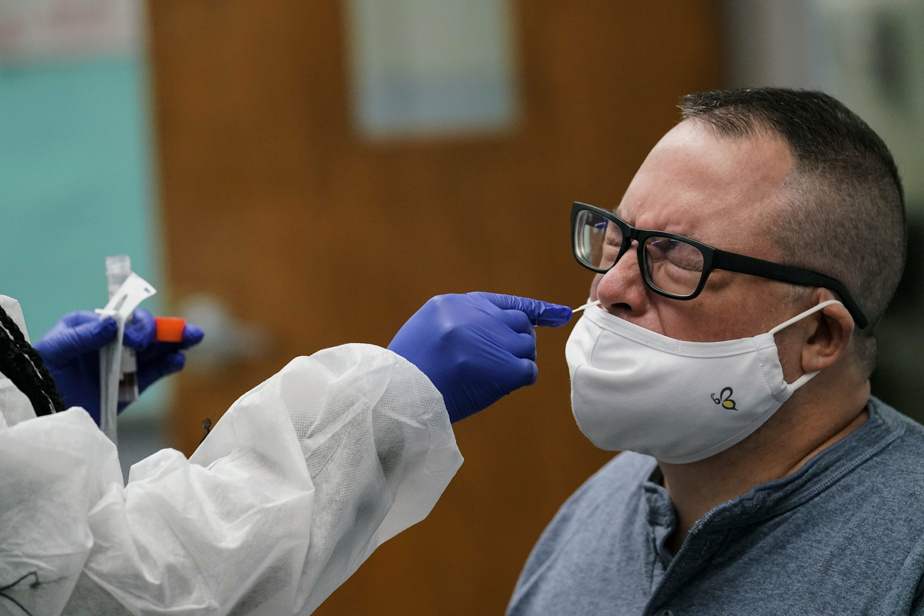 (Paris) The novel coronavirus pandemic has killed at least 4,798,207 people worldwide since the WHO office in China reported the outbreak of the disease in late December 2019, according to a report produced by AFP from official sources at 6 a.m. on Monday .

More than 234,850,860 cases of infection have been officially diagnosed since the epidemic began. The vast majority of patients recover, but a still poorly rated portion will retain symptoms for weeks or even months.

The World Health Organization (WHO) even estimates, taking into account the excess mortality directly and indirectly linked to COVID-19, that the number of victims of the pandemic could be two to three times higher than the officially recorded.

The countries that recorded the most new deaths in their most recent reports are Russia with 883 new deaths, the United States (246) and Iran (229).

The United States is the hardest hit country in terms of deaths, according to Johns Hopkins University, with 701,176 deaths for 43,683,179 cases.

This assessment was carried out on the basis of data collected by the AFP offices at the national competent authorities and information from WHO.

Due to regulatory corrections or late publication of data, the 24-hour increase numbers may not exactly match those of the previous day.

New Zealand is revising its strategy

The New Zealand Prime Minister admitted on Monday that her “zero COVID-19” strategy could not stop the spread of the virus in Auckland and that a new approach was needed in view of the new Delta variant.

“Eliminating the virus was important because we didn’t have a vaccine. Now we have it so we can start changing the way we do things, ”said Jacinda Ardern. The Auckland containment, which is in place for seven weeks, will therefore be relaxed even if the number of new cases does not decrease, she said.

The archipelago of five million people has recorded only 27 deaths since the pandemic began. For months, the country was protected by strict border measures that allowed New Zealanders to lead a near-normal life.

Global tourism raised its head in July thanks to progress in vaccination and lesser restrictions, but is still far from pre-pandemic levels, the World Tourism Organization (UNWTO) said on Monday.

In July, 54 million international tourists were registered worldwide, the highest since April 2020, at the beginning of the health crisis. But that number is still very far from the 164 million as of July 2019.

Carnival in Rio 2022 without restrictions?

The Mayor of Rio on Sunday promised to do whatever it takes for a 2022 edition of Carnival without social distancing, anticipating an anti-COVID-19 vaccination to be rolled out after a 2021 edition is canceled due to a pandemic.

End of mask in elementary school in 47 French departments

French students in five-year primary school (6-11 years old) will no longer have to wear the mask from Monday in the 47 departments least affected by COVID-19 in France, which have a total of 101 departments.

Since June, the age group of 12 to 17 year olds has also been entitled to a vaccination if they so wish, and according to the authorities, two thirds of the children affected have now taken recourse.

Unlike unvaccinated adults, minors can still benefit from free PCR testing after October 15. The vaccination of minors remains the subject of scientific discussion, as the risk of developing a severe form of COVID-19 in this age group is very low.

The pandemic has killed at least 4,798,207 people worldwide since the WHO office in China reported the outbreak of the disease in late December 2019, according to an AFP report from official sources at 6 a.m. on Monday.

Among the hardest hit countries, Peru is the country with the highest number of deaths relative to its population

The World Health Organization (WHO) estimates, taking into account the excess mortality directly and indirectly linked to COVID-19, that the toll of the pandemic could be two to three times greater.