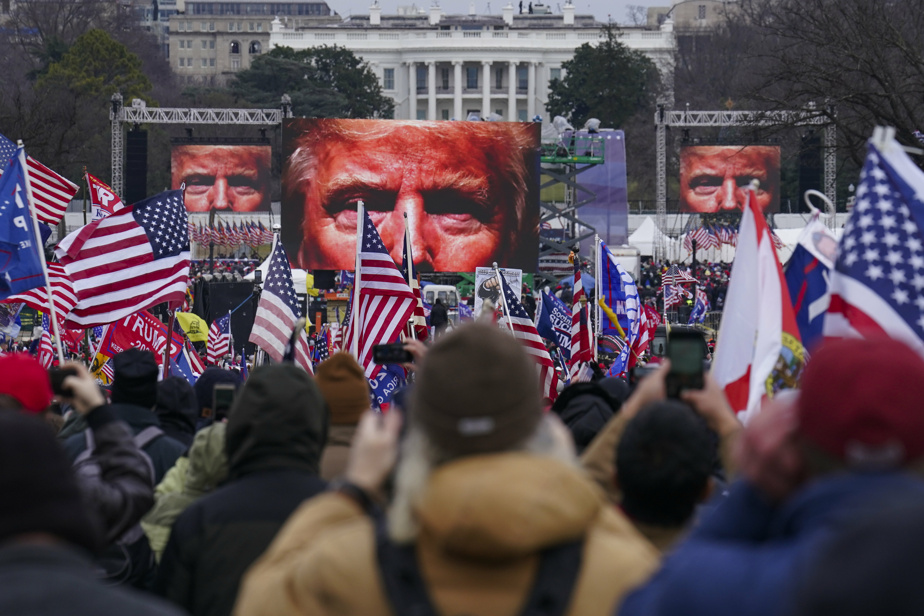 The officer shot and killed Ashli ​​Babbitt, 35, when she tried to break open a door with dozens of other protesters.

She was a former soldier and a staunch supporter of the then Republican president who protested Democrat Joe Biden’s certificate of victory.

“After interviewing several witnesses and reviewing the available evidence, including radio and video calls,” the Capitol Police Professional Accountability Office determined “that the officer’s conduct was lawful and in accordance with departmental guidelines that an agent may use lethal force if he reasonably believes that this act is for the protection of human life, including the life of the agent himself ”.

The police officer, who was not identified for his own safety, is not facing internal disciplinary action, a statement said.

“This agent and his family have been the subject of several credible and specific threats” for an act that “occurred in the course of the work of all our agents: defending Congress, its members, its staff and the process. Democratic”.

Police say the official’s actions “potentially saved members and staff (of Congress) from serious injury and possible death” in the face of “a large crowd of rioters”.

For many Donald Trump supporters, Ashli ​​Babbitt is a martyr. The former president called his death murder.

On January 6, hundreds of pro-Trump protesters forced their way into Congress as MPs gathered to certify Joe Biden’s victory over the incumbent Republican president. Almost 600 people have now been arrested for their involvement in the fatal attack.