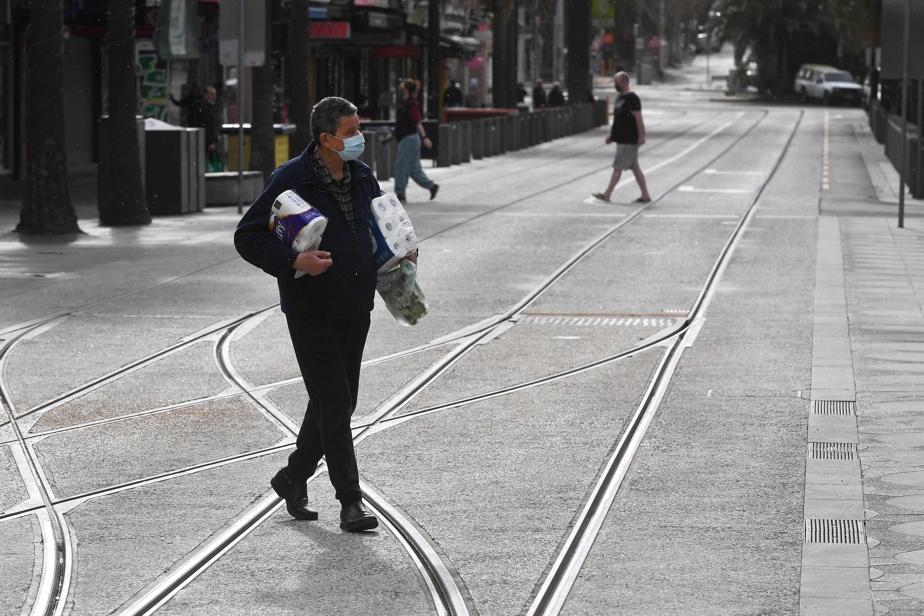 (Melbourne) The containment of Melbourne, Australia’s second largest city, was extended by two weeks on Monday and is accompanied by a curfew, authorities said as they attempt to contain a surge in COVID-19 due to the Delta variant.

Melbourne’s more than five million people will not be allowed to leave their homes between 9 p.m. and 5 a.m. as of Monday, except for those who work in sectors deemed essential.

Victoria Prime Minister Dan Andrews said he was forced to take the move after a large number of rallies over the weekend.

“We have seen a lot of people break the rules and not do what they should,” he said, saying Melbourne was at a “turning point” in fighting the epidemic.

Mr Andrews said the lockdown, which went into effect August 5, would be extended until September 2 to keep the city from being in the same situation as Sydney, where the situation is still out of control. .

A long line stretches across the Sydney Olympic Park, where a vaccination center has been set up, on August 16.

More than 8 million people in New South Wales, including Sydney, have been incarcerated for almost two months.

More than 8,200 cases and 56 deaths have been recorded in this state since this epidemic resurgence due to the Delta variant began in mid-June.

A three-day lockdown of Darwin, a town of 150,000 in the Northern Territory, was ordered after a man tested positive for COVID-19. Canberra will remain locked in until September 2nd.

The repeated and persistent lockdowns of many cities on the vast island continent anger many residents as authorities want to pursue their goal of “zero COVID-19” until vaccination rates reach 70% or more.

Slowly at first, the vaccination campaign has accelerated in recent weeks and a quarter of Australians are now fully vaccinated.

Since the pandemic began, Australia has recorded more than 39,000 cases of COVID-19 and 966 deaths among a population of 25 million.

Civil War in Ethiopia | The river on the border with Tigray carries bodies with tied hands, say Sudanese

“Protection of the right to information” | Journalists attacked by anti-vaccine drugs: Reporters Without Borders protests