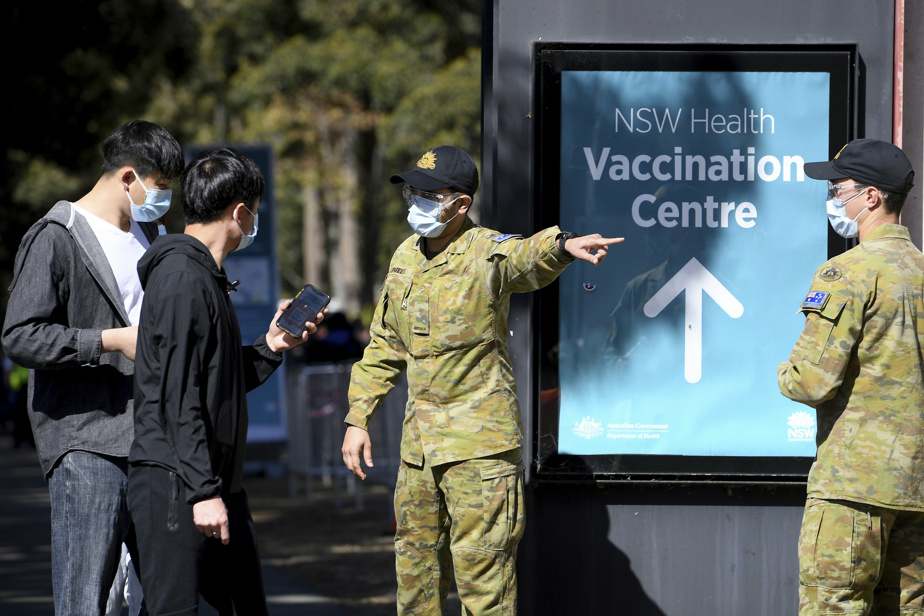 (Sydney) The Sydney lockdown, begun two months ago, was extended for another month on Friday as Australia’s largest city desperately tries to contain an outbreak of COVID-19 due to the Delta variant.

“Unfortunately, the number of cases continues to grow,” said New South Wales Prime Minister Gladys Berejiklian, admitting that she had to make a “difficult” decision.

Having recorded a low level of contamination since the pandemic began, Sydney now has more than 600 cases per day.

The closure applies throughout the city until the end of September. Residents in the hardest hit areas are subject to a night curfew and can only go out for physical activity for an hour a day.

About a thousand soldiers are deployed to help the police enforce measures that more and more residents are trying to break.

As the death toll continues to rise and the virus spreads to other parts of the country, Australia is rushing to vaccinate as many people as possible.

So far, nearly 30% of the population has received two doses of the vaccine.

The entire population of Wilcannia – a small town surrounded by several ancient Aboriginal sites – has been asked to be tested. A burial would be the source of a major source of contamination.

A spokesman for the local health service told AFP officials are going door-to-door to urge residents to get tested.

At the beginning of the pandemic, the residents of Wilcannia had posted signs on the outskirts urging motorists not to stop there in order to limit the risk of contagion.

New South Wales authorities are facing mounting anger from other Australian states where cases related to the Sydney outbreak have emerged.

Since the pandemic began, Australia has recorded more than 42,000 cases of COVID-19 with nearly a thousand deaths.

A bike and an old fridge to a village in Malawi. to illuminate