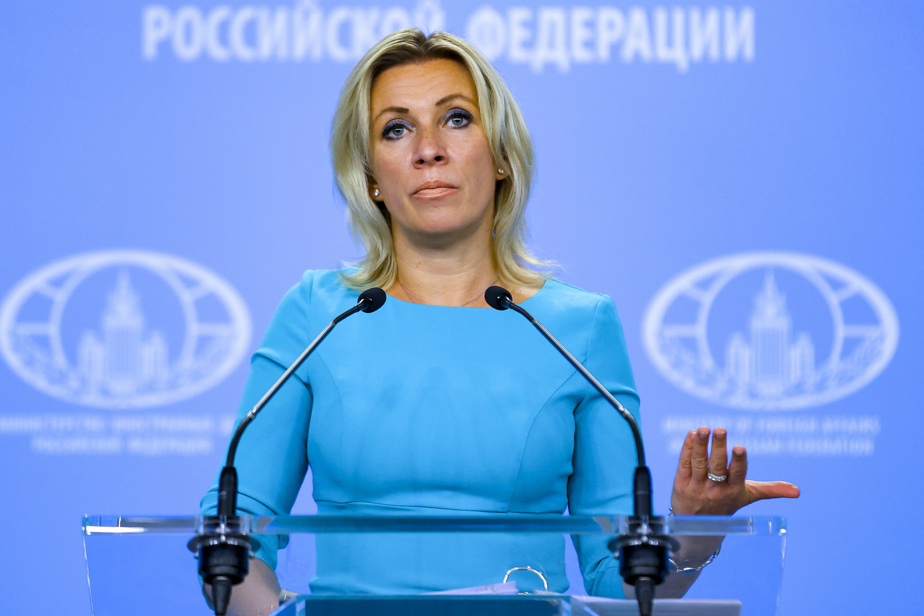 (Moscow) Russia’s refusal to extend a BBC correspondent’s visa is in response to London’s “discrimination” against Russian media, the Russian Foreign Ministry said on Saturday.

Russian diplomacy spokeswoman Maria Sakharova said the conflict went back to 2019, when a Russian journalist had to leave British territory “without explanation”. She accused Great Britain of trying to falsify the facts for propaganda purposes.

“I repeat: the Russian decision is solely a (measure) of retaliation. It has nothing to do with freedom of expression, ”added Zakharova on Facebook.

On Thursday, Russian state television announced that BBC correspondent Sarah Rainsford would have to leave Russia at the request of the authorities, a decision the British public broadcaster described the following day as an “attack on freedom of the press”.

Ms. Zakharova accused Britain of “skewing” the presentation of the case and the BBC’s propaganda.

On Saturday, the BBC correspondent said she had been told she could never return to Russia.

Long-time BBC correspondent in Moscow, Ms. Rainsford, will have to leave Russia if her visa expires on August 31st. According to the Russian state television, this visa will not be extended.

“Extending my visa is not a failure, even if it technically looks like I will be kicked out and told that I will never be able to return,” Ms. Rainsford told the BBC.

Two days before the expulsion was announced, Ms. Rainsford questioned the Russian-allied President of Belarus Alexander Lukashenko about his authorities’ violent repression against the opposition demonstrators in Minsk.

Mr Lukashenko then accused them of being supported by the United States in very hostile remarks to the BBC.