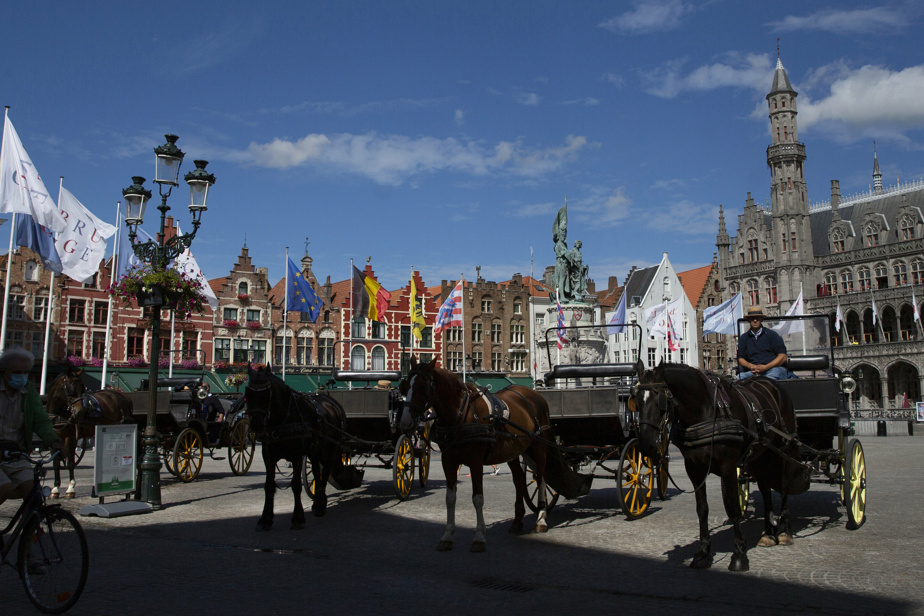 Could the Netherlands and Belgian Flanders be just one country? This is the fantasy of the Flemish independence leader Bart De Wever, who recently called for a revival of this old political project. An unrealizable “dream”, say experts. Explanations.

What are we talking about exactly?

The Flemish nationalist leader Bart De Wever threw a cobblestone into the pond last week and pleaded for the annexation of Flanders to the Netherlands.

“If I could die as a South Dutchman, I would die happier than as a Belgian,” said the chairman of the New Flemish Alliance, a separatist party that campaigns for Flanders’ independence.

Bart De Wever said he had “dreamed” for a long time that all Dutch speakers “would one day live together again, in the Netherlands in the north and in the south”.

In his opinion, by merging the two largest ports in Europe, Antwerp in Belgium and Rotterdam in the Netherlands, this new entity would become “one of the strongest economies in the world”.

“Sounds like a fantastic story to me,” he added.

His statement did not go unnoticed in Belgium, but even less so in the Netherlands, as it was made during prime time on the set of the popular Dutch TV show Trends Talk.

Who is Bart De Wever?

The mayor of Antwerp and leader of the New Flemish Alliance (N-VA), the largest opposition party in the Belgian parliament, Bart De Wever has been campaigning for the independence of Flanders, one of the three regions of Belgium, for years. with Brussels and Wallonia.

PHOTO FROM THE WEBSITE OF THE NEW FLEMISH ALLIANCE

The staunch nationalist, sometimes categorized as far-right because of his ambiguous positions on migration, believes his affluent region would have more leeway without the economic weight of Wallonia, a poorer French-speaking region. He also argues that the two regions have little in common culturally and linguistically.

He wants to negotiate a state reform that would turn Belgium into a confederation as soon as possible.

This “orderly separation” would be a further step towards pure independence for Flanders. In absolute terms, it could pave the way for a reunification of Flanders and the Netherlands, two Dutch-speaking countries that he considers more compatible than Flanders and Wallonia. Kind of like the English Canada parting from Quebec to join the United States.

A project that makes you skeptical

Bart De Wever’s statements caused a stir on both sides of the border.

“‘Skepticism’ would be the right word”, summarizes the Dutch political scientist Simon Otjes, professor at the University of Leiden in the Netherlands.

According to Otjes, Bart De Wever’s project is seen as “a bizarre idea” by most media and politicians in the Netherlands.

The only politician who has been open to this possibility is far-right leader Geert Wilders, who shares the Flemish Prime Minister’s identity … but that was in 2008!

The same story in Belgium, where the news seems to have made little waves. “People were wondering what he was talking about because, to be honest, this idea is not very widespread in Flanders and does not seem to be very relevant there,” emphasizes Carl Devos, professor at Ghent University.

The same but different

It is true that the two areas have Dutch in common. But Simon Otjes argues that there are also deep differences between Flanders and the Netherlands.

” [De Wever] is based on the idea that people in Flanders and the Netherlands speak the same language. But it’s like we’re talking to you about a merger between French Canada and French Guiana … The idea of ​​removing a language barrier by believing that would solve it all is to neglect the fact that it is religious There are limits [une partie des Pays-Bas est protestante, la Flandre, majoritairement catholique] and very strong cultural ties between the two countries. ”

In the Benelux, a free trade area between Belgium, the Netherlands and Luxembourg, as well as in the Dutch Language Union, the two entities are already working “closely” together, according to the political scientist. He immediately questions the need for a political merger, even if stronger cooperation between the ports of Antwerp and Rotterdam would have undeniable economic benefits.

According to Carl Devos, it is also possible that Bart De Wever’s project is motivated by his interests in Antwerp, of which he is mayor. He also confirms the statements made by his Dutch colleague.

It is not because we have the same language that we share the same culture and traditions. On the contrary, there is even a kind of competition between the Flemings and the Dutch. We are not the best friends in the world and a majority of Flemings do not want this reunion.

A story to patch up

Flanders and the Netherlands have already formed only one country. But the fall of Antwerp in 1585 during the Eighty Years’ War separated the two entities. Who lived together for a time until Belgium became officially independent in 1830.

Since then, the dream of reunification has come up again and again. With the so-called “Greater Dutch Ideology” movement. This largely declined after the end of World War II, although the idea continues to circulate quietly.

When asked about the topic as part of the Trends Talk program, Bart De Wever admitted that the mentalities were not ripe for this project, which does not seem to find support. But he added that things could change quickly.

“Federalism was unthinkable in Belgium in the 1960s, it was a reality in the 1970s. Confederalism is difficult to imagine in Wallonia today, I think it will be a reality tomorrow. A confederation of the Netherlands with 17 provinces could become a reality the day after tomorrow,” stressed he.