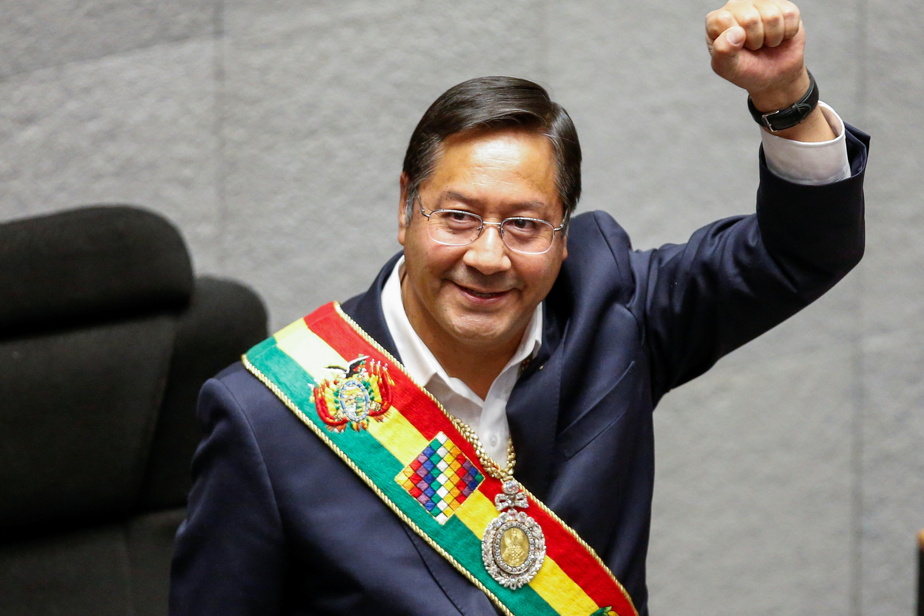 (La Paz) Bolivian President Luis Arce said on Friday that he wanted those responsible for the alleged coup of 2019 against former President Evo Morales to be “punished”, supported by “international accomplices”.

“We will not cease, within the scope of our powers, to demand the prosecution and punishment of the perpetrators of the coup,” said Arce during a session of the two chambers of the Congress (Parliament) on the occasion of the establishment of Bolivia on August 6, 1825.

All who worked there “must answer to the courts for the illegal, illegitimate and violent acts they have committed,” he claimed amid scorn by the opposition.

For Mr Arce’s party, the Movement for Socialism (MAS), the resignation of Evo Morales, who ruled Bolivia from 2006 to 2019, after a controversial presidential election is the result of a “coup d’état”. Police status.

The Bolivian judiciary in power has already arrested former right-wing interim President Jeanine Añez, who succeeded Mr Morales, as well as several of his ministers and former army and police leaders.

Jeanine Añez was sworn in as interim president in November 2019, two days after the resignation of Evo Morales, who declared himself the winner of the presidential election, in which he ran for a fourth term but was accused of fraud by the opposition.

After a demonstration campaign that killed at least 35 people, Mr Morales, who was released by police and army, resigned and fled to Mexico and then Argentina.

After the presidential victory of his dolphin Luis Arce in October 2020, he returned to Bolivia.

The new Bolivian president also said that the perpetrators of the “coup” had “international accomplices” and that a conspiracy by right-wing governments in South America, the European Union (EU) delegation in La Paz, the Catholic Church and former right wing president Carlos Mesa (2003-2005) and Jorge Quiroga (2001-2002) were part of the conspiracy that led to Evo Morales’ departure and his replacement by Ms. Añez.

The EU firmly rejects this allegation.

The former head of state Carlos Mesa regretted on social networks that the new president “is not keeping his promise to create an area of ​​reconciliation and peace” because behind his back is “Evo Morales and his obsession with the search for power”. at all costs “.

This national commemoration ceremony was preceded on Thursday in La Paz, the capital, by street fights between supporters of the government and the opposition.

Scholz and Laschet at Macron in Paris |