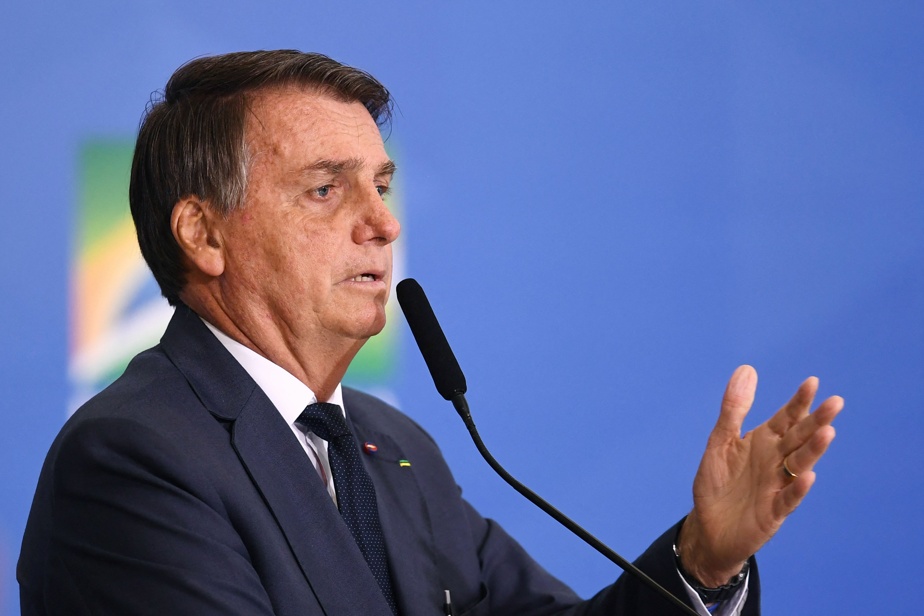 (Brasilia) President Jair Bolsonaro on Wednesday once again questioned the reliability of the result of the next presidential election in Brazil and, despite the bitter failure that the House of Representatives inflicted on him on this matter on Tuesday, he did not disarm.

The MPs only approved a proposal for a constitutional revision of voting via electronic ballot box with 229 votes, which the far-right president continues to challenge. However, 308 were needed. The proposal was rejected by 218 MPs.

Bolsonaro counted on the support of House spokesman Arthur Lira, an ally, but said he had “buried” the proposed constitutional revision after the government’s devastating defeat.

The head of state did not hear that. “It was tight, 229 for and 218 against,” Jair Bolsonaro assured supporters in front of his official residence.

“This is a sign that half (of the MPs) do not believe 100 percent in the integrity of the work of the Higher Electoral Court” (TSE), he added.

“They don’t think the bottom line will be reliable,” he said, referring to the presidential election in late 2022, in which he would like to represent himself if the polls predict defeat.

Bolsonaro claimed that the MPs who voted against and the 60 or so who were absent to avoid voting were “the object of blackmail”.

In recent weeks, the head of state has multiplied the allegations of electoral fraud with the electronic voting system that has been in place since 1996. He has waged war on the Supreme Court and the TSE, which are investigating his discrediting attacks against him.

Without questioning the electronic system, Bolsonaro requires a paper proof of voting to be printed out so that the ballot papers can be recounted in the event of a dispute.

He also claims that he would have been elected in the first round of the presidential election in October 2018 had it not been for fraud – allegations without any basis for the TSE and many specialists.

“Bolsonaro will take the point further,” said Sylvio Costa of Congresso em Foco, a website that follows Parliament’s activities. “He knows what to do: create unrest, stir up riots, mobilize his troops”.

On Tuesday, Jair Bolsonaro took part in an unprecedented military parade in Brasilia, criticized by many as an attempt to show strength and intimidate parliament before voting on a constitutional revision.

Thunberg visits a village in a lignite mining area |