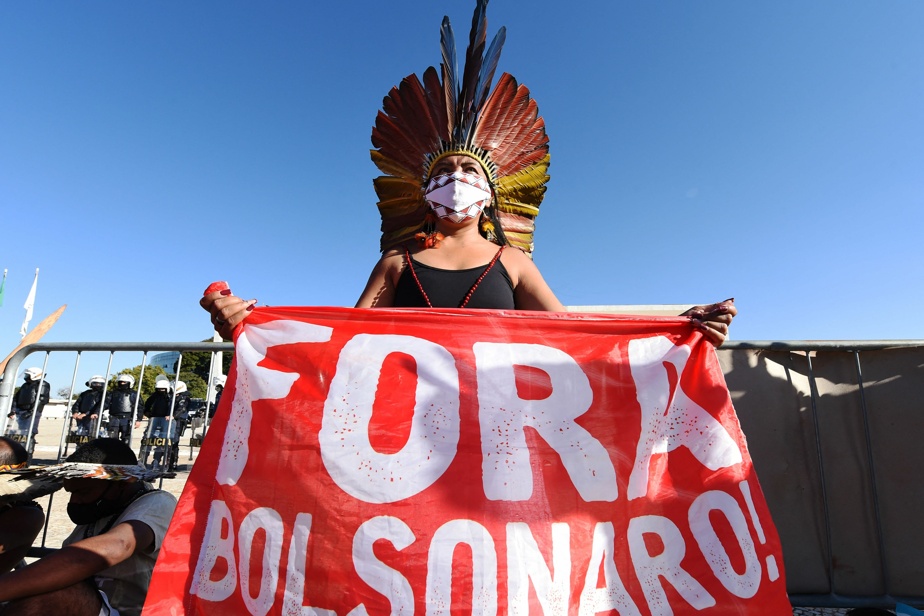 (Brasilia) The Association of Indigenous Peoples of Brazil (APIB) called on the International Criminal Court (ICC) on Monday to open an investigation into President Jair Bolsonaro for “anti-indigenous policies”, “genocide” and “ecocide”.

The indigenous tribes of Brazil have already led the ICC against Bolsonaro, but this is the first time they have done so with indigenous lawyers, said in a statement by the APIB, which brings together various regional fighting organizations to defend the rights of indigenous people.

“We believe that actions are currently taking place in Brazil that constitute crimes against humanity, [des crimes de] Genocide and ecocide, ”writes the APIB. “Given the inability of the current Brazilian judicial system to investigate, detain and judge [les responsables de] these actions we condemn these actions in front of the international community and seize the ICC ”, explained Eloy Terena, legal coordinator of the APIB.

The APIB is based on reports from indigenous leaders and organizations, official documents, academic research and technical reports that “demonstrate that there is a clearly anti-indigenous and systematic policy” […] was planned and implemented under Bolsonaro’s leadership “since the far-right leader came to power a little over a year later in January 2019, and particularly during the coronavirus pandemic.

Jair Bolsonaro advocated the opening of indigenous lands and protected areas of the Amazon – already severely affected by deforestation and illegal mining prospecting – for the exploitation of natural resources, which drew an avalanche of criticism in Brazil, but also among “foreigners”.

The intrusion of artisanal miners and loggers is one of the first factors behind the contamination of indigenous communities by the coronavirus, which has caused 1,166 deaths and more than 57,000 infections among the nearly 900,000 natives, according to the APIB.

In recent months, thanks to the weight of the agricultural lobby in parliament, various bills have been tabled that are perceived by the locals as very threatening.

These represent 0.5% of the 212 million Brazilians and their land covers 13% of the territory of the vast country.

One of these bills, which has already been approved by the Chamber of Deputies and has to be submitted to the Senate, changes the existing rules on the delimitation of indigenous lands.

Already last January, the cacique Raoni Matuktire, the emblematic defender of the Amazon rainforest, asked the ICC to investigate Jair Bolsonaro, who is accused of “persecuting” indigenous peoples, for “crimes against humanity” Habitat destroyed and their basic rights violated.