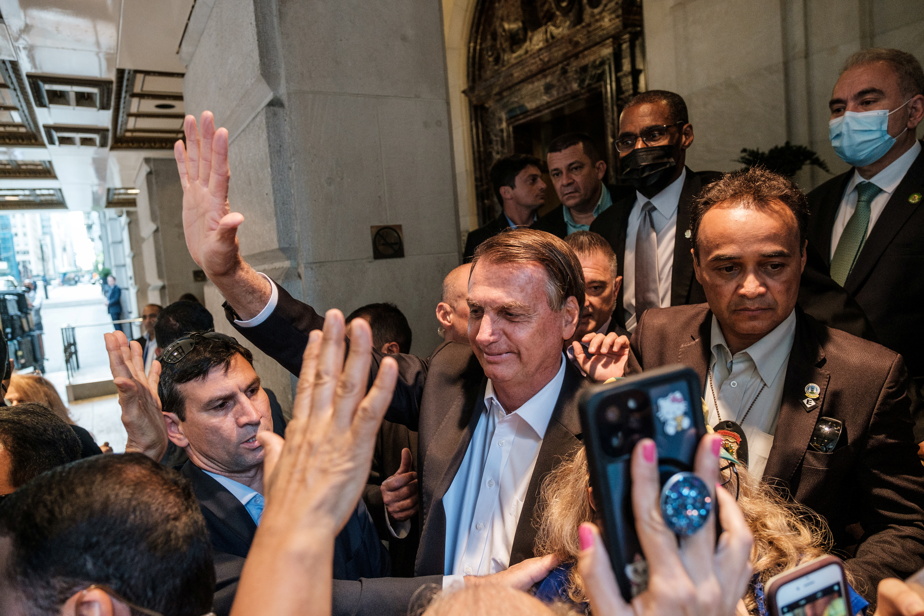 (Rio de Janeiro) President Jair Bolsonaro assured in an interview published on Friday in the weekly Veja that there was “no risk of a coup” in Brazil and that he would do nothing to prevent “the presidential elections” of 2022.

“On my part, there is no danger of a coup,” said the right-wing extremist head of state in this conciliatory interview on Thursday.

“But on the other hand, there is always this possibility,” said Jair Bolsonaro, referring to the “more than 100 impeachment motions” that were filed in the Chamber of Deputies, particularly because of his handling of the coronavirus pandemic. In his opinion, his dismissal would be tantamount to a coup.

President Bosonaro’s handling of the pandemic was classified as “criminal” by the opposition and as irresponsible by most scientists. Nonetheless, political analysts in Brazil consider it unlikely that he will be removed from office.

An attack on state powers

The institutional crisis in Brazil peaked on September 7th when Jair Bolsonaro threatened the Supreme Court by calling tens of thousands of protesters in Brasilia and Sao Paulo (southeast) for their support.

“I exaggerated a bit with my words,” he admitted in an interview with Veja, as he had done two days after the demonstrations. In a written statement, he then attempted to calm things down by asserting that he “did not intend to threaten power” and that his attacks on the Supreme Court were pronounced “in the heat of the moment”.

But Jair Bolsonaro told Veja he knew his supporters were hoping for stronger action or even a coup to bolster his power.

They wanted me to screw it up […] that I am acting outside the framework of the Constitution. Can you imagine the problems if I screwed everything up?

On September 7, Bolsonaro also threatened not to recognize the 2022 presidential election, which he believes would be “a farce” if the electronic voting system in place since 1996 is retained, which he believes is vulnerable to fraud.

But he withdrew in an interview with Veja: “Don’t worry, the election will take place, I won’t prevent it.”

The Brazilian president, who scores worst in polls with a popularity of 22%, is largely the loser in the October 2022 election to his archenemy, the left-wing ex-president Luiz Inacio Lula da Silva.

“We never have rest in this job. One of my only satisfaction is knowing that there is no communist in this chair (the presidency), ”he said.

Jair Bolsonaro also reiterated that he had “not made the slightest mistake” in dealing with the health crisis that has left nearly 600,000 dead in Brazil.

“I was criticized for saying that staying home was not the solution […] Today, studies show that the obese and those who are afraid are the most likely to die from the coronavirus. Everyone gained weight while staying at home, ”he claimed.

For him, the Senate Commission of Inquiry, which is examining the government’s “failings” in this management of the pandemic, “has no credibility”.

“History will show that the measures we took saved people,” summed up the president, who is still promoting the ineffective hydroxychloroquine and refusing to be vaccinated.

The 20th anniversary of September 11th | An unlikely repeat

Venezuela | Protest against the extradition of a relative from Maduro. to the USA

Floods in India | Hundreds of thousands of people in danger