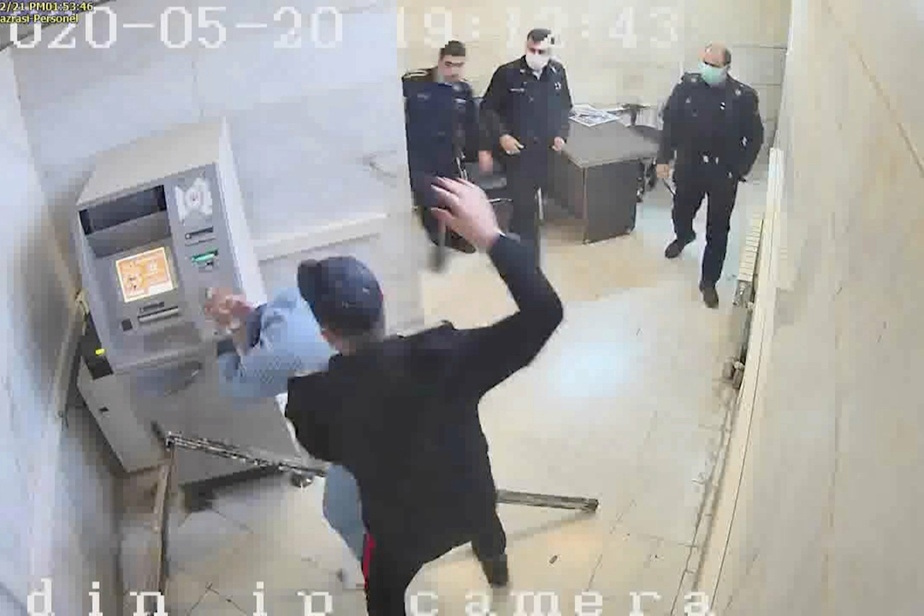 (Tehran) The head of Iranian prisons admitted “unacceptable behavior” in his services abroad on Tuesday after the publication of internal videos allegedly obtained by hackers and showing violence against prisoners.

“To the pictures of the [prison d’Evine, à Téhéran], I take responsibility for this unacceptable behavior and promise that these painful facts will not be repeated and that the defective elements will be treated with severity, ”wrote Mohammad-Mehdi Hadj-Mohammadi in a message recorded by Iranian media on Twitter.

This screenshot from a video shows how guards drag an inmate who is too weak to walk to Evin Prison in Tehran, Iran.

“I apologize to Almighty God and our dear leader [l’ayatollah Ali Khamenei, guide suprême, NDLR], To [notre] great nation and honorable prison guards whose efforts are not discredited by these mistakes, ”adds the prison administration director, without specifying how he intends to approach the problem.

Overseas Persian-speaking media on Sunday released what they termed videos broadcast to them on behalf of a group of hackers called “Ali’s Justice” showing prison guards beating or mistreating inmates.

According to these media, the images are surveillance cameras from Evin Prison in Tehran, obtained by hackers by infiltrating the prison’s computer system.

This screenshot from a video shows a guard beating an inmate at Evin Prison in Tehran, Iran.

A photo widely used in social networks shows a central monitoring station of the establishment, several screens show the logo of a scale on a black background with a flail leaning over the words “Cyberattack” in red and a qualifying message “Evins prison” as “a shame “and demanded” the release of political prisoners “.

Mohammad Mossadegh Kahnamouy, deputy head of the judiciary, quoted by the ISNA agency, said over videos broadcast by “La Justice d’Ali” that the case was “not entirely clear” and that it was being “investigated”.

Muhammad’s son-in-law and cousin Ali is the first of the series of imams who have been venerated by believers in Twelve Shiism, the state religion in Iran since the 16th century.