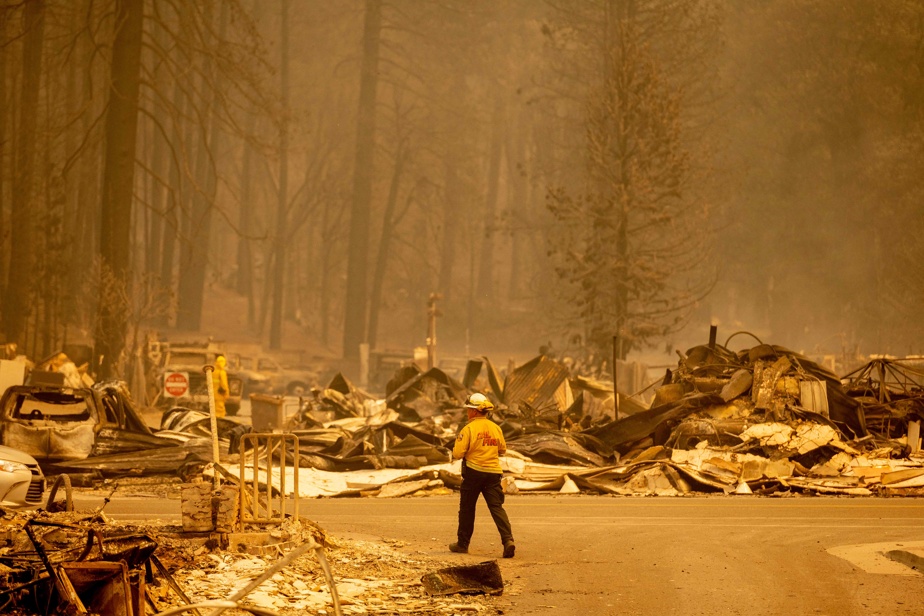 (Greenville) The massive forest fire that devastated northern California on Friday became the third largest fire in the state in recent history and its spread could continue.

The ongoing drought, which scientists believe to be related to climate change, has made the western United States particularly vulnerable to these very devastating fires.

The Dixie Fire that devastated the small town of Greenville this week has devoured more than 170,000 acres since it erupted in mid-July.

“People who have lost their homes and businesses … their lives will never be the same,” said Plumas County Sheriff Todd Johns, who helps coordinate fire-fighting efforts and has lived “forever” in Greenville.

“My heart is broken by what happened in this 800-inhabitant city,” he said. “I can only tell you that I am sorry. ”

Scorched, Greenville revealed nothing but ruins on Friday. All wooden structures were turned to ashes and some stone buildings were reduced to rubble.

If no one has been injured by the fire, it’s important that locals follow evacuation instructions, Todd Johns said.

“This fire is not over yet. If that puff of smoke comes your way, you need to prepare. Wherever the wind blows, there (fire) will go. ”

More than 5,000 firefighters fought the huge flames, the huge plumes of smoke from which can be seen from space.

Authorities said Friday they expected gusts of wind to fuel the flames.

These squalls, combined with difficult terrain and abundant, very dry vegetation, made the fire brigade even more difficult.

The Dixie Fire expanded to 175,000 acres overnight, an area larger than that of the Bootleg Fire, and devastated the state of Oregon further north.

Its flames have grown so much that they create their own climate.

Forest fires are widespread in California, but they are increasingly devastating due to climate change.

At the end of July, fires had already destroyed two and a half times more vegetation than in the same period in 2020, but the worst year in California’s history in terms of fires.

The Dixie Fire is painfully reminiscent of the Paradise Fire of 2018, California’s deadliest fire in recent years.

Faulty power lines running through the northern town of Paradise had caused the fire that killed 86 people.

For the Dixie Fire, PG&E equipment comes into question again after a tree fell on a power cable on the day the fire broke out.

The company announced in late July that it would bury its 16,000 kilometers of power cables to prevent its devices from causing new devastating fires.

Greenville itself is used to fires. It had been nearly extinguished as early as 1881, and over the past century and a half, several fires threatened its residents.

London would like to force migrant boats to turn back |

The Disaster Relief Challenge in Haiti