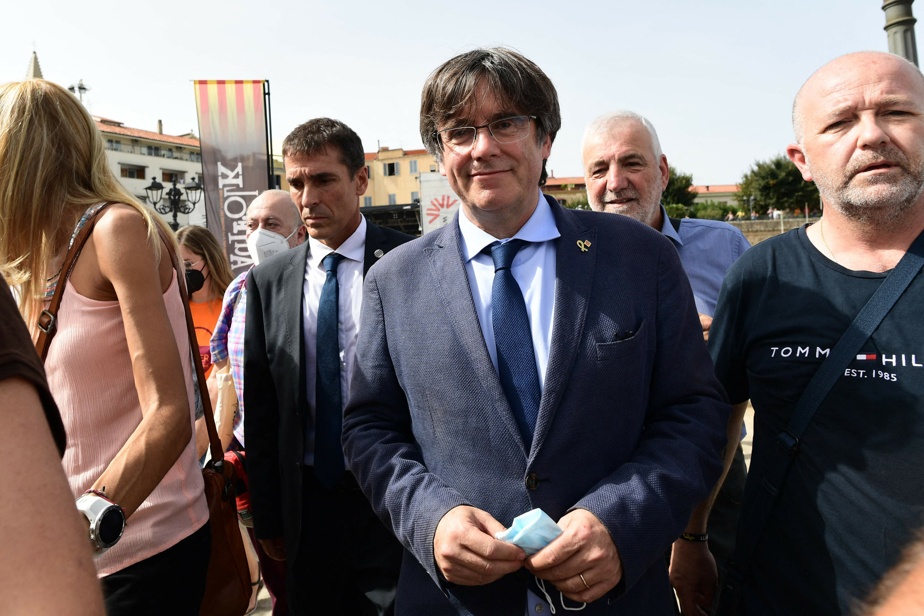 (Alghero) Former President of Catalonia and MEP Carles Puigdemont, who was briefly detained in Sardinia and allowed to move freely, announced on Saturday that he would be returning to Belgium from Italy on Monday but would return to Italy in early October for one To conduct a hearing on his alleged extradition from Spain.

“I plan to return to Brussels on Monday because there is a meeting of the Committee on Foreign Trade (of the European Parliament), of which I belong,” he said during a press conference in Alghero, a Sardinian city with Catalan culture. “On October 4th I was invited to the court of Sassari (Northern Sardinia). I will indeed be there because every time I have been summoned by the courts, I have introduced myself, ”he said.

Mr Puigdemont, 58, MEP since 2019, was arrested on Thursday evening when he arrived at Alghero airport, where he was supposed to be attending the Catalan Adifolk festival. He was released Friday evening after promising to attend a hearing on his extradition to Spain on October 4th.

The Spanish judiciary accuses him of “rioting” and “misappropriating public funds”.

His arrest and then his release 24 hours later by the Italian judiciary “prove”, according to him, the struggle of the Catalan separatists for “freedom, democracy, the defense of the right to self-determination, freedom of expression, freedom of movement”. “.

According to his Italian lawyer Agostinangelo Marras, the decision on his extradition could take “weeks”.

In March 2018 he was arrested for the first time at the request of Spain, this time in Germany. However, he was released a few days later.

The independentist enjoyed parliamentary immunity at times, but the European Parliament lifted it by a large majority on March 9th. A measure confirmed by the General Court of the European Union on July 30th.

However, an appeal has been filed against the decision of the European Parliament, on which the EU courts will have to make a final decision “at a later point in time”. His legal advisers are therefore of the opinion that Parliament’s decision, as well as the application of the arrest warrant, is “suspended” and that your client must continue to benefit from his immunity.

On Saturday morning, Carles Puigdemont had made a tour of Alghero for his first public appearance after his release from the maximum security prison in Sassari.

“I am very happy to be here to benefit from this event, this cultural and linguistic event,” which has brought together political and cultural figures from Catalonia and Sardinia every year for almost four decades, he told AFP. “I’m used to being chased by Spain, but it always ends the same way: I’m free.”

Catalonia’s attempt at secession in October 2017 was one of the worst crises Spain has experienced since the end of Franco’s dictatorship in 1975.

Despite the ban on the judiciary, the regional government, chaired by Mr Puigdemont, organized a police-violent referendum on self-determination, which was followed a few weeks later by a stillborn declaration of independence.

Madrid responded by taking control of the region and arresting key independence movement leaders who had not fled abroad.

EU adds rare disease as a side effect