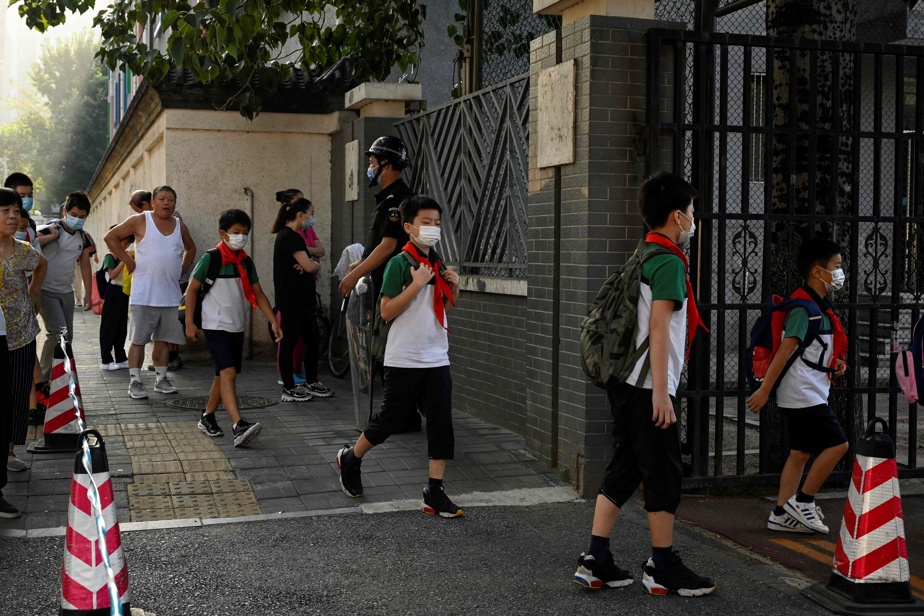 (Beijing) The new school year began on Wednesday in China with a novelty: elementary school books full of “Xi Jinping Thoughts,” an opportunity for the Communist Party to spread patriotism and develop a cult around the president.

According to the guidelines of the Ministry of Education, this new content will be integrated into all courses and affect all students up to and including the university.

The textbooks contain quotations from the president about patriotism or the responsibility of citizens. The chapters particularly recall the party’s role in the fight against poverty and COVID-19.

Elementary school teachers must “plant the seeds of love for the party, the country and socialism in the hearts of young people,” said a government release.

“Xi Jinping’s Thoughts on Chinese-Style Socialism in the New Era,” his full name, consists of several principles that call for national solidarity, development, and party stance.

In particular, she urges the Chinese to “have faith in their culture”, “achieve common prosperity” by “putting the people at the center of development”, “advancing the rule of law” or “building an army of the world” into class “.

These manuals aim to “promote the cult of Xi but also instill a greater sense of national pride,” Adam Ni, director of the China Policy Center in Australia, told AFP.

Xi Jinping enshrined his thoughts in the constitution in 2018 during a parliamentary session that also removed the president’s two-term limit, allowing him to remain in power indefinitely.

This thought has since been widely cited by the media and government officials in a variety of contexts such as the arts, economic development, or the fight against COVID-19. Universities have opened institutes dedicated to their studies.

Politics lessons were already the rule in middle and high school, but with these new textbooks now in elementary school, ideology is invited from an early age.

Several parents have expressed discomfort to AFP but refused any interview for fear of getting into trouble.

“Brainwashing begins in childhood,” complained a user of the Chinese social network Weibo on Wednesday. “Can we refuse?” Another cursed.

This move comes at a time when authorities are launching a drastic campaign against minors’ addiction to online video games that they can now only play three hours a week.