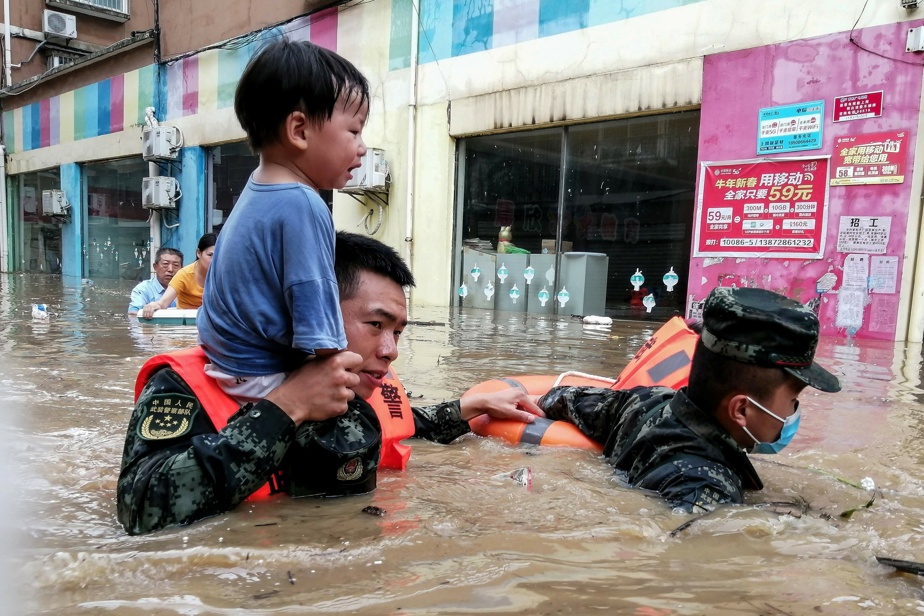 Hubei Province, a thousand kilometers west of Shanghai, has been hit by heavy rains since Wednesday.

According to the national television broadcaster CCTV, the town of Yicheng was particularly hard hit by a record of more than 400 mm of precipitation in one day on Thursday.

Pictures showed the city’s main arteries flooded by a stream of muddy water and surrounded houses.

Rescuers evacuated residents with waist-high water at night while other residents took refuge in the shovel of a bulldozer.

The city of Suizhou was not spared 140 kilometers east of Yicheng either.

“Yesterday there was up to two or three meters of water. My neighbors’ house was completely destroyed, ”one resident complained to a local newspaper.

According to Chinese weather services, torrential rains are expected again on Friday, but in the southwest of the country and in several eastern regions around Shanghai.

Because of the seasonal rains, China floods every summer. However, this year they are especially important.

Huge rainfall, not seen in six decades, hit central China on July 20, including part of the subway in metropolitan Zhengzhou. In three days the equivalent of nearly a year of rain fell.