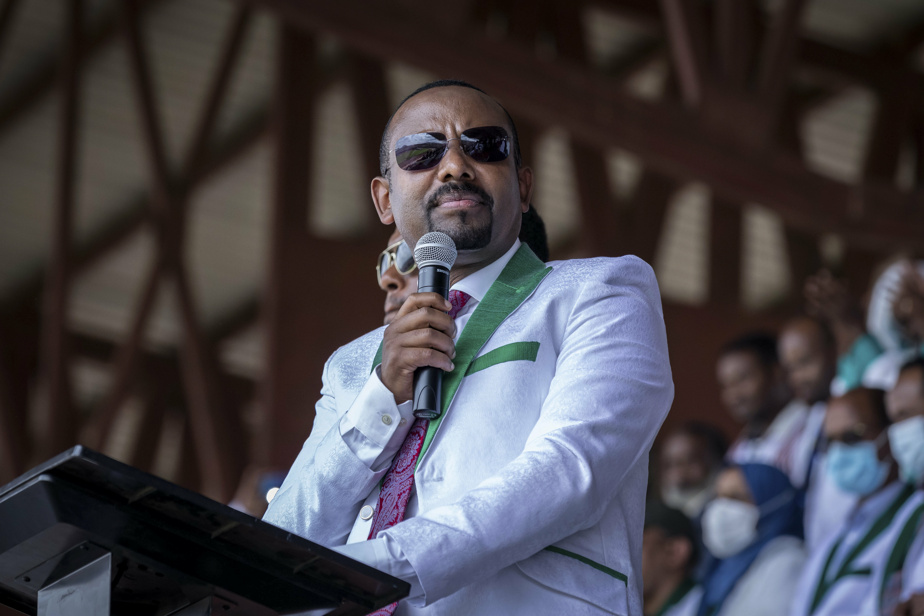 (Addis Ababa) Prime Minister Abiy Ahmed on Tuesday called on “all capable and adult Ethiopians” to join the armed forces as the nine-month conflict in Tigray has spread from the country to two neighboring regions in the north in recent weeks.

“Now is the time for all able and adult Ethiopians to join the defense forces, special forces and militias and show their patriotism,” the prime minister’s office said in a statement less than two months later after declaring a ceasefire.

The conflict in Tigray has seen a spectacular turnaround since the end of June.

The fighting began last November after Prime Minister Abiy Ahmed sent the federal army to Tigray to remove regional authorities from the Tigray People’s Liberation Front (TPLF). According to the 2019 Nobel Peace Prize laureate, this operation was a response to attacks on army camps ordered by the TPLF.

Abiy Ahmed declared victory at the end of November after taking the regional capital Mekele.

But on June 28, pro-TPLF rebel forces captured Mekele, then much of Tigray in the days that followed.

After a ceasefire issued by Abiy Ahmed – officially for humanitarian reasons – and the withdrawal of Ethiopian soldiers, the Tigrayan troops continued their offensive towards the neighboring regions of Amhara in the south and Afar in the east.

Last week, they particularly captured the Amhara town of Lalibela, which is home to churches that have been declared World Heritage Sites by UNESCO.

In its statement, the Prime Minister’s office announced that the security forces were now instructed to “put an end to the annihilation by the treacherous and terrorist organization TPLF and the foreign machinations once and for all”.

On Tuesday, a hospital official in Afar said at least 12 people were killed and dozen injured in an attack on civilians in Galicoma city on August 5.

“Twelve bodies have arrived at the hospital,” said Dr. Abubeker Mahammud, director of the referral hospital in Dubti city to which the victims were transported, told AFP. He also reported “nearly fifty” casualties, of whom “nearly 75% were gunshot wounded”.

According to the doctor, the survivors are said to have been targeted by fighters from the Tigray People’s Liberation Front (TPLF).

Afar regional government officials have cited a death toll of at least 200 in Galicoma that has not been independently verified.

In particular, Ayish Yasin, head of the regional government’s office for women and children, told AFP that “200 civilian bodies have been found”. […] and more than 48 are still missing ”. “Of the 200 bodies, 107 are children,” she added.

According to Ms. Ayish, these are civilians who were killed by artillery fire and immediately buried.

According to local government officials, this attack demonstrates the TPLF’s aggressive will and contempt for the dire humanitarian situation in northern Ethiopia.

TPLF spokesman Getachew Reda said on Twitter that government forces “launched an offensive against (his) forces in Galicoma on August 5th.” The TPLF “will work with the appropriate authorities to investigate each incident,” he added.

Humanitarian aid is still struggling to reach the region.

According to the United Nations, around 400,000 people live in famine in Tigray. On Monday, the World Food Program (WFP) estimated that 300,000 people in Afar and Amhara had faced food emergencies.

The United Nations High Commissioner for Refugees (UNHCR) announced on Tuesday that it had gained access to the Mai Aini and Adi Harush camps, which host Eritrean refugees in Tigray, for the first time since July 13.

But this access “remains restricted due to the complex and unstable security situation,” said UNHCR spokesman Boris Cheshirkov.

“Basic services like health care are still not being provided and drinking water is running out,” he added, again calling for “safe passage” for humanitarian convoys.

The TPLF regularly repeats that it does not occupy any territory in Amhara and Afar, but that it wants to facilitate humanitarian aid in the region and prevent the regrouping of forces close to the government.

Rule of law clause: the Greens call for an “Alliance of Parliaments” |