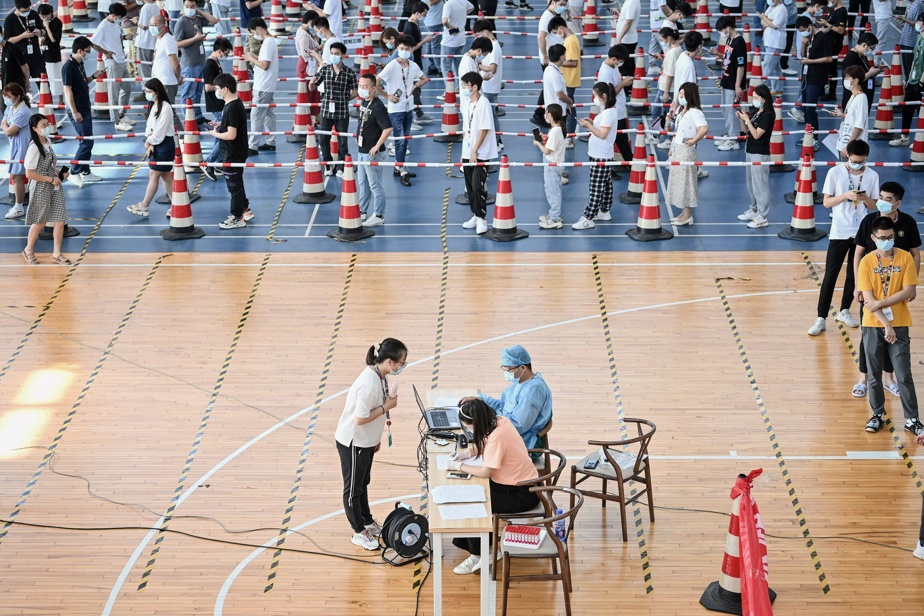 (Beijing) The Wuhan authorities announced on Sunday the end of the extensive screening operation for COVID-19 among the 11 million residents of this Chinese city, organized after a resurgence in the number of cases more than a year and a half after the coronavirus emerged there.

Tests conducted since Tuesday have “fully captured” the entire population of this metropolis, with the exception of children under the age of six and students who have gone on vacation, Li Tao, a senior community official, told the Xinhua News Agency.

Wuhan had recorded 37 locally transmitted COVID-19 cases on Saturday, while 41 asymptomatic carriers were discovered in the final round of testing, according to Xinhua.

City officials announced last week that seven cases of contamination had been discovered among migrant workers from other provinces.

China had practically eradicated the epidemic a year ago after the coronavirus emerged in Wuhan in late 2019 and an initial outbreak that resulted in extremely severe containment of the city’s population in early 2020, but it is facing another disease.

Authorities said they had mobilized more than 28,000 caregivers and 2,800 locations for the screening campaign.

The new Delta variant has reached dozens of cities and spread to Chinese territory after the contamination of employees responsible for cleaning aircraft at Nanjing Airport (East).

In the face of this resurgence of COVID-19, the authorities have ordered the containment of the population of entire metropolitan areas and taken measures such as the disruption of internal transport links and the organization of massive screenings.

Immigration officials warned Wednesday that they would stop issuing normal passports and other documents in order to leave China for “non-compulsory and non-urgent” reasons.

UN expects half a million more Afghan refugees in 2021