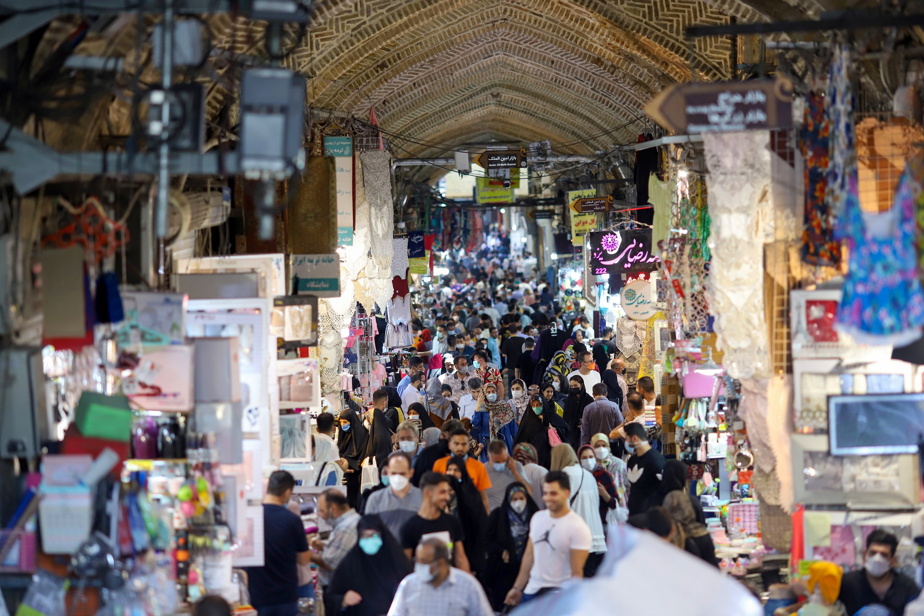 (Tehran) Iran has registered more than 500 coronavirus-related deaths in the past 24 hours, a record since the pandemic began in this hardest-hit country in the Middle East.

Iran had passed the symbolic mark of four million cases of infection on Wednesday, and the number of infections had also reached a new record for the third day in a row.

The previous death list was recorded on April 26th with 496 dead.

On July 28, people wait in front of a Tehran COVID-19 test center.

Official statistics on the epidemic are largely underestimated due to the approval of the national health authorities.

Since the end of June, the Islamic Republic has been fighting to contain the disease, which the government describes as the “fifth wave”, which is carried by the spread of the more contagious Delta variant.

“Even if the pace of vaccination is accelerating, compliance with health protocols has decreased significantly,” said state television, calling the situation “black” in view of the “crisis” of hospitals.

Like many countries, Iran is relying on vaccines to get out of the crisis, but the vaccination campaign that started in early February is not progressing as fast as the authorities would like.

Choked by US sanctions, the Islamic Republic says it is struggling to move funds overseas for vaccines.

More than 12.5 million people out of 83 million people received a first dose, according to the Ministry of Health, while only 3.7 million received the two necessary injections.

Supreme Leader Ayatollah Ali Khamenei on Monday ordered health officials to take “necessary measures” to contain the spread of the virus after the health minister proposed putting strict two-week restrictions in the country.

Iran has so far never imposed a tough containment, preferring to resort to measures such as a travel ban or the closure of companies.

The new President Ebrahim Raïssi said on Saturday that a plan “to change the way we fight the coronavirus” will be examined next week without further details. He also promised to support “the production of Iranian vaccines” without “hesitating” to import them from abroad.