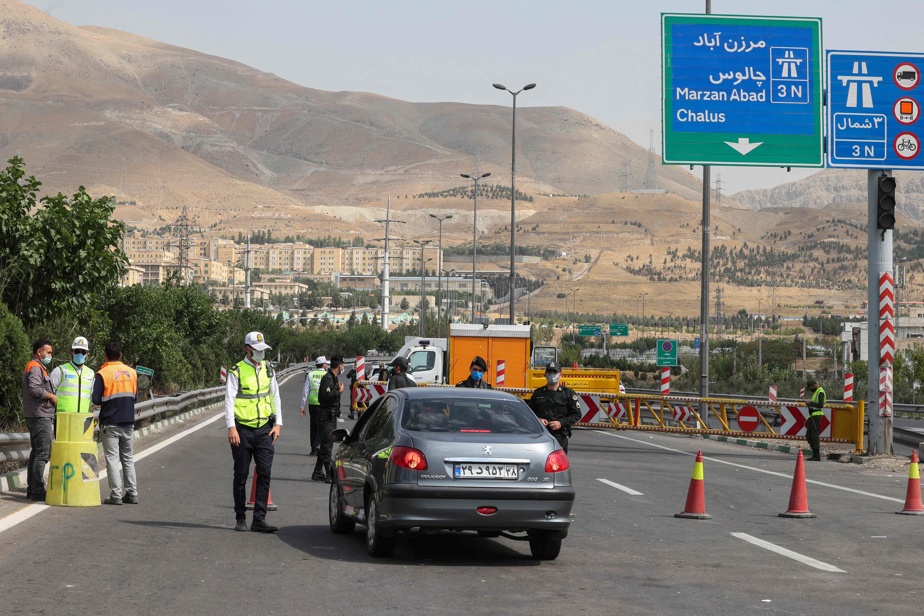 (Tehran) Iran has passed the 100,000 mark for COVID-19, the Ministry of Health said Thursday as the country tightened health measures to contain the spread of the coronavirus.

Iran is the Middle East country hardest hit by the pandemic. According to the company, the official balance sheets are largely undervalued.

Tehran has faced a significant increase in infections since June, with the authorities assuming a “fifth wave” to be caused by the Delta variant. And the balance sheets have become heavier since the beginning of August.

“The number of infections and hospital stays has stabilized in 14 provinces […] but the number of deaths is expected to rise in the coming days, ”said Iraj Harirchi, deputy health minister, quoted by Isna news agency on Wednesday.

On Monday, authorities put in place a number of measures to curb the spread of the coronavirus, including banning car travel between provinces until August 27, as well as closing administrations, banks and non-essential businesses across the territory.

On Thursday, the Isna news agency reported that some citizens had violated the driving ban, allegedly transporting their cars to tourist destinations by truck, particularly to Gilan province in the north of the country.

The Iranian authorities have often explained the rise in COVID-19 cases with “non-essential travel” and non-compliance by part of the population.

The new restrictions were put in place because of Shiite Ashura ceremonies that lead to large gatherings on Wednesday and Thursday. According to the authorities, however, the measures did not have any impact on the commemorations in the open air.

“The behavior of the pilgrims (during the ceremonies) will determine the development of the coronavirus in the country,” said Harirchi.

Iran, which has never completely restricted its 83 million inhabitants, had already taken partial measures such as temporary travel bans and the closure of factories.

Financially gripped by the American sanctions imposed on it since 2018, Iran says it is struggling to import vaccines despite trying to speed up its vaccination campaign.

Tunisia | An “open door” vaccination day to contain the crisis

News blog: who will govern Germany in the future?