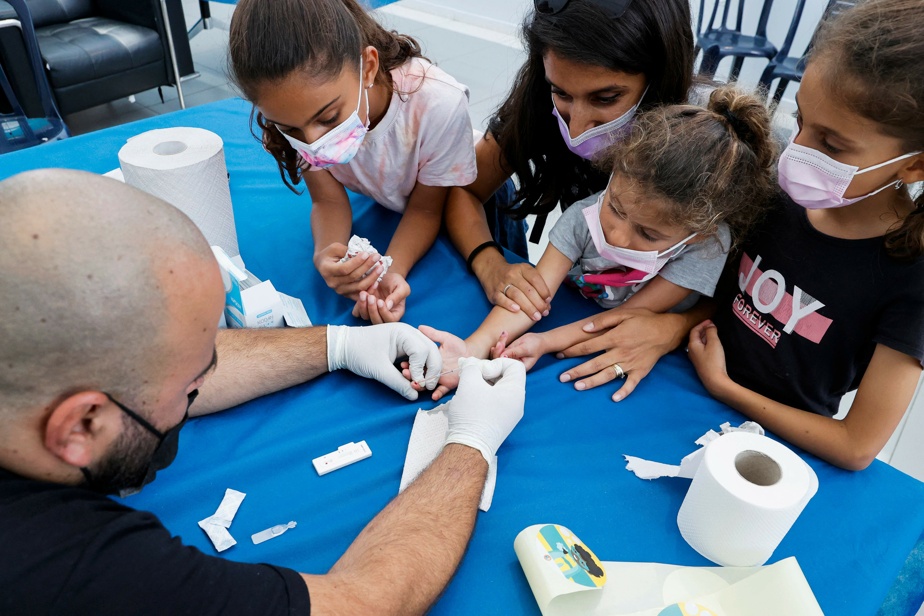 (Jerusalem) Israel announced on Monday that it would set up anti-coronavirus vaccination stations in schools at the beginning of the school year to strengthen immunity for the youngest against the backdrop of increasing contagion in the country, which allows vaccinations from the age of 12.

The students “will be vaccinated during school hours on the school premises, subject to parental consent,” said the Israeli government at the start of the school year on September 1.

Students under the age of 12 must have parental consent to be tested for the coronavirus.

In locations with high contamination rates, secondary schools must ensure that 70% of the students in a class are vaccinated. Otherwise, according to the government statement, the courses must be held online.

The Hebrew state has seen a surge in contamination related to the spread of the Delta variant for a few weeks now, after being one of the first countries to launch an extensive vaccination campaign in December and then this summer to approve a third dose of vaccination for people 40 and over Years.

About 30% of adolescents aged 12-15 received two doses of the vaccine, a lower percentage than other populations, authorities said.

The country launched a campaign on Sunday with serological tests for children aged three and over to check the antibodies these children develop before the start of the school year to see if they are already contaminated.

Those who have developed enough antibodies will not be forced to self-isolate when exposed to an infected person, which limits problems in schools, authorities said.

In total, more than 990,000 contaminations were officially registered in Israel, including more than 6,800 deaths. More than 5.4 million people received two doses of the vaccine, 58% of the population and about 1.2 million a third.

Mexicans vote on possible prosecution of ex-presidents for corruption