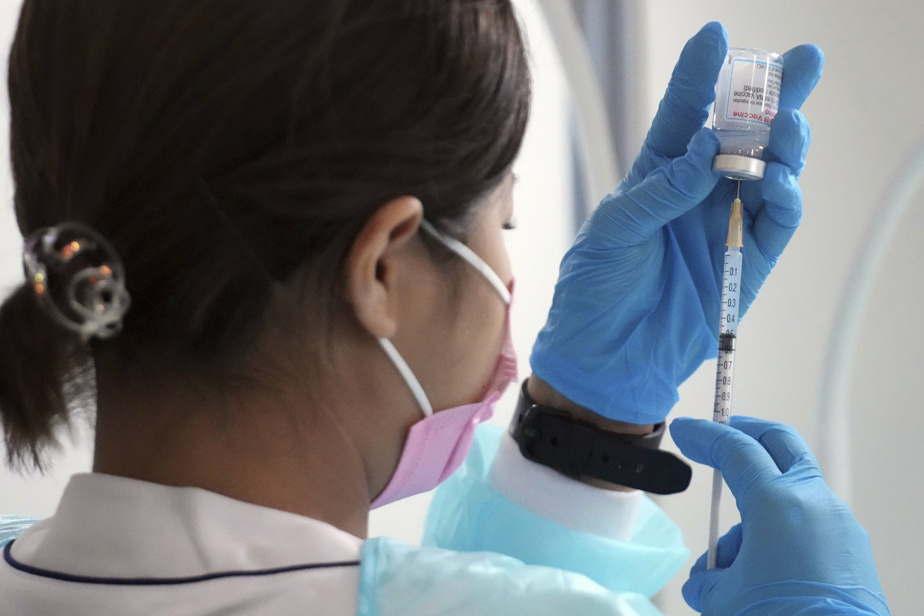 (Tokyo) Japan on Thursday announced it would suspend use of 1.63 million doses of the Moderna vaccine against the coronavirus after reports of the presence of contaminants in some vials of the product.

The Japanese pharmaceutical company Takeda, which imports and sells this American company’s vaccine in the Japanese archipelago, said in a statement that it had “received reports from several vaccination centers that foreign bodies were found” in vials.

“After consulting with the Department of Health, we decided to suspend the use of all three batches of vaccines as of Thursday, or a total of 1.63 million doses,” added Takeda.

Moderna, for its part, “is reviewing these reports and undertakes to act immediately with its partner Takeda and the regulatory authorities,” according to a separate press release.

This American company speculates that the problem stems from a production line of its subcontractor in Spain, Rovi, which makes its COVID-19 vaccines for markets outside the United States.

“To date, no safety or efficacy issue has been identified,” added Moderna, without specifying the nature of the contaminants.

It was found in 39 sealed vials of vaccines at eight different vaccination centers in Japan, including Tokyo, according to Japanese public broadcaster NHK.

These vials all came from just one of the three lots that had been discontinued in Japan. The use of the other two batches has been stopped as a precaution, said government spokesman Katsunobu Kato on Thursday.

“There is currently no evidence that doses of these pollutants have been administered,” he added during a regular press conference.

As a result, “we have no feedback” on potential health effects associated with injecting such suspicious doses, added Mr. Kato.

Before preparing and administering the doses, medical personnel also inspect the vials with the naked eye, said the Japanese Ministry of Defense, which manages mass vaccination centers.

The Department of Health will work with Takeda to distribute alternative doses to avoid disrupting the national vaccination program, which has been accelerating for several months after a slow start.

Approximately 43% of the population of Japan are fully vaccinated. However, that doesn’t stop this country from struggling with record levels of daily infections right now, especially due to the more resistant and contagious Delta variant.

Most of the archipelago is now affected by restrictions against COVID-19, but these remain limited and their effectiveness questionable as the government’s means of coercion to impose them are limited.

China relaxes rules for the French