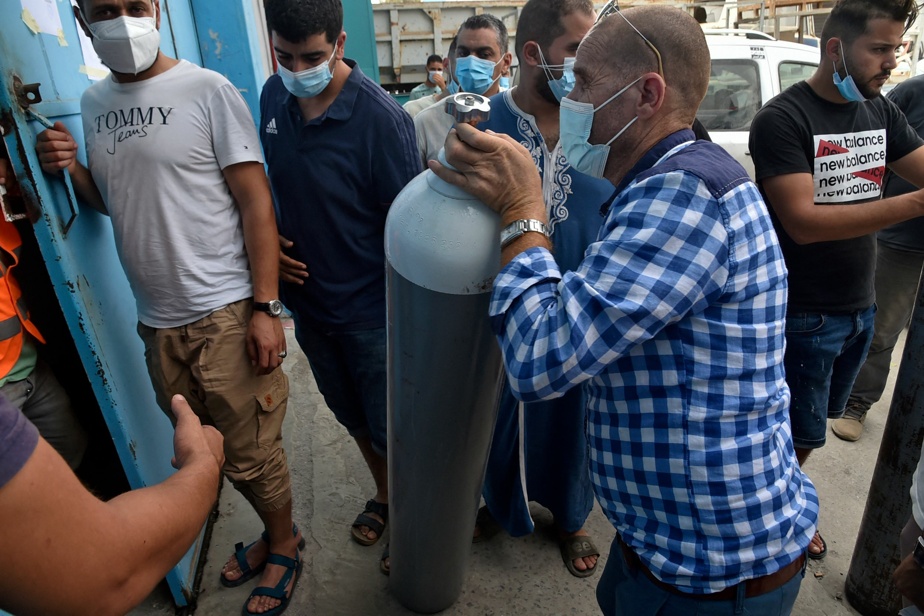 (Algiers) The Algerian Audiovisual Authority (ARAV) urged the media not to “focus excessively on negative news” in their coverage of the health crisis at a time when Algeria is experiencing a surge in COVID-19 and oxygen starvation cases .

In a statement on Wednesday evening, she urged TV channel managers to “carry out their missions for viewers and not overly focus on negative news and tragic stories related to the COVID-19 contamination.”

Such information can only “sow fear, anxiety and despair in society, and the situation will become even more difficult to deal with,” the ARAV said.

The Authority believes that it is essential to “respect professional rules, show weight in reporting and accuracy in the dissemination of information or images”, especially when social networks are “a main source of information”.

Those responsible for television news and information broadcasts are therefore called upon to “avoid dramatization and fear in speeches,” emphasized the ARAV.

The most populous country in the Maghreb (44 million inhabitants) is faced with a sharp increase in daily contamination cases.

Since the epidemic began in February 2020, 168,668 contaminations, including 4,189 deaths, have been officially registered. According to the Ministry of Health, the daily record for infections was broken again on Wednesday with 1,927 cases.

However, the number of infections in the past 24 hours fell to 1,537 cases on Thursday without giving a reason, almost 400 fewer than the previous day.

But the official numbers – especially deaths – do not reflect reality, as media reports from some medical professionals suggest.

In light of this third wave of pandemics in Algeria, the authorities specifically banned access to certain beaches and promised to speed up the delayed vaccination campaign.

Algeria has received 9 million doses of vaccine so far – Russian (Sputnik), Swedish-British (AstraZeneca) and Chinese (Sinovac and Sinopharm) – and will receive another 9.2 million in August, Benabderahmane assured.

“Algeria will produce the Sinovac vaccine locally starting in September, with a monthly quantity of 2.5 million doses,” he said.

But the immediate priority is the lack of oxygen. Individuals and some hospitals are absent, particularly due to inventory and distribution issues.

Volunteers have started handing out free oxygen bottles in Blida near Algiers, a prefecture one of the prefectures hardest hit by the pandemic, AFP journalists noted.

A private industrial gas company has decided to dedicate part of its plant in Blida to the production and filling of medical oxygen bottles.

Citizens of all ages are waiting in front of the factory, armed with medical prescriptions, hoping to get at least half of the oxygen prescription.

The bottles are free, but rationed to help as many families in need as possible.

“Even if it’s rationed, we can relieve as much as possible,” Farouk Touileb, 36-year-old paramedic, told AFP.

According to health experts interviewed by AFP, who wished to remain anonymous, “the industrial production of medical oxygen in Algeria largely covers hospital needs”, even in times of COVID-19.

“But the tension (in the supply) is the result of poor management of the distribution loop and a lack of anticipation regarding the needs induced by the third wave of the pandemic.

And large public hospitals have not benefited from a prospective plan to restart or purchase medical oxygen generators, the same sources said.

According to the Prime Minister, Algeria will import more than 160,000 liters of oxygen and ten production units with a capacity of 20,000 to 40,000 liters per day in view of the increasing demand.

It must bring in at least 15,000 oxygen concentrators in the coming weeks.

Afghanistan | American strike on IS target, the end of the evacuations soon

How important will clinical data be in the pandemic? | Free press

3 types of cancer linked to pesticide use in the workplace, according to a study – la Nouvelle Tribune